Samsung has just unveiled a new QLED TV range at CES 2017, which might just be the finest TVs available when they launch. But what exactly is QLED, what will it mean for your future TV viewing experience, and should you buy a QLED TV or an OLED telly? Our guide explains all you need to know.

What does QLED stand for?

As always, we’ll start by explaining what QLED actually stands for. In truth, it’s a bit of a fudge, because the full expression it’s derived from is ‘Quantum Dot Light Emitting Diode’.

QDLED doesn’t sound so good, though, so many have taken to dropping the ‘D’. Hence, QLED.

Name-changing aside, QLED is essentially a new variation on the quantum-dot TV technology that headlined Samsung’s 2016 SUHD (Super UHD) range.

We’ll explain what’s actually new when it comes to QLED in a moment, but first, let’s take a quick look at why quantum dots are such a prized asset for televisions.

As we said, we’ve seen quantum-dot technology before. In addition to SUHD sets like the Samsung UE55KS9000 (pictured below), devices such as the Amazon Kindle Fire HDX 7 and HDX 8.9 tablets pack these little particles.

Yes, particles. Quantum dots are tiny particles of between two and 10 nanometres in diameter. They’re employed in displays due to their ability – in conjunction with other materials – to give off different colours according to their size.

The advantage of this is that they’re capable of emitting brighter, more vibrant, and more diverse colours – the sort of colours that really make HDR content shine, thanks to the high peak brightness that can be achieved.

Quantum-dot TVs are also considered to be more cost-effective to manufacture than OLED ones, meaning consumers can enjoy comparable or even better picture quality at a lower price. That’s never a bad thing.

A potential sacrifice when it comes to quantum-dot vs OLED technology is contrast ratios, with OLED displays generally thought to be able to produce the deepest blacks – another holy grail for the 2017 AV enthusiast. 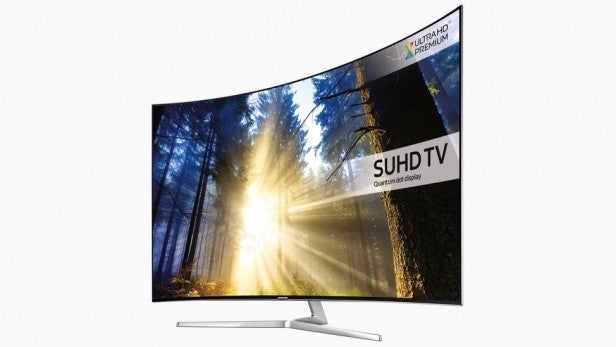 Quantum dot vs OLED vs QLED

So, we now know that quantum dots are great for brightness, and OLED typically comes up trumps for truly black blacks. Where exactly does QLED fit in?

QLED technology swaps the photoluminescent quantum dots found in current quantum dot TVs for electroluminescent nanoparticles, which means that light can be supplied directly to a display, instead of via an LED backlight, which can distort the pureness of colours, specifically the blacks we’re constantly harping on about.

If it sounds alot like the light transference process that happens with OLED TVs, that’s because it is. Rather than requiring a separate backlight for illumination, a QLED TV natively controls the light emitted by individual pixels, so similarly impressive contrast ratios should be possible.

QLED, therefore, theoretically combines the best of quantum dot and OLED technology – the clarity and deep blacks of OLED, the superior brightness and colour gamut of quantum dots – and results in a package that could boast a 30-40% luminance efficiency advantage, as well as helping lower power consumption.

We must stress, however, that QLED isn’t just OLED TV with quantum dots – it’s an entirely new technology that promises the benefits of both. 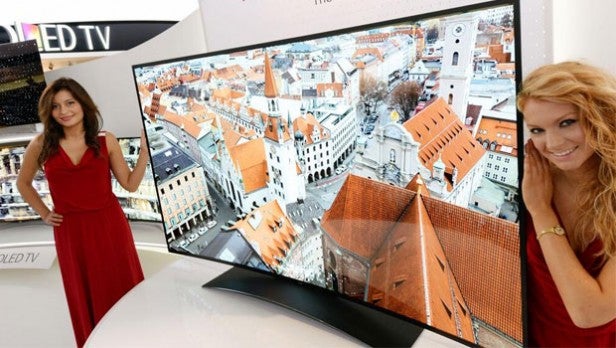 Where do Samsung’s new QLED TVs fit in?

Initially, we didn’t expect to see the first QLED sets hit the market until 2018, but Samsung jumped the gun at CES 2017 and unveiled its new ‘QLED’ class of 4K TVs.

Is it just a coy marketing ploy, or is the new-gen TV tech really there? It’s all a bit “yeah but, no but” at this stage.

Based on Home Technology Editor Ced Yuen’s hands-on time with the South Korean firm’s premium Samsung Q9F QLED-branded offering, these are seriously impressive new sets, but there are a few caveats worth mentioning.

What Samsung has actually done with its 2017 QLED TVs is to take quantum dots and wrap them in a new metal alloy, which allows for brightness, colour, and viewing-angle capabilities beyond anything we’ve seen before.

What Samsung hasn’t done, though, is ditch the LCD panel intermediary completely. Rather, it’s cleverly redesigned it so that backlights can now fire from multiple angles instead of a single trajectory, which is a kind of happy halfway house between the quantum dot of old and the ‘pure QLED’ we’ve talked about above.

In other words, Samsung has refined and even redefined quantum-dot screen design, but it hasn’t released a QLED TV ‘proper’, as it were.

That, it seems, is still one for 2018, as rival high-end TV manufacturers like Sony and LG seem to be going all-in on OLED this year.

WATCH: Everything you need to know about TVs

What do you think about QLED TVs? Let us know in the comments below.