The UE49MU7000T is a truly superior mid-range TV, thanks mostly to its brightness. While it’s no match in light output terms for Samsung’s much more expensive QLED models or Sony’s XE9305 range, it’s comfortably brighter than the vast majority of sub-£1500 TVs.

This matters most when viewing HDR content, allowing the MU7000 to deliver Ultra HD Blu-rays and HDR video streams with more of the format’s trademark brightness punch and expanded luminance range.

This results in an unusually effective balance between a shot’s brightest and darkest parts, with only the very occasional hint of the silhouetting issue with darker areas that can impact lower-brightness HDR screens. 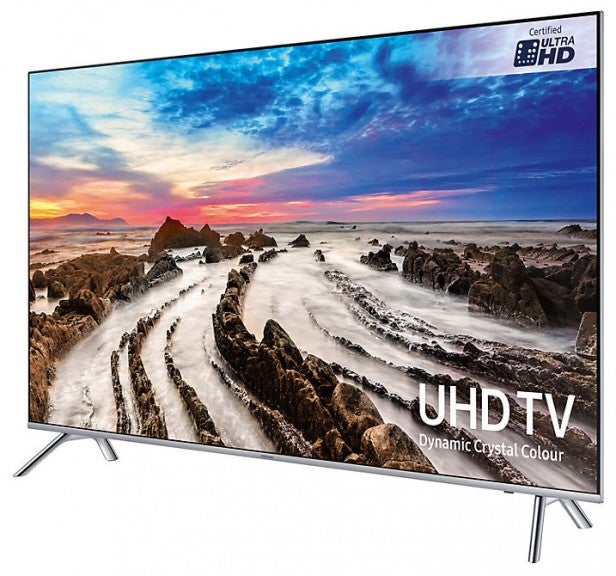 The exceptional HDR light control can also be seen in some startlingly refined shadow detailing during dark scenes. Even though black levels aren’t immaculate, as we’ll see later, even the darkest parts of the MU7000’s image contain seriously impressive amounts of subtle light and shade detail, ensuring that they never look hollow and flat like they can on many LCD TVs.

The UE49MU7000T excels with the sharpness and detail of its native 4K images. While it’s true that 4K comes more into its own the bigger a screen gets, five minutes with the MU7000 and a good quality 4K source are enough to silence any arguments over whether a 49-inch screen can really make 4K count.

There’s more unexpected precision from the MU7000 when it comes to colour. Tones across the board look eye-catchingly natural and subtly blended for a £1100 TV, as well as encroaching into more of the wide colour space we now get from most HDR sources than most similarly affordable rivals. The extra brightness helps here too, as it gives colours more of that key sense of real-world volume you’re looking for with HDR sources. 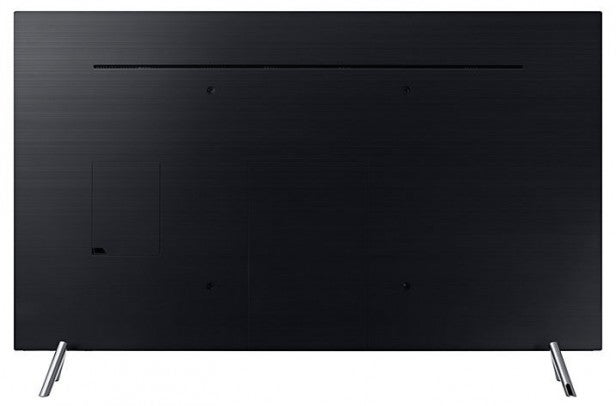 The MU7000 doesn’t rival Samsung’s QLED TVs on colour volume, but it does actually beat them in one colour respect: it suffers less with colour striping in areas of subtle blends. The problem isn’t completely wiped out, but it crops up less often and is less noticeable when it does.

Motion handling is decent enough if you follow my earlier setup advice, retaining good clarity over moving objects. The quality of Samsung’s video processing is also evident in the way it upscales HD sources to the screen’s native 4K resolution. There’s a marked increase in detailing and sharpness, and this is achieved without colours looking strained or noise levels becoming exaggerated.

With input lag measuring in at a supremely gaming-friendly 13ms, there are really only a couple of areas of weakness for the MU7000. First, its viewing angles before colour and contrast reduce are pretty limited. Contrast, in particular, can start reducing from as little as 25 degrees off axis.

The other issue is that black levels aren’t the deepest. While the UE49MU7000T can deliver dark HDR scenes with less greyness hanging over them than many similarly priced rival LCD TVs, it doesn’t reach the same black level depths we’ve seen on, say, the ‘Ultra Black’ panels of the MU8000 and MU9000 series. The amount of greyness can also increase if a dark HDR scene contains any bright elements; streetlights, torches, and so on.

Some greyness is inevitable with any edge-lit TV that’s pushing for as much brightness as the MU7000. And crucially, I found its backlight performance more consistent and thus immersive than that of Samsung’s more expensive MU9000 series, since its less profound black levels actually make it easier to hide the backlight clouding and banding issues usually associated with locally dimmed edge-lit LCD TVs.

Joining the MU7000’s mostly excellent pictures is a very respectable audio performance. There’s a more open-sounding dynamic range than I’d expected from a TV with so little frame to play with, and the speakers never succumb to distortion or crackling even at high volumes. There’s just enough bass around to stop action scenes sounding harsh or thin, and the sound projects quite nicely beyond the edges of the TV’s bodywork.

Voices can become a little muffled and things can start to sound a little crowded and dense when the going gets really tough, but for the most part the MU7000’s audio comes as a pleasant surprise. 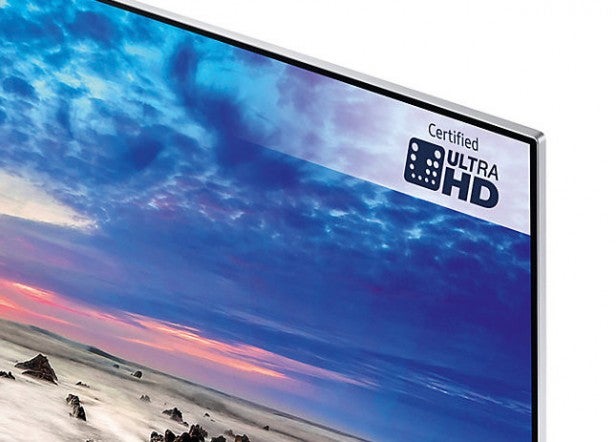 The UE49MU7000 is the TV to turn to if you want the most full-blooded HDR performance you can get for £1100. It makes the most of its native 4K resolution too.

Really the only worthwhile rival option we’ve tested this year is Sony’s KD-55XE8596. For £150 more this Sony gives you six inches more screen, better (or, at least, more consistent) black levels, and exceptionally sharp, clean 4K images no matter what resolution your content. The 55XE8596 is nowhere near as bright as the MU7000, however, so it doesn’t deliver as much impact with HDR.

For the money, one of the most appealing TV Samsung has released this year.