When I was asked to write this review of MSI Digi Player 600 my Editor challenged me to do so without using the word derivative. Well, it looks like I failed on that score. What he was of course referring to is the fact that the Digi Player’s design is clearly reminiscent of Apple’s iPod shuffle, with a similar shape and white livery. It also sports a similar looking control button arrangement and at 29g it’s about the same weight – only 7g heavier. 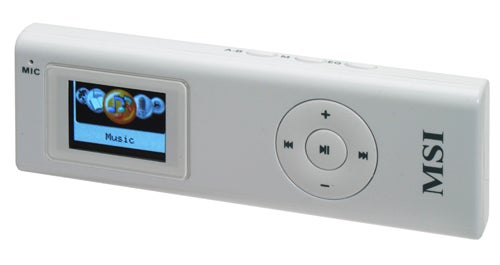 At 1GB it matches the iPod shuffle’s capacity but the main difference is that it offers a display, the lack of one being the biggest criticisms of the iPod shuffle. Not only that the display is colour. But not only can the Digi Player display photos, but it can also play video. It handles both MP3 and WMA, sports an FM radio and a microphone. Basically then, the MSI Digi Player 600 slays that iPod shuffle for features, yet costs £20 less. So why wouldn’t I touch it with a barge pole? Let me explain.


The MSI looks reasonable enough in its white livery and it feels perfectly fine in the hand but it undeniably looks cheaper than the iPod. As you can see from the picture, while the MSI logo appear vertically, the player is actually designed to be held horizontally – that’s the way the playback buttons and screen is aligned. In the corner next to the screen is a small microphone and to the right, the playback buttons, which have a poor feel to them. They are also slightly too close together, which means that you can press one at the same time as you press another. On the top edge are three buttons for controlling repeat functions, for accessing menus and for switching between equalizer modes. 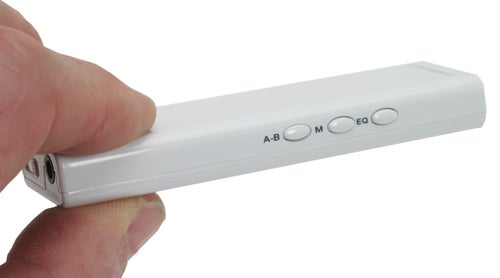 The player connects to the player via USB 2.0. However, unlike the iPod shuffle there’s no built in USB connector. Instead you have to attach an external USB dongle via the multi purpose mini jack connector. This then plugs into a supplied USB cable, which you in turn plug into your PC. It’s a clumsy method and knocks on the head any ideas of using this as portable storage without carrying all the cables with you.

At the side of the player is the afore mentioned mini jack connector for your headphones, USB and the supplied power charger. It also charges over USB. Next to this is an On/Off switch – but flicking this to On doesn’t actually switch on the player – to do this your have to hold down the Play/Pause button. But it doesn’t respond straight away, which means that you press it again – so that it comes on and then immediately turns off again. Once you have managed to turn it on, something that initially foxed everyone that picked it up, you hold down the EQ button to enable a soft key hold switch. 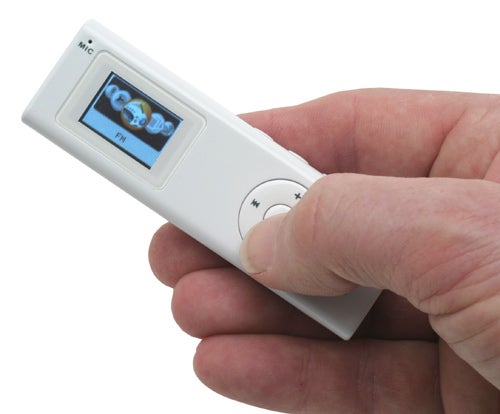 After the rigmarole or turning it on you’re confronted with a quite snazzy looked 3D style menu – with a music icon and the various functions available by scrolling left or right with the selection swivelling into view. Bizarrely though, you don’t access a given function by pressing the Play button in the centre as you would expect – instead you select the M labelled button at the top. If there’s an award for counter-intuitive interface design – this has got to be a contender.


As for the GUI – it looks as though whoever designed the chip inside got as far as the initial screen then either ran out of time or couldn’t be bothered. You instead get a very flat looking layout with basic angular text and too much information for such as small screen. You get the folder and beneath that the track playing. Above this you get the file format and the bit-rate, which flicks between numbers when playing Variable Bit-Rate files, the EQ setting and the time elapsed, and the total track time. At the bottom you get the date, the volume level and the battery remaining indicator. Really, it’s all too much for the one inch screen. 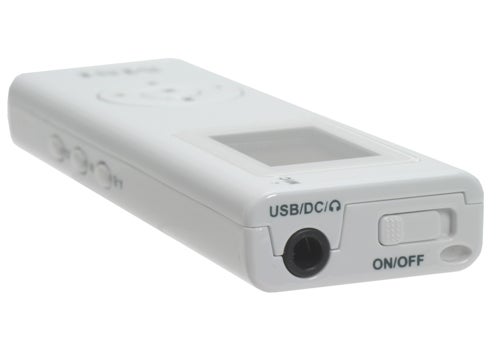 The display is OLED, which is used to fabulous effect in mono form on players like the iRiver N10 and the Sony NW-E507. Here however, in colour, it looks washed out and grainy. Not surprisingly photos don’t exactly look their best, though I’m not sure why you’d want to view photos on a screen with a one inch diagonal.


If that’s true of photos, how much more so for video? Remarkably, and largely pointlessly, MSI has squeezed this in too. It plays a format called AMV and a converter is supplied on the CD. It works, converting a short DIVX file without issue but really – the screen on this thing will make the one on your mobile seem like the Odeon Leicester Square.

Then there’s the fabulously labelled ‘E-Book’ section, which is just a plain text viewer. However, you have to scroll through your document from left to right, which renders it perfectly unusable.


The FM function is a useful addition but it didn’t sound particularly good, with plenty of interference when tested outside of the TR offices, whereas other radios I’ve tried have been crackle free. 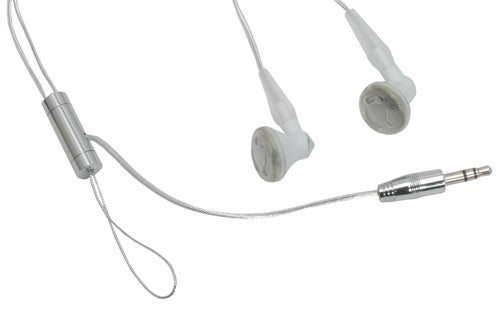 As for sound quality, the MSI is perfectly listenable, particularly on a good pair of headphones and the EQ button is at least easily accessible, should you wish to shape your music sound. Surprisingly the supplied headphones are quite decent. The cord is braided and housed inside a plastic tube and feels quite strong. There a chord for attaching to the player and a sliding fastener for keeping the headphones chord slack tidy. They sound reasonable too but things will obviously sound even better if you use a better set.


Getting music onto the player is straightforward – it’s just drag and drop, and the player can read files in the root folder too. You can move between folders by pressing the ‘M’ button and moving up and down and selecting, or by double pressing on the skip function to move between folders. It’s clunky and slightly painful, but once you get the hang of it, it works. Another oddity is the ability to increase the tempo of tracks but it introduced distortion if pushed to fast. 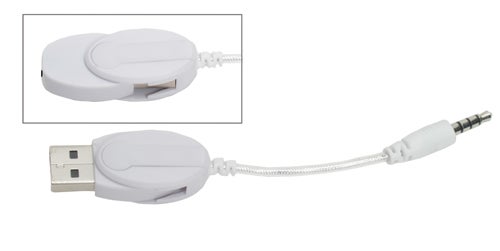 Other things that particularly bothered me while using the player though was the slight electronic noise that occurred whenever you start to play a track and the fact that when you press pause, the track fades in and out, a ‘feature’ that I couldn’t find a way of turning off. The player was also very sluggish to respond as times, which meant that I often made multiple presses and essentially lost control of what was happening.


This player might have a long feature list but this isn’t necessarily something worth celebrating. Navigation is difficult, the buttons have a poor feel and there’s no direct USB connector. And when it comes down to it, the screen is in fact more of a hindrance than a bonus.


Overall, the Digi Player is a good example of feature bloat gone mad. MSI has chucked everything at it without nearly enough thought going into usability. When I see a product like this I can only think that MSI should stick to what it knows best, such as motherboards and graphics cards and leave branded consumer electronics to the experts. As an MSI MP3 Player it’s a failure and only serves as the best advert for an iPod shuffle that Apple could have hoped for.