The LG G4c has an 8-megapixel camera on the back and a 5-megapixel selfie cam up front. Plenty  of phones at the price are starting to offer 13-megapixel cameras, getting you more detail in good lighting. However, there’s more to a camera that detail.

Here we get a mixture of good and bad performance elements that add up to a phone with a fairly good hit rate, but a fairly low ceiling when it comes to pure image quality. On the positive side, the LG G4c is great at getting you bright-looking daylight photos, even when the sun’s just out of the shot. In some budget phones we’ve used recently, this tends to result in a very grim, dim-looking foreground as the camera brain struggles to meter correctly. 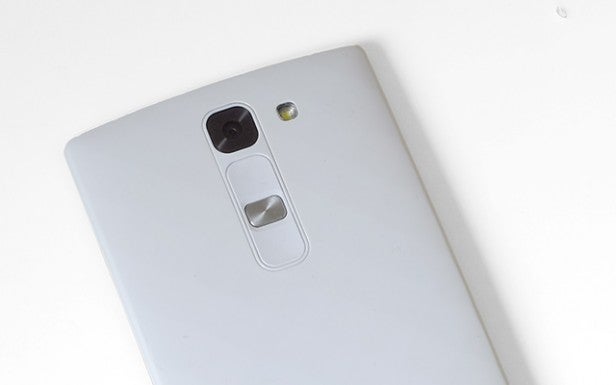 This seems to be a tip it has taken from the LG G4, which, compared with the Galaxy S6, tends to slightly overexpose if in doubt. It does mean the LG G4c’s shots often feature some part that’s blown out, but we’d rather that than the depressing shots you often get with the Sony Xperia M4 Aqua.

We also noticed none of the serious purply colour skewing that’s also quite common in lower-end phone cameras.

However, there are some less favourable bits too. The LG G4c’s shots often suffer from quite obvious sharpening. What it does is to increase contrast around fine details, to make them pop more. This algorithm doesn’t seem to do this to all fine details, but ones that are already a bit clearer. And it tend to give images a stressed look that seems rather unnecessary and is quite obvious without even zooming-in to a picture. 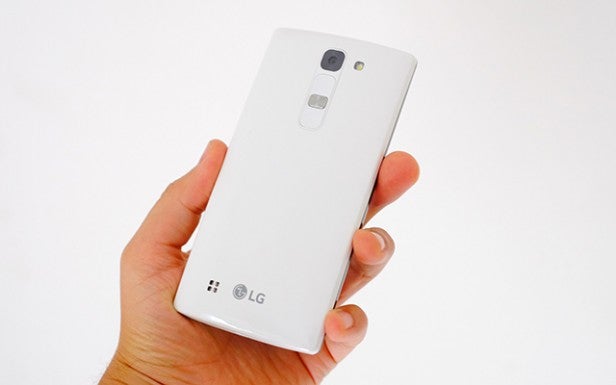 We do understand LG’s desire to make the most of detail: the LG G4c actually shoots 6-megapixel photos as standard, cropping into the 8-megapixel sensor to get a widescreen aspect.

The LG G4c is not much cop at low-light shots. The image processing flattens all fine detail in indoors lighting or lower, and colour fidelity flies out of the window too.

There’s also no provision for night shots. Take a picture of a night sky speckled with the lights of building and it’ll be mostly pitch-black. It’s nothing like the quality you get from the LG G4, predictably enough. Here are some shots we took with the LG G4c: 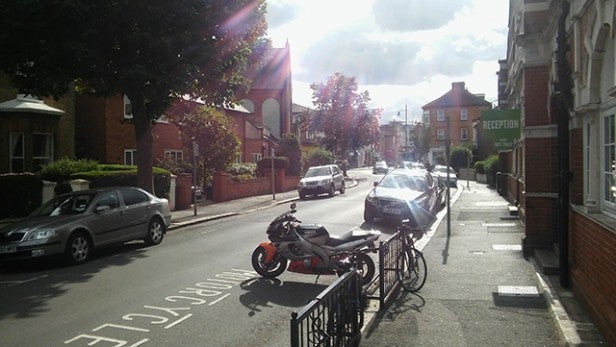 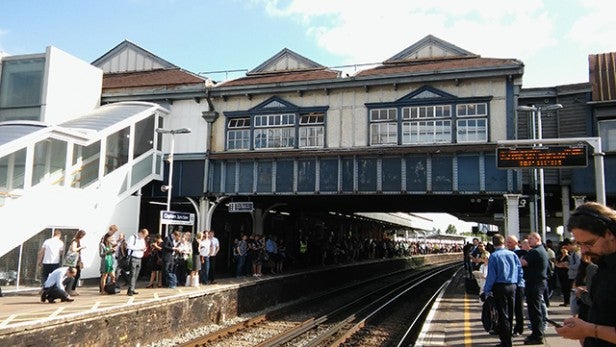 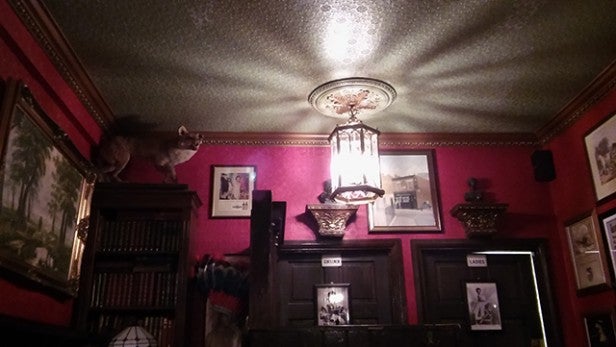 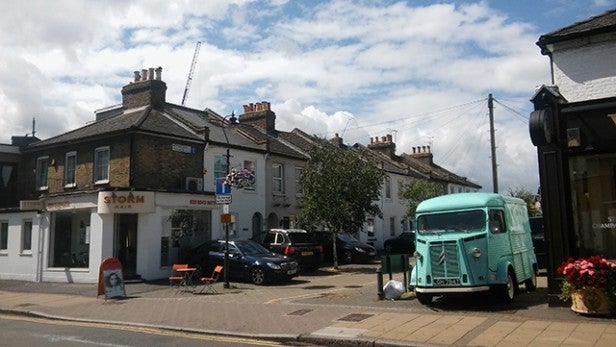 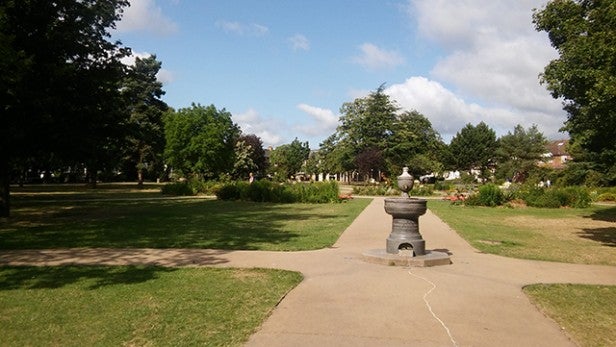 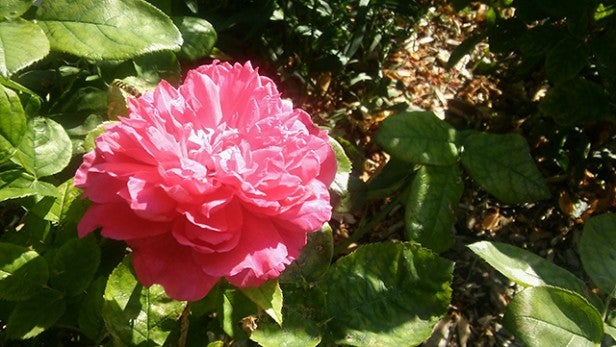 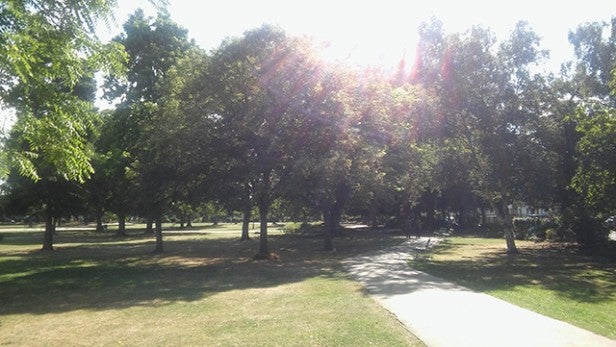 Another example of the LG G4c coping well with challenging lighting 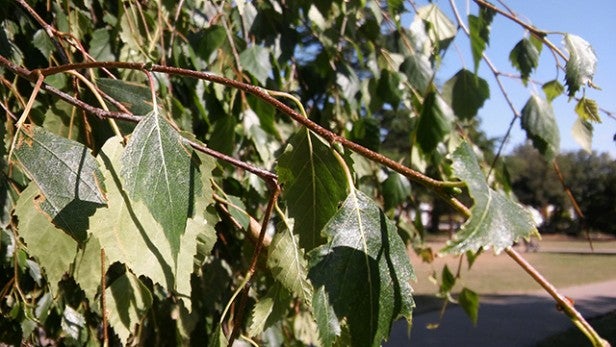 The ‘crispiness’ of the leaf details shows up sharpening 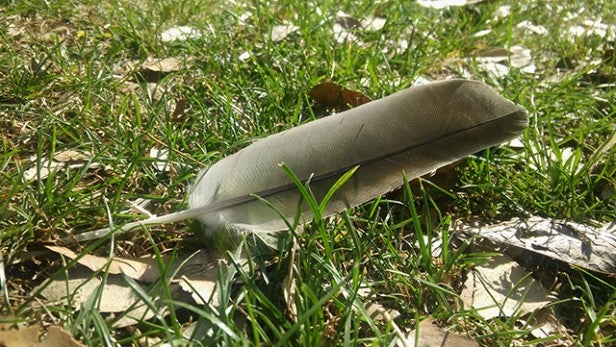 The LG G4c gives you almost zero control over the camera’s settings. There’s no HDR mode, no scene modes and no filters. It’s even simpler than the iPhone’s camera app. There’s touch focusing, the option for gridlines and a shutter button. That’s about it.

We don’t mind as much as we might do, because as long as you’re shooting in daylight the LG G4c doesn’t need to lean on an HDR mode as some other cheaper phones do. But many of you will probably miss the extras like this and panorama.

Despite having a relatively high-resolution 5-megapixel sensor, the front camera is actually slightly disappointing. Its shots don’t capture any more detail than a decent 2-megapixel sensor when dealing with indoors lighting (something the main camera is bad at too).

The LG G4c’s camera array isn’t a disaster, but it’s nothing too special either.

The LG G4c has a 2540mAh battery, a sensible but ultimately not class-leading size for a phone with a screen of this size. It gets you pretty good stamina, similar to what we squeezed out of the Moto G 4G.

On an average day where you don’t hit the LG G4c too hard you should end up with around 30 per cent by bed time to take you through to the next day. On one way where we streamed a few podcasts over the 4G signal and did a bit of bonus browsing, we still ended up with 15 per cent to take us through the night and into the next day.

It’s a solid performance that puts it in the upper-tier of 5in mid-range phones. However, it’s right at the top when tasked with our usual looping video test. Much like LG’s Android tablets, the LG G4c lasts for absolutely ages when playing a 720p MP4 file: 14 hours. That’s very long indeed, beating rivals by as much as 4.5 hours. It’s just a pity actual real-life performance is a bit more ordinary. 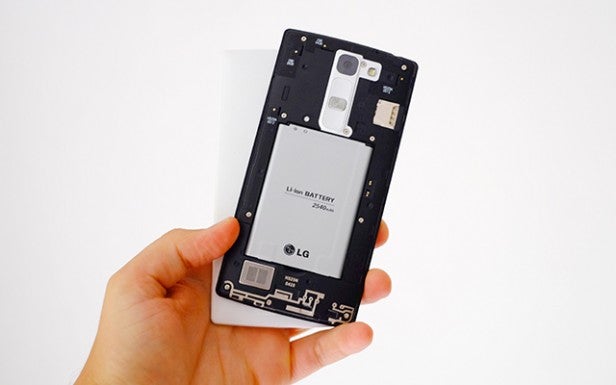 Back to the trend of being good but not great, the LG G4c has a single speaker on its rear that gets you passable sound quality, with a stronger-than-average mid-range that stops the small driver from sounding too tinny.

Volume from the call speaker is fairly good, loud enough that use it in a moderately quiet room and the loudest setting is uncomfortable. Call quality sounds somewhat compressed and lacking in treble clarity, but will do the job. The LG G4c also has a noise cancelling microphone up at the top to help deal with noisier environments. 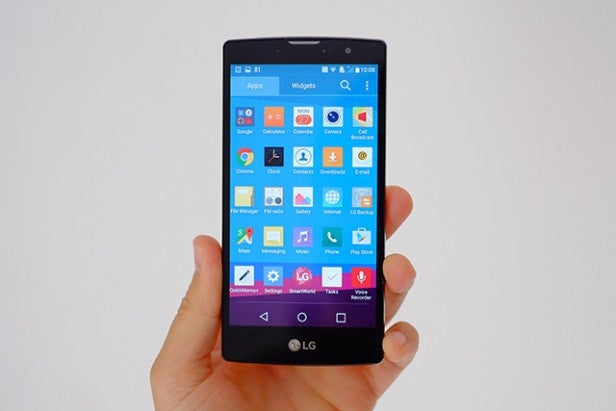 Should I buy the LG G4c?

The LG G4c is a 5-inch 720p phone sold at a slight premium over the growing range of similar phones like the Moto G 4G and Vodafone Smart Prime 6. However, it doesn’t have any serious benefits while also suffering from some pretty irritating lag.

You can do better at the price, with the Honor 6 getting you an upgrade in almost every respect for the same money. Even the Sony Xperia M4 Aqua, another big-name rival in this class, offers better value and doesn’t suffer from quite the same performance problems.

If LG manages to squash the lag, the LG G4s would make a decent affordable phone. However, it still would not be close to the best in its class.

Performance issues and a relatively high price make this a disappointing mid-range Android.