Update: It might be ‘old’ now, but the G4 is still a great phone – especially as it’s currently going for under £300/$250 at select retailers. There still isn’t much else in that price bracket to worry it at the moment.

The LG G4 has a lot to live up to since its predecessor, the LG G3, was crowned TrustedReviews’ Phone of the Year in 2014. It largely succeeds, too. The LG G4 has taken all the best bits from the LG G3 and rolled them into a new and improved package.The LG G4 is to the LG G3 what the iPhone 5S is to the iPhone 5. That’s to say, its alterations are more evolutionary than revolutionary.

Don’t let that deceive you, though – it’s brought with it changes that hit nearly all the right notes. This is another all-round excellent flagship from LG and it costs considerably less than the likes of the Samsung Galaxy S6 or iPhone 6, while matching, or surpassing, those competitors in nearly every respect. It provides speedy performance, a great screen and arguably the best smartphone camera around.

If you don’t mind the hard plastic that LG seems intent on persisting with, then this could well be the handset for you. Down from £450/ $550 at launch to as little as £250/$200, the LG G4 is now even better value for money and still presents a compelling case.

This phone has been replaced: Read our LG G5 and LG G6 reviews

The LG G4 looks and feels a lot like the G3 and in most ways this is a good thing. In most ways.

A 5.5-inch screen can make a phone unwieldy – just try handling the mammoth iPhone 6 Plus or Galaxy Note 4, or worst of all the Nexus 6. Not so the LG G4. This is a phablet screen in a smartphone’s body. That means that you can use the G4 one-handed as easily as you’d use a 5-inch phone. 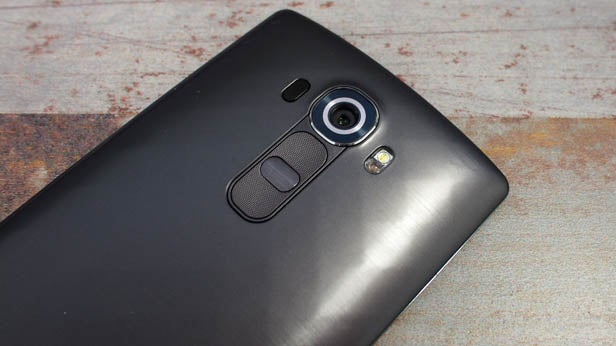 Using the LG G4 is even easier than handling a smaller handset, in some respects. The rear button design that’s been around since the LG G2 has had a little fine tuning and works better than ever. In fact it’s so clever that we’re shocked other companies haven’t copied it yet. It gives you easy access to all the buttons you need with your index finger, by touch alone. This means both left- and right-handed people will have the same experience.

It takes a bit of getting used to if you haven’t used a phone like it before, but within a few days you’ll be handling the LG G4 like a pro, and loving those rear buttons. 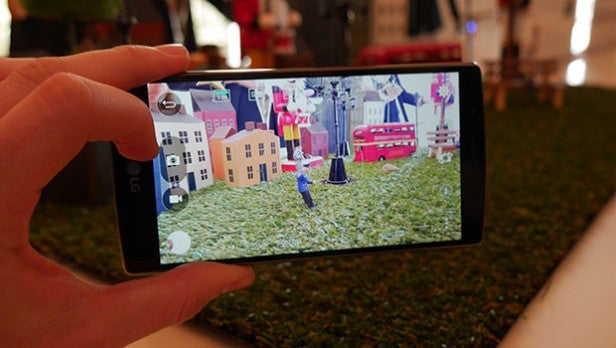 The only problem with their location is taking photos using a button, rather than tapping the screen. You can do this on the G4 using the volume-down button, but it requires you to awkwardly stretch a finger behind the phone.

In spite of this one small issue, ease of use is the major benefit of the rear buttons, but clean design is another. All the edges of the G4 are smooth, save the bottom which is home to the Micro USB port and headphone jack. Nothing interferes with holding the phone comfortably.

The key difference between the LG G4 and the G3 is a faint curve to the screen. And when I say faint, I mean faint. This is nothing like the steeply curved sides on the Samsung Galaxy S6 Edge and doesn’t give the phone anywhere near the sex appeal of Samsung’s far more expensive curio.

The curve makes the phone ever so slightly banana shaped, so the mouth-piece rests nearer your yapper when you’re on a call. Unlike the bendy LG G Flex 2 or famously curved Nokia 8110 (of Matrix fame), the curve here is so faint that it makes hardly any difference at all. OK, it does fit a little better than straight phones do when pocketed in tight jeans, and it does feel nice in your hand, but that’s about it.

LG claims the curve makes the phone “20% tougher” – 20% tougher than what, we’re not sure, although the little bit of flex it has could, potentially, spread the force of an impact better than more rigid handsets. Like the Galaxy S6 Edge all signs point to a classic case of something that’s been done because it can be done, not because it offers any benefits you’ll really care about. 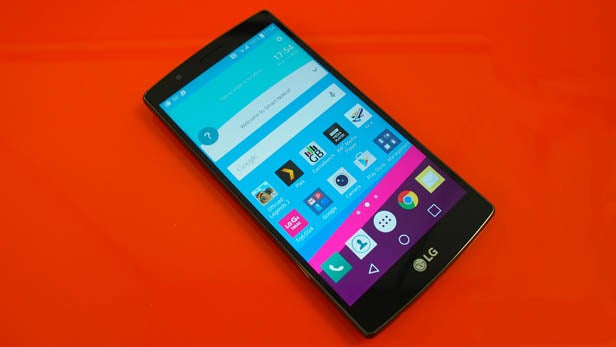 It’s not just the curve we’re dubious about. The edge of the G4 is glossy plastic made to look, a little, like metal. We’d hoped this was a trait consigned to the smartphone graveyard along with the chromed-plastic edge on the Galaxy S5. The LG G4’s is nowhere near as bad as that, but it’s not a material that stands up to the likes of the metal iPhone 6, HTC One M9 or Galaxy S6 in terms of cachet.

Still the LG G4 is a phone that is put together well. It has good heft without being too heavy, and it doesn’t creak when put under stress. Splash out a little more and you can get a rear made from a thin layer of genuine leather, as opposed to the plastic back (although if you opt for leather you also get a plastic back bundled in the box). 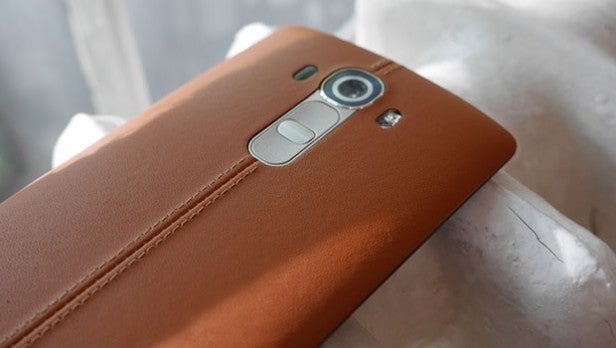 If you’ve not squeamish about leather, this is the version to go for. The seam helps guide you to the rear buttons, and is super-grippy. It makes the LG G4 look more classy, and closer in value to its illustrious competitors. It doesn’t feel great, though. There’s no warmth or softness to the the leather, so it doesn’t give you the feel of slipping on your favourite, worn leather jacket.

It may not look as pricey as a metal phone, but when it comes to spot-on ergonomics and fitting a big screen into a small body, the LG G4 is as good as it gets.