What does the ‘c’ stand for? Much as LG would never say it’s the intention, ‘cheap’ fits the bill pretty well. The LG G4c is a cut-down version of the LG G4, sharing its style but grafting it onto a smaller, more affordable phone.

However, at £229 it’s not exactly that cheap, with the LG G3 available for just a few notes more. And some fairly intrusive performance issues mean it’s not even a top contender among the growing number of 5-inch quad-core mid-range phones.

The LG G4c looks like a pretty plain mid-range phone front-on. It’s black, fairly sharp-edged and has software soft keys, leaving the LG logo the only attention-grabbing element up front.

It’s on the back where we find the LG G4 family resemblance that earns this phone its name. The LG G4c has diamond-shaped contours embossed into its rear, just like the non-leathery LG G4. LG likes to call this cover style ‘ceramic’, but it feels a lot more like good old standard plastic when you prise the thing off and bend it with your hand. 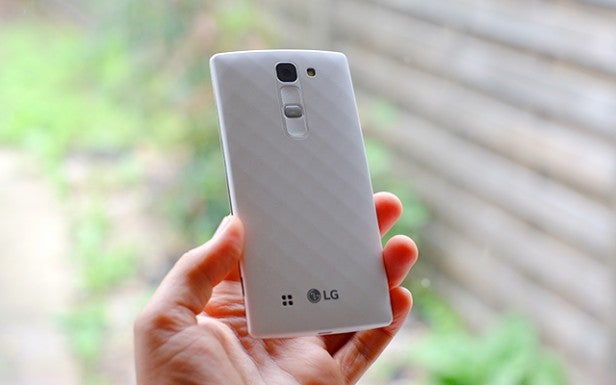 Still, the style is a cut above most of the aggressively priced 5-inch phones we see. It’s a lot more assured than the EE Harrier, for example, which tries to avoid looking like a bland, anonymous budget mobile by plastering its back with a faux brushed metal finish.

The front of the LG G4c also has a very, very slight curvature to it. Not that you’d notice unless you were told, mind.

The bit that really alters how the phone feels to use is the control style. Like so many other LG phones, the LG G4c has buttons on the back rather than the sides. It’s the usual trio, of volume buttons plus power button. 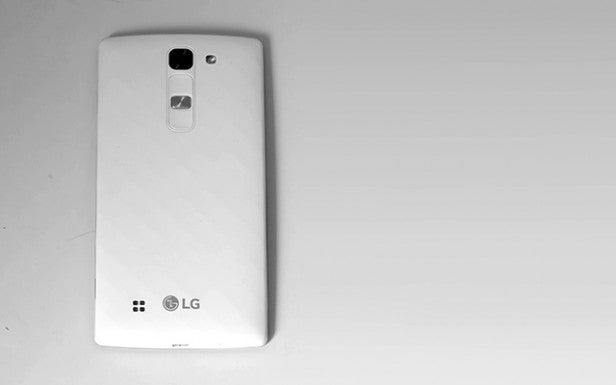 These buttons have been refined over the last few years, and now feel pretty good. Naturally, some people loathe them, but ergonomically they’re about as good as a set of well-placed side buttons.

In use, the LG G4c has much more a general LG vibe than an LG G4 one, though. With a smaller, chunkier 10.2mm-thick body its shape is actually quite different to the G4’s. The two don’t really feel the same. What you get here is a bit closer to a glossy-back Moto G.

You could say the same for the screen too. The LG G4c has what is the current display template for a great upper-budget or mid-range phone, a 5-inch screen with a 720p panel.

It’s fairly sharp, colours are reasonably good. Neither area is quite perfect, with colour tones looking a touch dark, but then slight compromise is the norm for a mid-range phone like this. 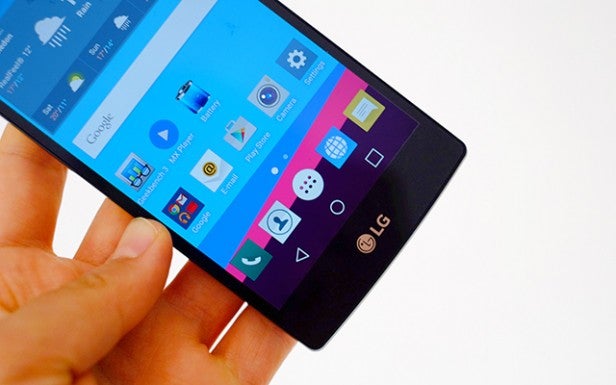 Compromises are fairly slight too. The screen is a good size, and offers the image quality needed to make playing games and watching Netflix or YouTube good fun.

One of the issues that’s no surprise when you consider this is a somewhat cheaper phone is that the LG G4c is pretty prone to fingerprint marks. This becomes obvious when the screen catches the light, which can be a problem when you take the phone outside. Outdoors visibility is fairly decent, but by no means remarkable.

Like almost every other 5-inch 720p phone, the LG G4c uses an IPS LCD screen, getting you good viewing angles with no hint of contrast shift. There’s a bit of brightness loss when looking at the screen from an angle, but nothing you’d probably notice in general use.