The LG G4c runs Android 5.0.2 Lollipop at the time of our review, a pretty recent version of Google’s OS. But you don’t get vanilla Android here.

It has LG’s usual custom Android skin, similar to what’s seen in the LG G4. It’s really not the most attractive of custom UIs, though, and features several dated elements.

Standard Android and most custom interfaces have done their best to get rid of some of the lingering stuffiness and questionable style Android grew up with. But the LG G4c still has some of that. 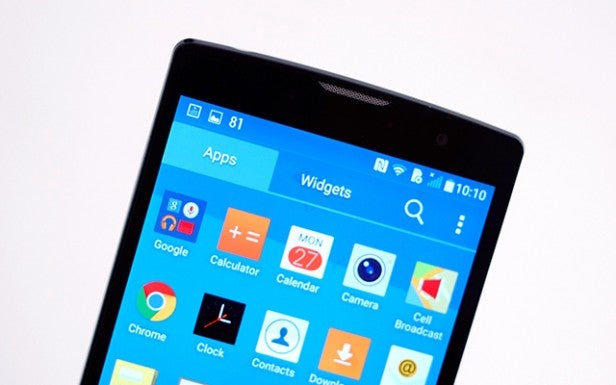 Its visual style is still very angular, but then there are a few too many little extra UI elements for the LG G4c to pull off this look perfectly. The apps menu is cluttered-up by needless tabs, for example. And the inbuilt widgets just aren’t as good-looking as they could be.

This criticism of looks is very much a personal thing, of course. Perhaps you’ll love all those sharp lines. But we prefer the more relaxed look of the Moto G’s standard Android Lollipop. 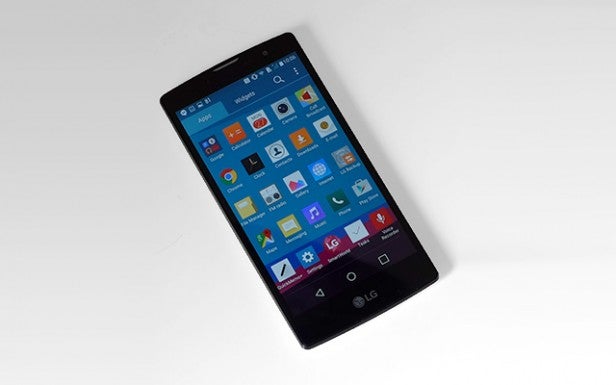 One of the more major functional differences of the LG G4c’s software is totally optional. If you like you can add notification drawer and note-taking buttons to the soft key bar. The quick memo button lets you scribble away on the screen and then save the results to the phone’s gallery.

There’s just 8GB storage in the LG G4c, so once you’ve installed a couple of games and taken a bunch of pictures, you will find memory running out. LG’s system customisations mean just under 5GB of the initial storage is chomped-up. This is around the norm for an 8GB phone. 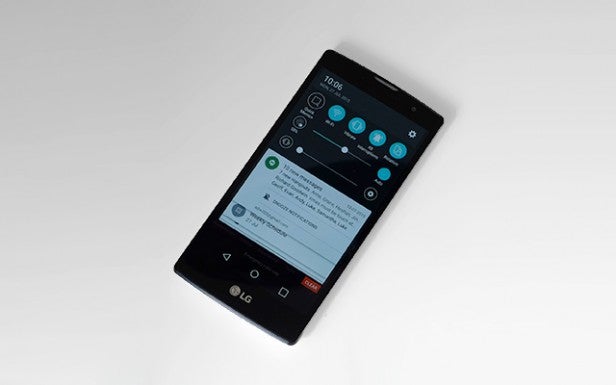 This is not the issue we have with the LG G4c, though. If you want more storage, you can always plug in a memory card. The real problem is performance.

The LG G4c is very sluggish at time, taking quite a while to switch between or load apps, and exhibiting pretty serious lag in the browser whether you use Chrome or the LG/stock one. This started off bad enough when we first booted up the phone, and it only got worse once we installed some apps and games, taking up more of the phone’s free memory.

We also tried factory resetting the LG G4c a few times to check that something hadn’t gone amiss in the software that could be avoided. But it seems to be more than that. 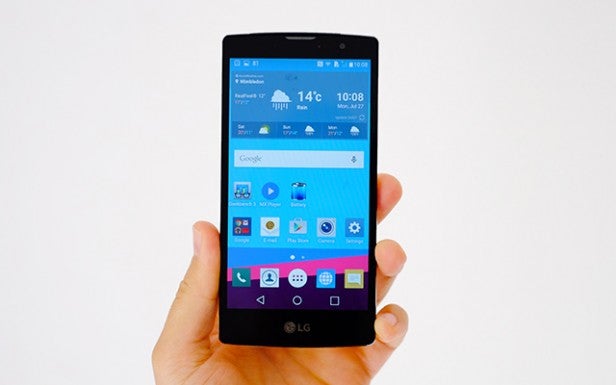 This sort of lag in cheaper phones has become much more of an issue since Android Lollipop arrived. Where 1GB RAM and a quad-core processor was enough to virtually guarantee you satisfying performance with Android 4.4, all bets are off these days.

However, this is probably the worst case of Lollipop lag we’ve seen so far. Given the things that set it off, it seems to be much more an issue of RAM/virtual memory allocation than something more CPU-based. It’s day-to-day use that’s the problem, not things you might assume would be more challenging such as 3D games.

When not dealing with unpredictable juggling of memory, the LG G4c does perfectly fine. It has the Snapdragon 410 processor, an up-to-date entry-mid-level CPU that has proved capable of running 720p phones near-lag-free in the past. We hope LG manages to fix this with an update as it’s largely responsible for the dim reception we’ve given the phone.