Let’s start with sharpness. The LG G4 has the same Quad HD resolution as the G3 before it, but in many ways this is a better screen.

Images and text are pin sharp – more so than on the pricier iPhone 6 Plus. When screens on phones get this high-res it’s hard to notice the difference unless you start peering at them like a jeweller checking the quality of a diamond. The LG G4 is as sharp as you’ll ever need a phone to be.

The screen is bright too. One complaint levelled at its predecessor was that top brightness lacked a little punch. LG has resolved this and then some – it’s 25% brighter than before. This makes it a pleasure to use on a bright day where the sun can’t wash out the powerful screen. 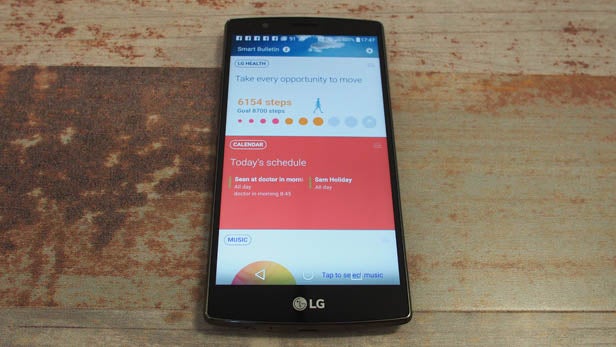 Contrast levels are also better. LG claims a 50% improvement, making dark scenes in films look deep, helped a bit by that tiny curve. There’s not quite as much detail as some other screens – intricacies become a little muddled with their surroundings – but you’ll need to look closely to spot this. Both the iPhone 6 Plus and Galaxy S6 screens are better at conveying the finer points of detailed scenes.

The third and final improvement relates to colours, and here LG hasn’t got it quite right. There’s a lot of talk about the Quantum Display technology on LG’s screen being able to reproduce a wider range of colours and having improved colour accuracy compared to other LCD-toting phones. 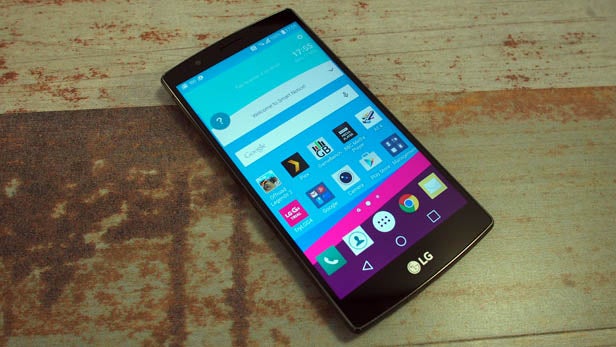 However, in what could be an attempt to match the rich palette of the AMOLED Galaxy S6, LG has packed the G4 with too much colour. At top brightness the homepage screens and icons look garish – reds and pinks in particular glow with retina-busting intensity. Unlike on recent Samsung phones, you can’t tone the colours down either – hopefully LG will add a setting to the G4’s display controls in future software updates. Some people won’t mind the super-vivid colours; others might find them a little over-the-top.

Oddly the oversaturated colours don’t seem to affect video, so watching movies or having a Netflix binge is no problem at all. It’s a better screen than the LG G3’s, and that was pretty good to start with. What it does affect is taking photos. Colours look unnatural, especially in darker settings with mood lighting. The pictures themselves look great, it’s just less likely you’ll get the shot you expect.

All in all the LG G4 has a great screen. In some respects it’s not quite as good as its key competitors, but you’ll need to be a picky pedant – a little like us, then – to not be delighted with it while watching a blockbuster on the move.

The LG G4 comes with a rear-facing mono speaker. It’s punchy and has plenty of grunt at top volume. It doesn’t match the excellent front-facing stereo speakers on the HTC One M9 when it comes to clarity, warmth and detail, but it’s more than adequate for watching YouTube in bed. There’s a pleasing depth to dialogue and a surprising amount of bass.

The speaker’s location means it’s easy to cover the grille with a finger or palm, but this doesn’t muffle the sound the way you’d expect it to. It behaves a lot better than, say, the rear speaker on the Galaxy S5. 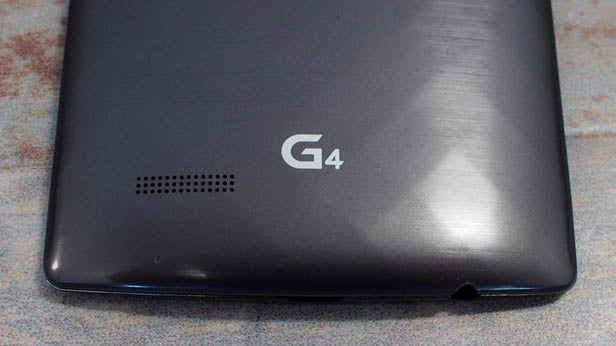 Top levels sound can be a little harsh, but the LG G4’s speaker combines with the large screen to make this a great smartphone on which to consume media.

LG’s new Quad Beat 3 headphones with the LG G4. These are in-ear headphones that are decent enough for a freebie and have a fabric cord so they don’t turn into a ball of frustration as soon as you pop them in your pocket. If you’re into your music then it’s worth having a read of our list of the best headphones around right now.