The P2’s showpiece is undoubtedly its battery. It has a 5,100mAh capacity and is by far the biggest set of cells you can find in a phone sold in the UK. Even Samsung’s flagship S7 Edge doesn’t come close with its 3,600mAh capacity.

The P2 has a lower-power processor than phones at the higher end of the market, and so combine this with a sizeable cell and you can see where this is going.

Lenovo claims up to three full days of use from the P2, and I’m convinced this is accurate in certain use cases.

I’m a very heavy user, so wasn’t expecting more than a couple of days – but, as it turned out, the P2 managed 2 days, 6 hours (including more than 10 hours of screen-on time) before bailing out at around 5% capacity. 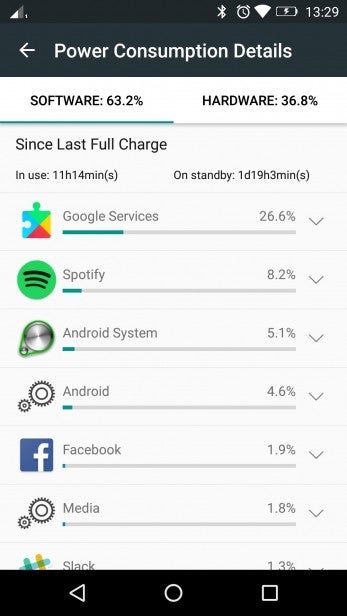 My two full days involved three commutes of Spotify streaming, web browsing, social media and offline video playback. Once I got home on those days, I binged on Google Play video for several hours.

This was an above-average usage week – my commutes were longer than expected and I was obsessed with finishing season 3 of Silicon Valley during that time; I’m sure if I’d cooled it just a little I would have made the full three days.

However, for most such extreme life won’t be of importance. The majority would be happy that at the end of a full day of action, followed by an unexpected night out, they’re still able to catch an Uber without having to borrow someone else’s phone or charger.

The P2 removes battery anxiety completely, which is a big deal. The fact that you could go a second full day, or even a third, without a charge is simply the icing on the cake.

Charging is fast, too. You can go from empty to full in around 1hr 30mins using the bundled Rapid Charger. Rapid Charge is Lenovo’s own 24W fast-charging tech, and you’ll only get it from the supplied adapter.

I couldn’t always get it to work, sometimes having to unplug and reconnect the phone to get it to charge at full speed. Note, too, that the phone becomes quite hot while charging, which is a slight concern; ensure you keep the phone out in the open while topping up. 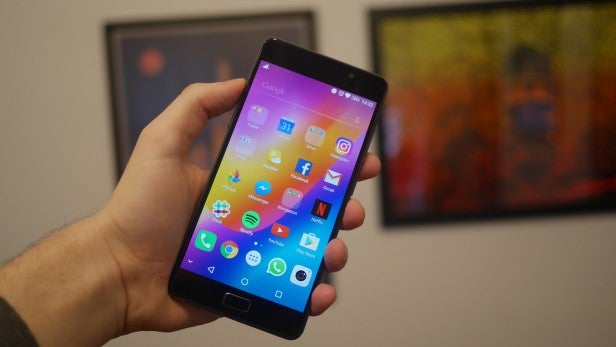 Lenovo also supplies a USB on-the-go adapter in the box, which lets you charge other devices using the P2’s battery. Charging is pretty slow – I topped up 10% of my OnePlus 3’s battery in an hour – but it’s great if a companion needs a boost to last them the journey home.

Should I buy the Lenovo P2?

The Lenovo P2 is the best phone you can buy for £200. Good performance, amazing battery life and decent software make it a really easy choice for that budget.

It’s only one to avoid for those who are into smartphone photography and enjoy posting arty pictures on Instagram. This phone isn’t up to snuff for that.

As an alternative, the more expensive Motorola Moto Z Play has true two-day battery life and a slightly better camera, or the Moto G4 or G4 Plus offer similar performance for a bit less cash.

If a 5.5-inch phone is too big, the 5.2-inch Wileyfox 2 X is another alternative, although it costs a little more and isn’t as powerful.

The Lenovo P2 is an astonishing phone for the money, with the best battery life TrustedReviews has ever seen.