What is the LeapPad Ultra?

Picture this Christmas Day scenario. You’ve just unwrapped a shiny new iPad Air and as you retreat to the sofa to watch the Only Fools and Horses Christmas special for the eighth time a little pair of hands gets hold of the Apple tablet and stumbles across a naughty web page or even worse, spends hundreds of pounds on more Candy Crush lives.

The LeapPad Ultra is a 7-inch tablet for kids that could stop that very situation from happening. The follow-up to the LeapPad 2, the third generation tablet from LeapFrog designed for children aged 4-9 runs on its own operating system and now features built-in Wi-Fi so you can surf the web and download apps directly to the homescreen.

Priced at £89.99, the Ultra is cheaper than the Nexus 7 2,  the Tesco Hudl and Advent Vega Tegra Note 7 although you will have to make do with a slower performance in favour for a design that’s built to take some damage. 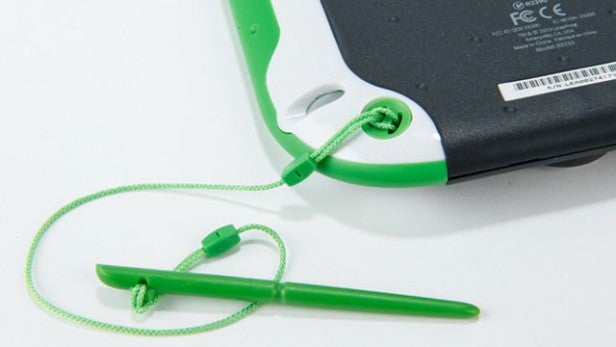 The differences between the Ultra and a ‘proper’ 7-inch tablet are light and day. It’s more toy than tablet with its heavy-duty plastic body and chunky, easy to press buttons. The bezel around the screen is raised to protect the display when dropped and the grey soft touch plastic on the back makes the Ultra nice and comfortable to grip. Comfort is a big deal especially when you realise that weighing in at 1.2kg, it’s significantly heavier than the LeapPad 2 (771g) and more cumbersome than the iPad Air (490g).

Like the LeapPad 2, there’s a main camera on the back along with the on/off button and micro USB charging port. Up top are the volume buttons, headphone jack and the cartridge slot. Beside the screen is the front-facing camera and down below are the navigation and home buttons. The stylus is tethered at the bottom and fits snug into a stowaway compartment on the right hand side.

We never expected the Ultra to match the slimline profile of the iPad Air or the Nexus 7 2 because that’s not really what it’s all about. It is reassuringly robust and feels like it can withstand the odd drop or two and crucially is nice and easy for little hands to hold. 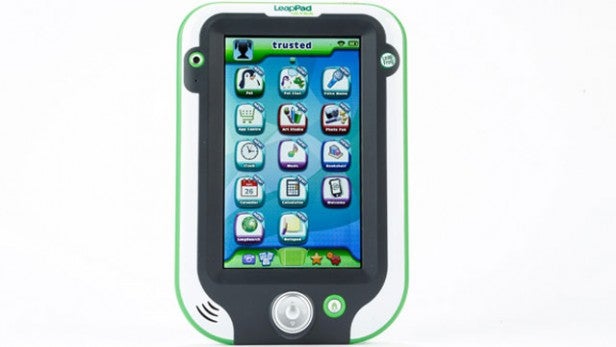 Here’s where the Ultra has undergone its most significant change moving from a 5-inch 480 x 272 resolution display up to a 7-inch 1,024 x 600 pixel display. That matches the Samsung Galaxy Tab 3 7.0 for screen resolution and just as Samsung’s 7-inch underwhelmed, the Ultra’s screen is far from Retina screen quality.

Colours are generally good, the screen is nice and bright and viewing angles have improved compared to the LeapPad 2. This is more than suitable for playing some pretty basic-looking games and reading books, it’s just simply no match for the sharpness and clarity of the 7-inch panels packed into the Nexus 7 2 or Kindle Fire HDX 7.

Screen responsiveness is similarly on the average side. Using the stylus with the touchscreen display is often the best way to interact with apps and the lag is noticeable when writing or selecting content. It’s perhaps to be expected from such a basic plastic stylus and such a decent but not great screen.

When we put it in front of our four and five-year old test subjects, there were very little complaints about the screen quality for reading and gaming and that is what really matters. 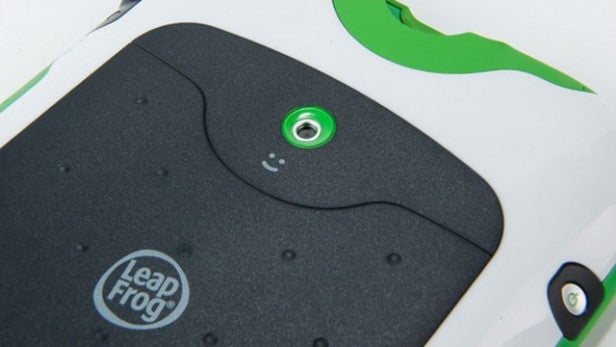 Like the LeapPad 2, the Ultra packs in two cameras; a two megapixel one on the back, and a matching one just above the screen. Neither produces what you’d call great photos, and low-light performance is as noisy and poorly focused as you might expect.

There’s a Photo Fun app to edit images grabbed with either camera letting you add funny hats or items into the background and while there doesn’t appear to be too many other apps that take advantage of the pic-grabbers it’s handy if you don’t want little ones to be playing around with your standalone camera.