The Kazam Tornado 455L runs Android 4.4 KitKat, a now quite old version of Google’s mobile OS. As we’ll see, this comes with both positive and negative effects.

There’s no custom UI over the top, so you feel as though you have a nice blank canvas to work with here.

The negative side of using Android 4.4 KitKat is that the Kazam Tornado 455L looks and feels a little dated. Although in real terms Android 4.4 phones were cutting-edge not so long ago, the significant visual improvements made in the Lollipop update are missed. 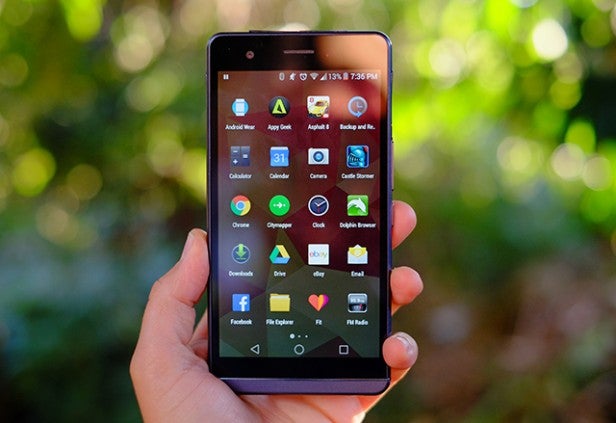 As well as improving the OS’s look, Android 5.0 also added more fluidity in operation, both of which are lacking in the Kazam Tornado 455L.

Are these reasons enough to steer clear of the 455L? Not really. By downloading the Google Now Launcher app, you’ll be able to achieve much of the look and feel of Android 5.0 Lollipop in a KitKat phone such as this. And an added bonus is that by using Android 4.4, the Kazam Tornado 455L manages to side-step just about all the performance issues we’ve encountered recently in some budget Lollipop phones.

In short, the Kazam Tornado 455L feels pretty quick even though the processor is a lowly quad-core Snapdragon 410. The only exception to this is the camera, which we’ll cover shortly. 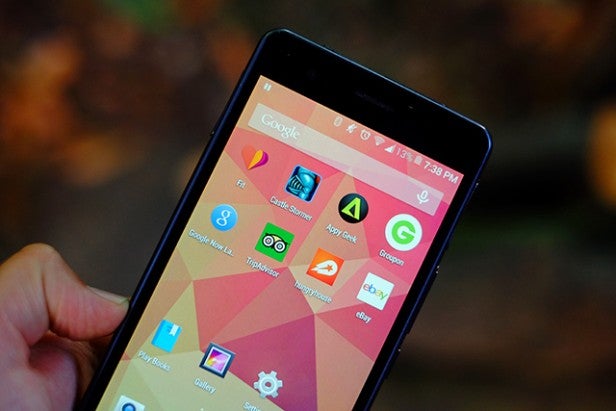 The Snapdragon 410 may seen out of place in a 5.5in phone, but it’s really no stranger than it appearing in smaller 720p phones such as the EE Harrier Mini and Vodafone Smart prime 6. Screen resolution will affect performance; screen size shouldn’t.

Also in the Kazam Tornado 455L’s favour is that it includes 2GB of RAM – most 720p Snapdragon-powered phones have only 1GB.

However, this 2GB of RAM does little to boost the Kazam Tornado 455L’s performance in our benchmarks. It achieved 1,327 points in Geekbench 3, which is exactly what we’d expect from a phone with a Snapdragon 410 chip at its heart. 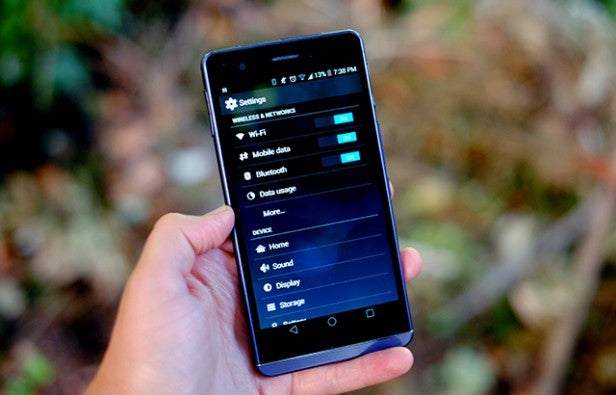 This 64-bit chipset is at the lower end of the 2015 Snapdragon line-up and tends to keep phones fairly cool under pressure. However, we did find that the upper rear of the Kazam Tornado 455L did become pretty warm when we were making good use of its 4G mobile internet. This is nowhere near as hot as the Sony Xperia Z3, for example. It’s more that any rise in temperature is more apparent in a dual-sided glass housing.

As with other Snapdragon 410 CPUs, higher-end games such as Gameloft’s Asphalt 8 run perfectly fine unless you put them up to their top graphics setting. Even then, however, they’re playable – they’re just not quite as smooth.