What is the Kazam Tornado 455L?

The Kazam Tornado 455L is the company’s take on the Sony Xperia Z series of phones. It’s a slim, rectangular handset with a glass front and back – and it’s waterproof.

Priced around £200, the 455L seems at first like a good alternative to Sony’s high-end unit. However, limited or dated features in some areas and a lack of attention to detail in others leave this 4G phone an also-ran. 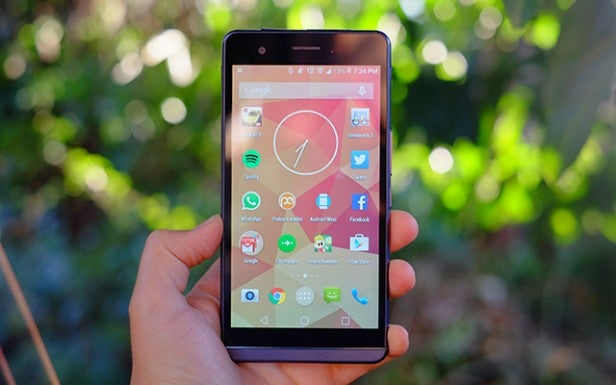 You can accuse Kazam of being a few things, but original is not one of them. The Kazam Tornado 455L is the spitting image of the Sony Xperia Z3+, and we don’t think this is a coincidence.

Just as visually the Kazam Thunder 450W shares a similarity to the HTC One, the Kazam Tornado 455L might appeal to some folk precisely because its looks are close to a top-end Xperia, but it’s cheaper. The 455L doesn’t look or feel like a true budget phone. 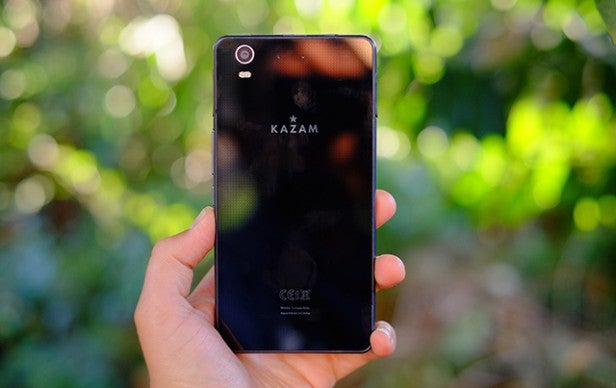 The Kazam Tornado 455L features Gorilla Glass panels on both its front and rear, where many affordable phones of this style simply impersonate glass on the back of the phone using clear plastic. Its sides are plastic, however, so at best it seems to fall into the mid-range category rather than competing with today’s top-end phones.

Still, there’s no creaking in the frame. This is in contrast to the Kazam Thunder 450W we reviewed, which sounds like an ancient unoiled door hinge as soon as you put some pressure on it. As well as lacking originality design-wise, Kazam’s phones at present are mostly rebrands of Chinese designs that haven’t yet made it to markets such as the UK.

A key design trait of the Kazam Tornado 455L is that it offers waterproofing. However, it’s an inconvenient kind of water resistance. 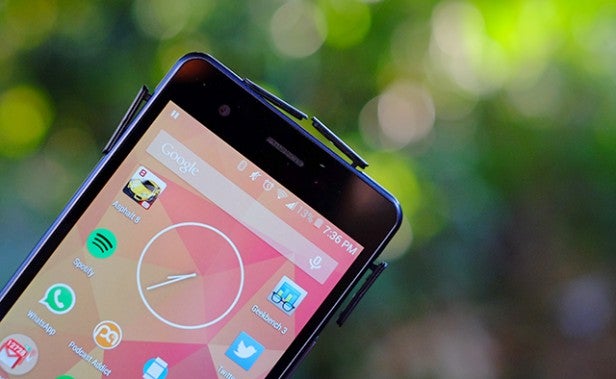 Waterproofing on the 455L is in the form of rubber flaps that cover the phone’s four ports – the micro-SIM, the microSD, the headphone jack and micro-USB. Some of the latest flagship phones such as the Sony Xperia Z3+ include already water-resistant USB and headphone jacks to avoid having to unseal and reseal flaps time and again. With the Tornado 455L, it’s just what you have to do. It becomes tedious, and given time this repeated action is likely to wear down or distort the rubbery seals unless you’re quite careful.

The seals themselves are poorly designed too. Just placing them back in place isn’t enough; they require a concerted push at both ends.

As far as the rest of the design goes, the Kazam Tornado 455L is about as well laid out as it can be for a phone of this size. The buttons along the edge sit under your right thumb and the sides of the unit feel nice and smooth. However, a phone of 5.5in is always going to seem pretty big so make sure you’re up for it. 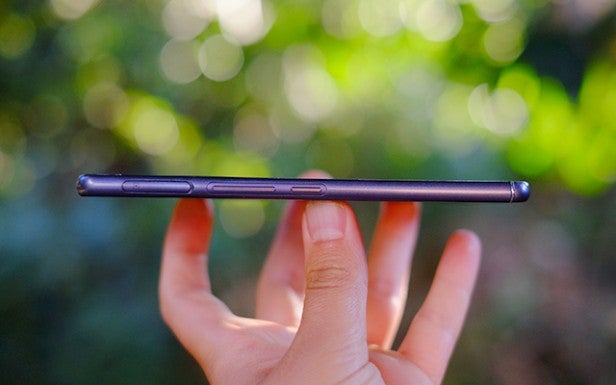 For just about any sort of activity you perform on a phone – be that games, apps, browsing – a bigger screen is always going to be better. However, the only drawback will be that the overall size of the handset will have to be larger to accommodate it.

The Kazam Tornado 455L houses a 5.5in display. That’s a lot of screen space – but it’s quite a way to stretch that 720p resolution over.

In use the Tornado 455L’s display is looks good, but when browsing you can clearly see that characters are pixellated. Colour performance isn’t great among IPS LCDs, either. 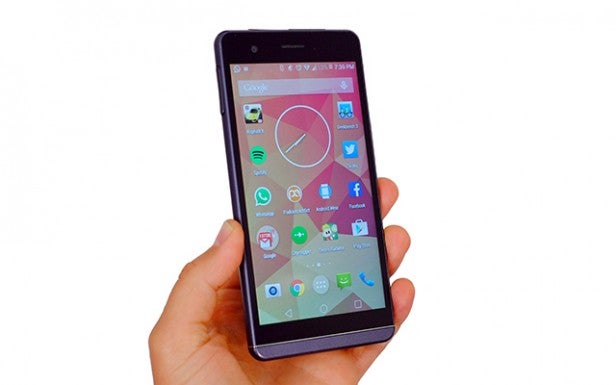 Colours can look a little anaemic, lacking the liveliness and punch of those on most current 5.5in phones. This is always a bit of a risk when tuning an LCD to have less vibrant colours than the norm: thanks to the limited contrast of the panel, images can look lifeless. As they can do here.

In fact, there are niggles in each area. As well as noticeable sacrifices in sharpness and colour, the auto-brightness setting is also fairly poor – an issue that was apparent in the last Kazam phone we tested. It won’t let the Kazam Tornado 455L’s screen go either dim enough indoors or, more importantly, bright enough on a sunny day. So while the display is perfectly able to cope with super-bright conditions, you won’t be aware of this unless you manually set the backlight to max.

While it isn’t flawless, the Kazam Tornado 455L’s screen is reasonable once you learn to live with its quirks.