The Kazam Tornado 455L has a 13-megapixel rear camera and a 5-megapixel front one. Its main sensor is reported to be a Sony IMX135, which can be found in a whole host of slightly older high-end phones such as the Samsung Galaxy S4, the Motorola Moto X and LG G2/G3.

Old as it is, it isn’t bad company. Sure enough, the Kazam Tornado 455L is capable of taking some great shots. Even in poor light, you can get a fair amount of detail as long as you keep your hand steady. There’s also a dual-LED flash on hand to light up people’s faces, should that be needed. 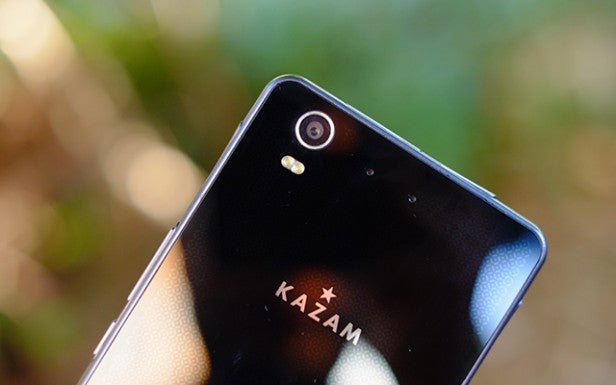 However, the phone doesn’t exactly make it easy for you. The main problem is speed. The Kazam Tornado 455L’s shutter behaves as if it’s painting a watercolour with each shot. Shutter lag, poor shot-to-shot speed and an almost jaw-droopingly slow HDR mode made taking photos quite a trying experience.

Unless you’re shooting still objects, you’ll have no clear idea if you’ve actually captured the scene you’re after until you check it out in the gallery. Kazan has done a pretty poor job with what is fairly good hardware. The HDR mode is poor too. Rather than increasing dynamic range, it dims down the highlights so that images end up looking unnatural and almost universally dull. This is especially true of shots taken outdoors. HDR also ruins the overall colour of shots, making the tone look quite otherworldly.

The quality of the lens appears to be quite poor too. While there were no issues with sharpness, compared with the very best cameraphones, purple fringing was evident in high-contrast objects alongside a more obvious lens flare/light distortion in lower-light conditions. This was evident in shots taken with the Kazam Thunder 450W, too – although, to be fair, plenty more expensive phones are subject to such issues as well.

It sounds damning, but it really just means you’ll have to wade through 70 per cent of dud shots to find the good ones. That is, until you work out how to squeeze the best out of the Kazam Tornado 455L.

Here are some sample images: 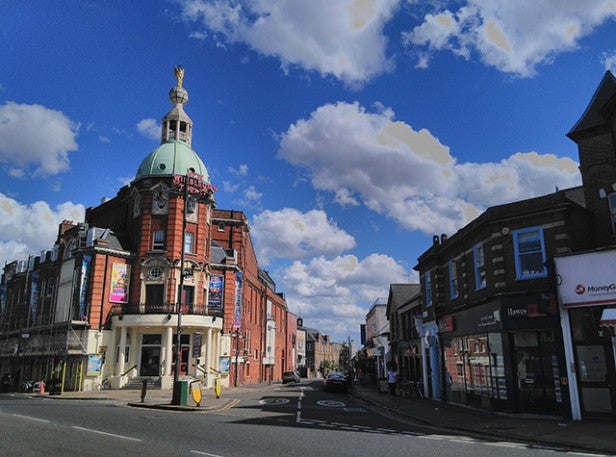 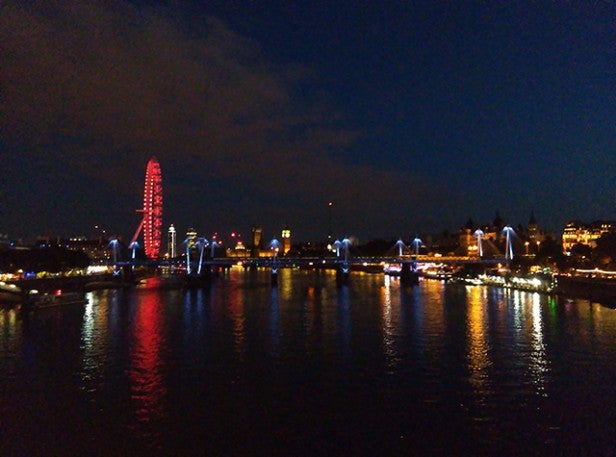 The Kazam hasn’t brightened up the scene and the details are soft, but it’s not a bad low-light shot for a non-OIS camera 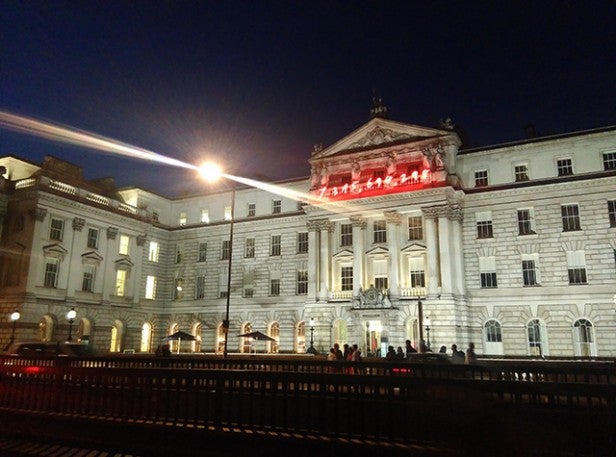 We get smearing of the street light, but there’s actually a good amount of detail here 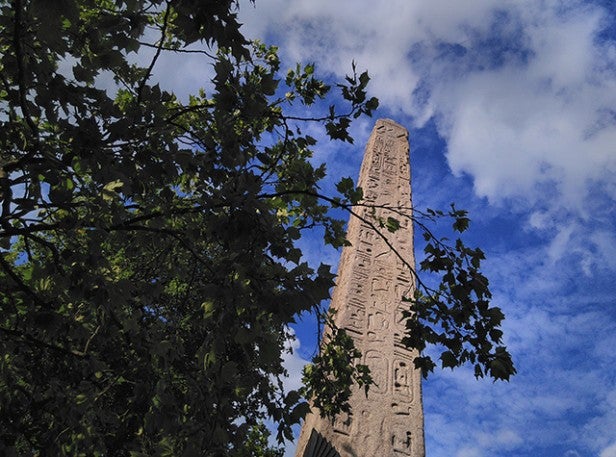 Avoid HDR and you can get some nice-looking colours. And yes, this is in London 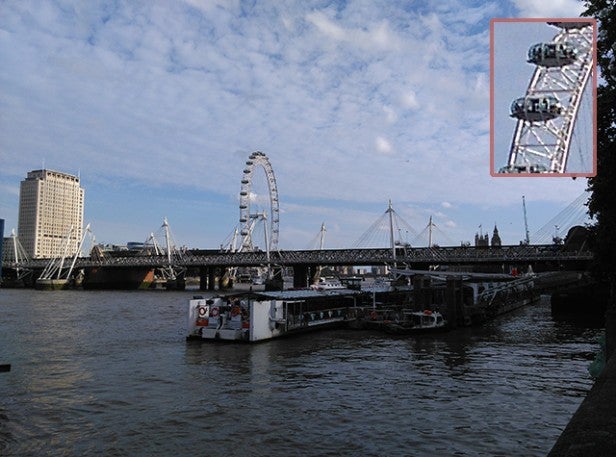 At pixel level images can looked a little stressed/sharpened, but there’s plenty of detail 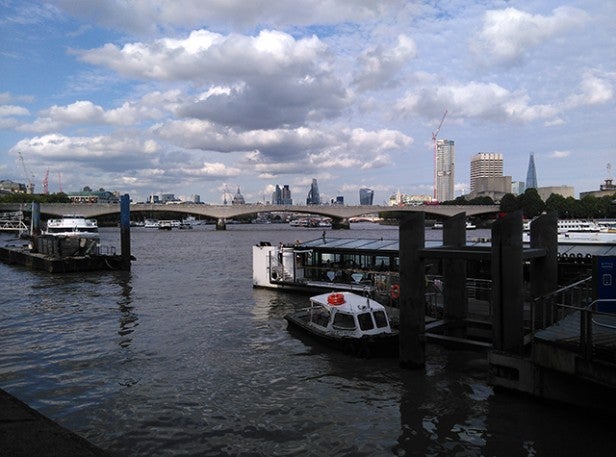 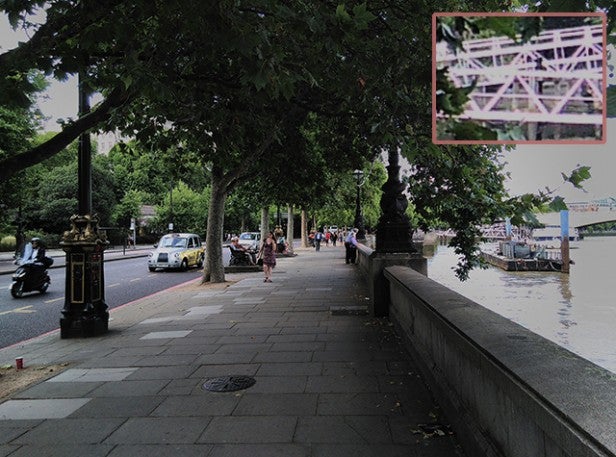 Here’s the classic purple fringing. You can also see it on the edge of the pavement 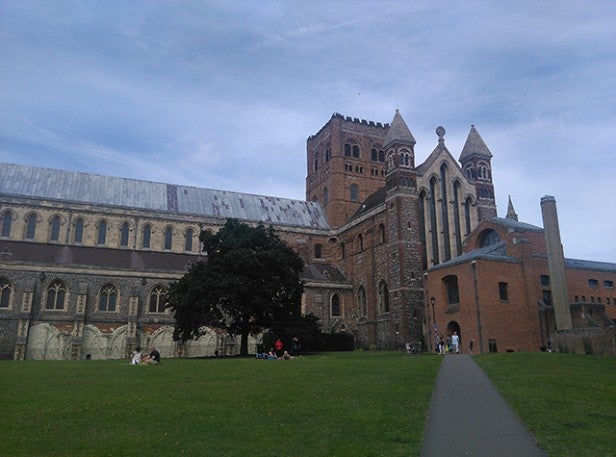 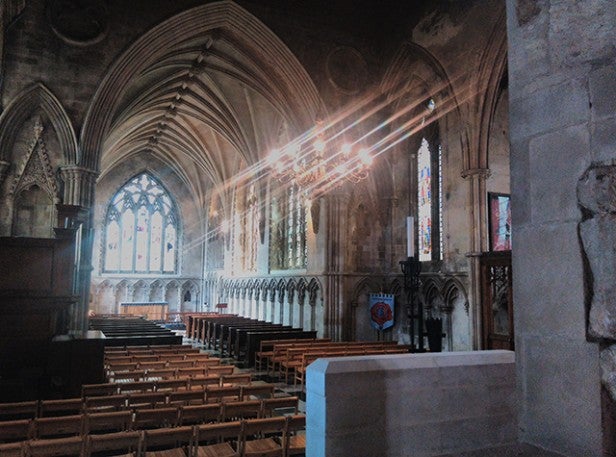 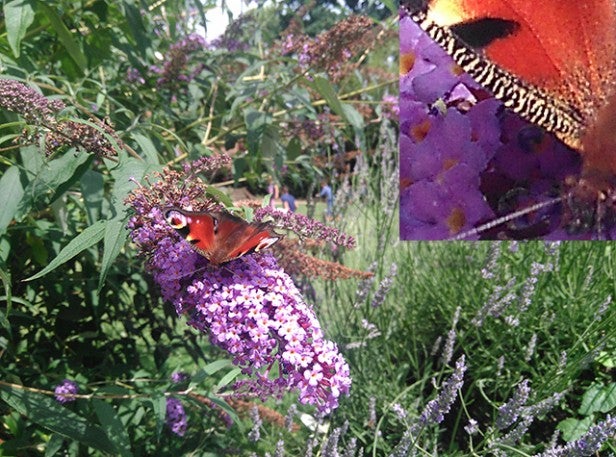 Plenty of fine detail – but again, close-up it doesn’t look quite as natural as the very best 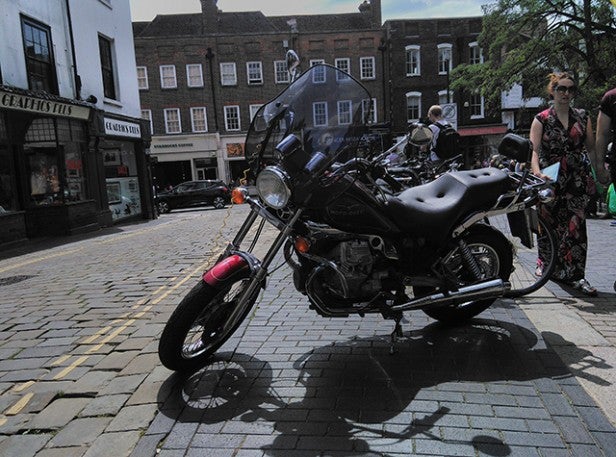 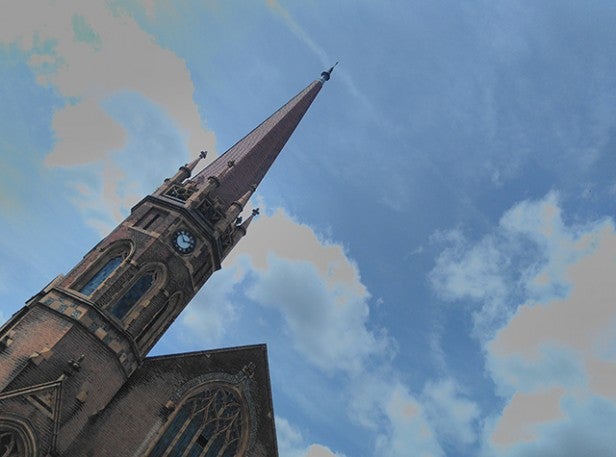 A classic example of why the HDR mode is horrible. Highlights are blown and look nasty, plus the church appears overly orange and just unnatural 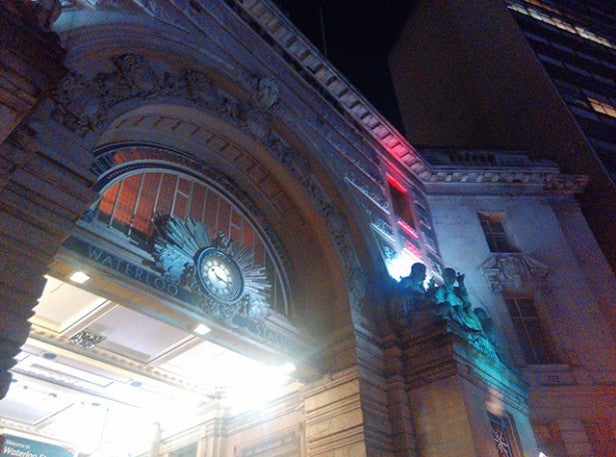 Here’s the soft-touch noise reduction at work. Plenty of colour noise going on here, but a good amount of detail too

Much like the Kazam Tornado 455L’s screen, the camera is a qualified half-success, let down by poor implementation of solid hardware. Learn to work around it and you can get some decent results, but don’t expect a great hit rate. Plus, it doesn’t perform greatly on the the processing-front either. It’s easy on the noise reduction and a bit too keen on the sharpening, making fine detail look a little stressed.

Video capture is limited, too, going up to only 720p. Surely the Snapdragon 410 in the Kazam Tornado 455L should be able to handle 1080p?

The selfie camera is pretty decent, though, clearly capturing a fair bit more detail than a 2-megapixel camera.