The iPhone XS technically sports a smaller battery than last year’s iPhone X, but does it matter in practice?

Power efficiency is the name of the game here and in Apple’s testing, even with a smaller power pack, the XS promises 30 minutes more usage compared to its predecessor, no doubt thanks in part to the new, more efficient chipset and the improved power management at play as part of iOS 12. 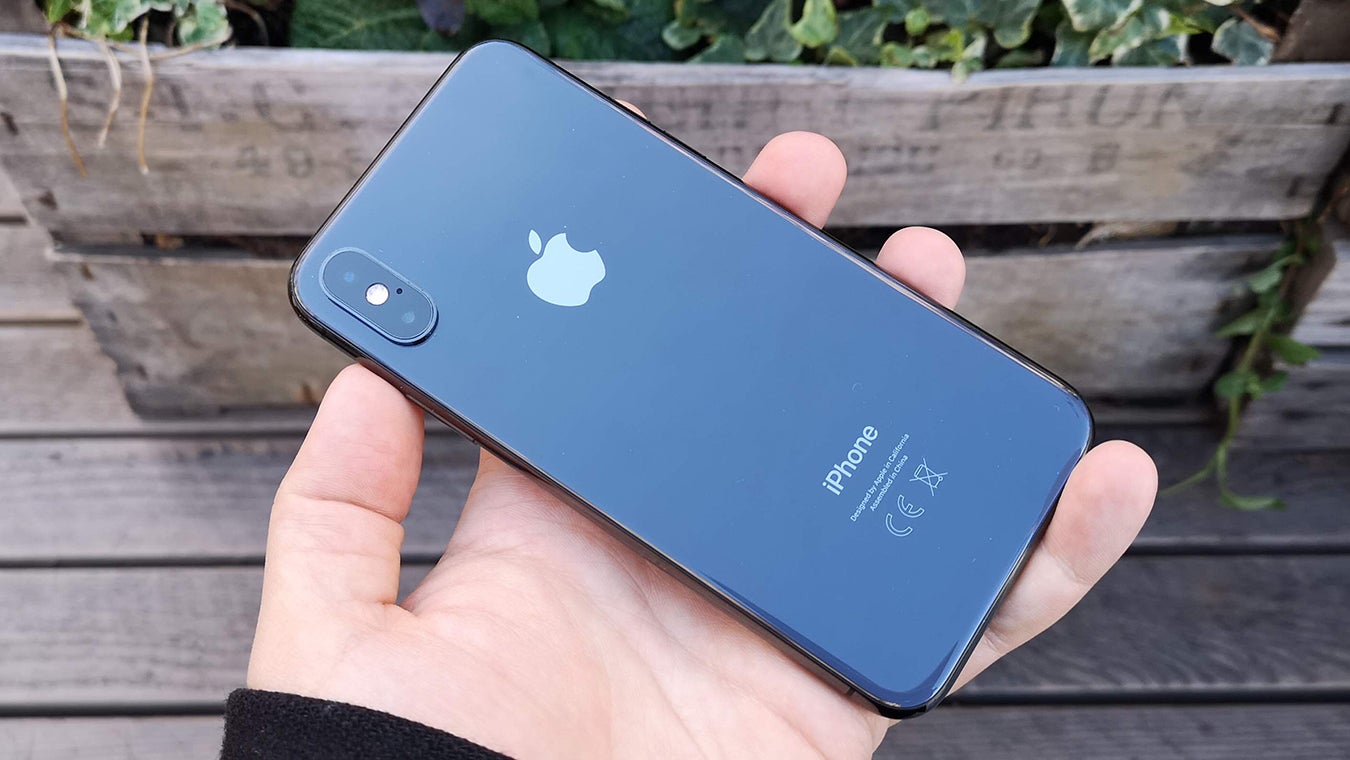 That said, the phone is still equipped to handle a day’s usage on a single charge without causing you concern. In testing, it dipped 3% whilst streaming 30 minutes of Netflix and 8% while I tried to survive the wastelands of Erangal on PUBG Mobile over the same length of time.

If you do run into low-power woes though, the XS does support USB-PD standard fast-charging, so you can top it back up in a flash. At least, you can if you have a compatible fast-charger…

Apple seems to be the only phone maker that still refuses to throw a suitable adapter in-box, instead giving us the same 5W brick that we’ve had since the iPhone 3G (outputting the same amount of power as the original iPhone’s charger). This is great for Apple’s post-purchase accessory sales. The charger and cable needed costs an extra £68, which is frustrating for users who know the feature is there but can’t access it without forking out even more money on top of an already inordinately expensive handset. 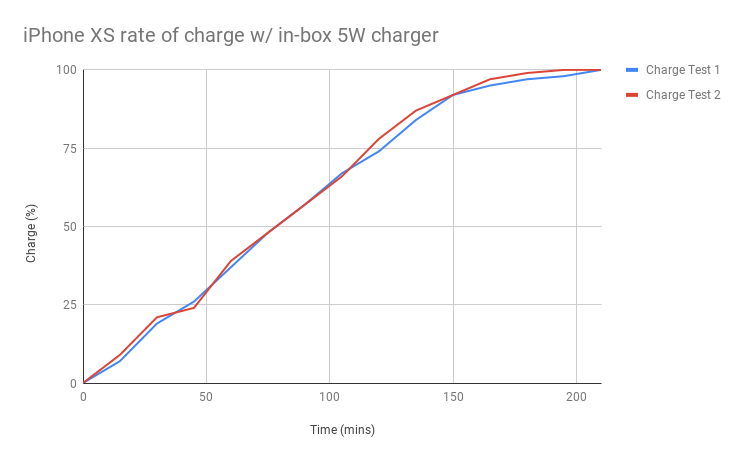 Using the standard charger in the box the XS takes a long time to completely fill up, in my tests hitting just 19% charge after 30 minutes and not reaching 100% until a full three and a half hours had gone by. By comparison, OnePlus’ Fast Charge tech as found on the OnePlus 6 grants you approximately 50% charge in 30 minutes.

Wireless charging has apparently been improved too, although I never really found issue with aligning the iPhone X on my Qi charging pad in the first place and can’t discern any real difference here either.

Why buy the iPhone XS?

It’s telling that Apple has completely removed the iPhone X from both its online and brick-and-mortar stores. The iPhone XS is so much like its precursor that it’s hard to see some of the improvements that Apple promises it’s made, but despite this the iPhone XS is still an undeniably excellent handset.

Every facet, save for perhaps interaction on iOS, has been refined and honed to out-do its every previous iPhone. Apple pretends it doesn’t really measure its smartphones against the competition all that much but the two fundamental upgrades that the XS brings to the table – its faster processor and (especially) its improved camera, suggest otherwise.

If you’re looking for a flagship with a killer HDR-capable OLED screen along with wireless charging, water resistance and a solid dual camera, you can get all of that for less in the Samsung Galaxy S9 Plus.

If you want to upgrade your existing iPhone, only make the jump if you’re rocking an iPhone 7 or older. Last year’s iPhone 8, iPhone 8 Plus and especially the iPhone X have more than enough life left in them to serve up a top-notch smartphone experience for at least another year.

With the same steep starting price as last year’s iPhone X, the new iPhone XS still feels overpriced based the market’s general price/performance balance but that’s nothing new where Apple is concerned.

This is still a superb handset that, provided you look after it, has the stones to last you a long time, with looks and camera credentials to boot.