What is the OnePlus 6?

This is a gorgeous phone with top-end specs, a good dual-camera and a lovely OLED display. It might be pricier than previous entries in the series, but considering what you get that’s something we’ll take.

Since its release, OnePlus has unveiled two new colours of the OnePlus 6: white and red. The red instantly stands out as being the most unique. This is a deep red with a glossy back and a black front. It looks fantastic. The white is great too thanks to a more matte finish and contrasting rose gold sides. Check out the gallery above for shots of all three colourways.

Much of what makes the OnePlus 6 feel special is its completely new build and design. It’s now made almost completely of glass that curves around the rear and feels fantastic. There’s a rim of metal sandwiched between the glass to add some rigidity too. 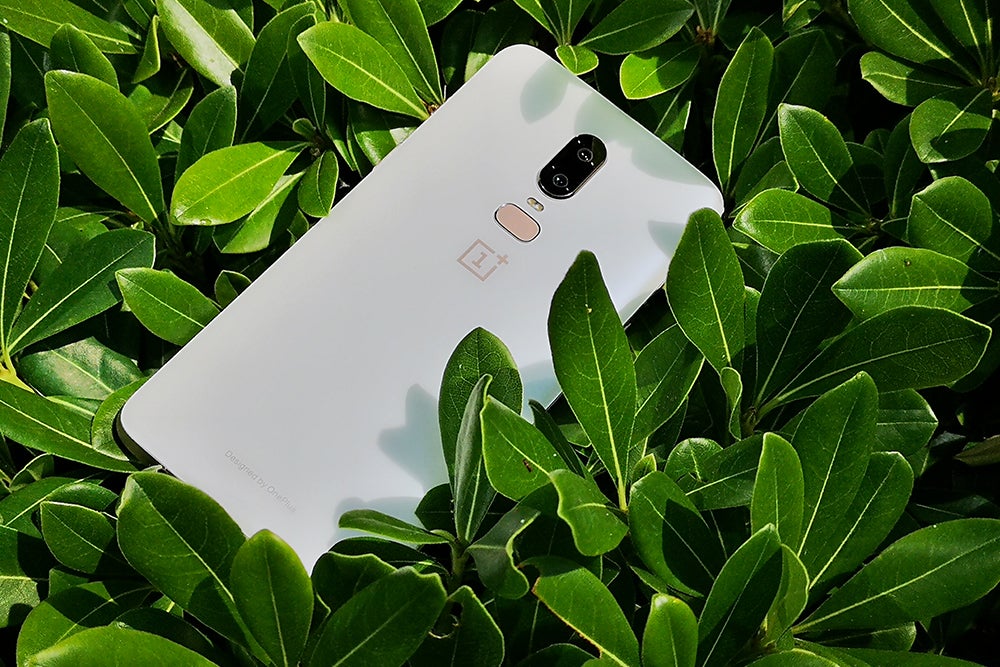 First impressions when I initially took the phone out the box was that it looked and felt like the offspring of a Samsung Galaxy S9 and an iPhone X.

At launch, you had the option of a highly polished black version that’s gorgeous but a real fingerprint magnet, or a more conservative Midnight Black matte model that offers a pearlescent-like reflective ‘S’ pattern along its back. 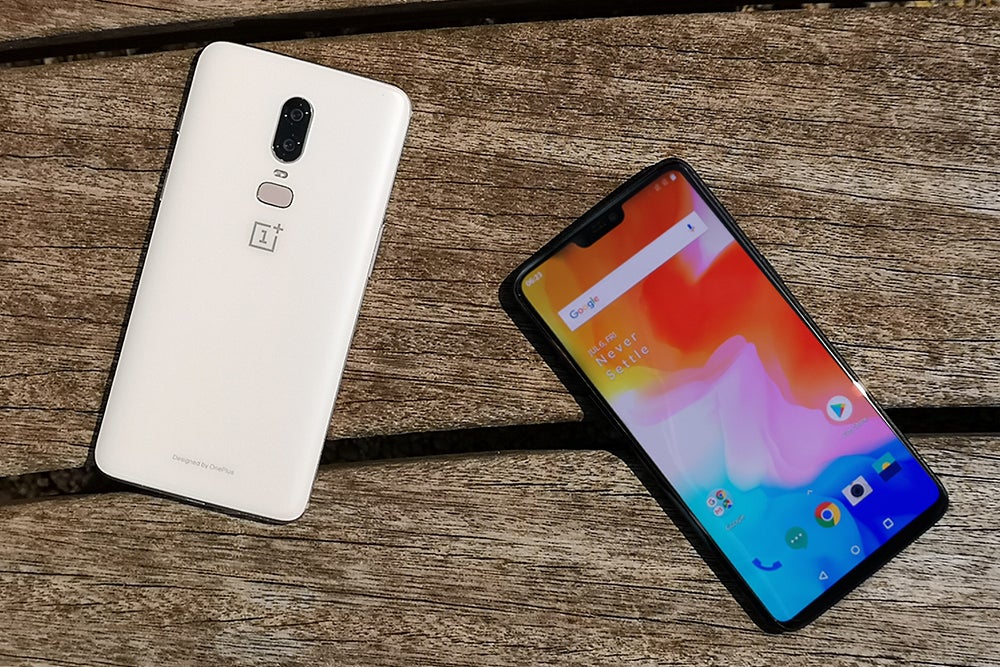 There’s been a switch-up in other classic OnePlus design aspects, too. The alert slide is still present, but it sits on the opposite side and the fingerprint sensor is now an oblong shape, perched beneath the centrally positioned dual cameras. The alert slider lets you easily jump from silent to loud mode without unlocking the phone, and I miss it a lot when using a phone that isn’t from OnePlus. I’d love to see more phones have one.

Despite being heavily rumoured in the run-up to launch, the OnePlus 6 doesn’t hold an IP-rating for water-resistance. However, the company has said that while the device holds no official rating, much work has been done to improve its protection against water. These come by way of extra seals around the ports and between the screen.

I’m still slightly confused, though, by the lack of an official IP rating. Maybe the company is trying to save some cash by not officially garnering an IP rating; similar to the way it previously lacked the necessary codecs to play HD content from Netflix and Amazon.

The bottom line is that, despite the lack of IP rating, OnePlus appears confident that if you leave your phone in the bathroom while you’re having a shower or the device is caught out in the rain, it will be fine.

On the bottom of the phone, you’ll find a 3.5mm headphone jack – always nice to see and getting rarer by every phone launch – alongside the USB-C port for charging.

The launch of the 5T in late 2017 appeared to be OnePlus’ quick response to the trend of the time, which was reducing the bezel and stretching out the display. With the OnePlus 6, the company jumps on another trend: the screen ‘notch’.

The cut-out at the top of the 6.3-inch display is fine but I still can’t really understand the reason it’s here. There isn’t anything special going on inside the notch – just a regular 16-megapixel sensor, speaker and LED – and it simply feels like a device trying to imitate the iPhone X. Since the 6 launched it seems that most phones have tried integrating a notch into their designs, but I still don’t really know why.

At least the notch doesn’t really interrupt anything when you’re using the phone. Apps either blank it out completely or comfortably deal with it by altering the UI, while further support and tweaks will come in Android P. 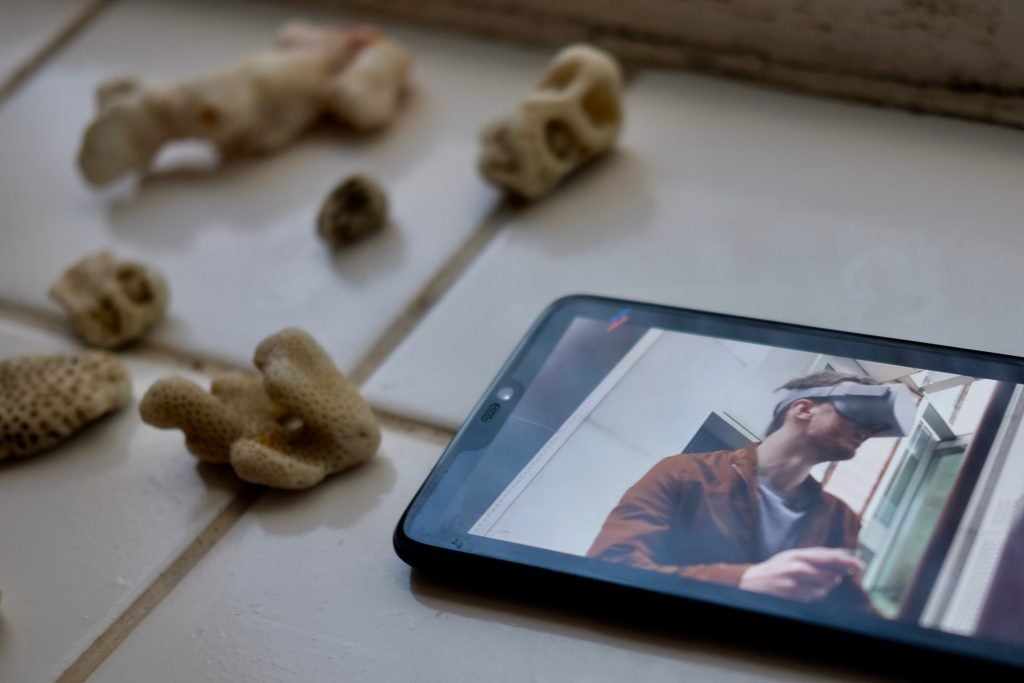 Thankfully, the display itself is excellent and if you really despise the notch then there’s a software-based option that will let you cover it up. The 2280 x 1080 (FHD+) OLED panel is bright, sharp and very colourful with great viewing angles. It doesn’t seem to suffer that much with the usual shift to yellow tint that’s ruined many OLED displays over the past year either. 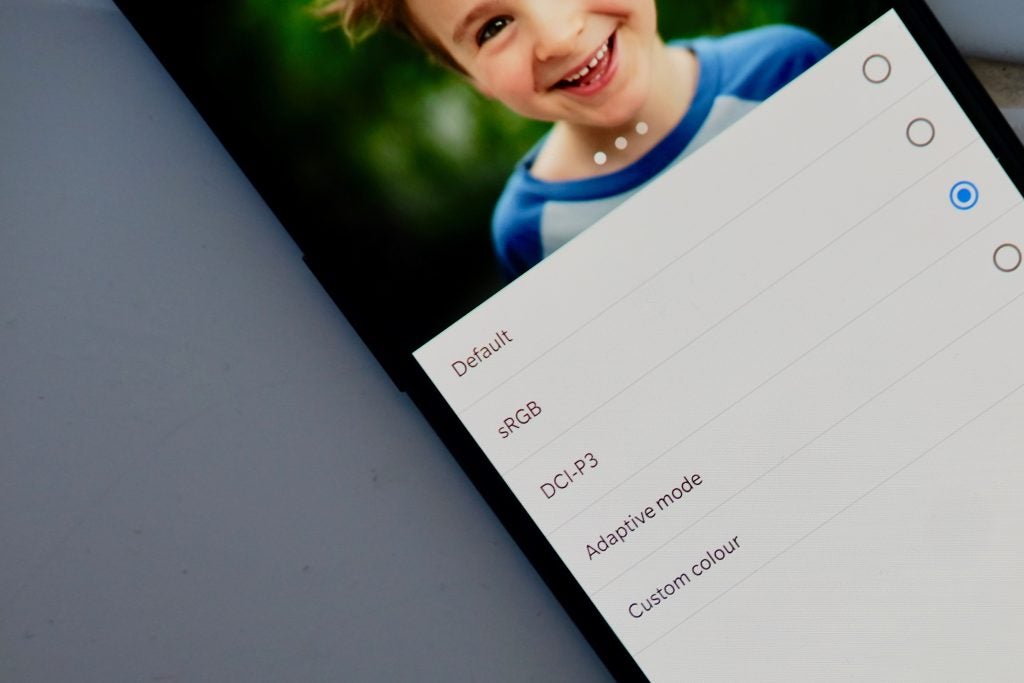 It would have been nice to see OnePlus increase the overall resolution of the screen to QHD, considering every OnePlus phone to date has packed a 1080p resolution. The issue with this again comes down to price, and of course whether the trade-off in battery life is worth that extra resolution.

If you’re not satisfied with the default colours on the display, the OnePlus 6 also enables you to tweak it endlessly. The default setting out of the box is a little white and saturated for my liking, while the Adaptive mode toggles between various settings depending on what you’re doing. My pick is the DCI-P3 mode, which is softer on the eyes and displays a nicer range of colours.