Let’s be fair, HTC didn’t have the best year in 2015. It’s HTC One M9 flagship was poor and things only went downhill from there. The One A9 didn’t bring back any of that former glory. But 2016 has started off much better, with the brilliant HTC Vive headset and HTC 10 smartphone. Things are looking up for HTC.

But, back the One A9. It’s best described as a mid-range phone sporting a high-end design, with what on paper looks like an impressive camera. However, it was originally priced to compete with the likes of the Galaxy S6.

This isn’t good news for HTC. The A9 is ludicrously overpriced, suffers poor battery life, and bizarrely, the version sold in the UK and Europe is hobbled with less memory and storage than its US counterpart. Oh, and it looks like an iPhone 6S – which is just downright funny.

(You can now get the HTC One A9 for £290 from Amazon, which is better than when it was first released but there are still better picks out there) 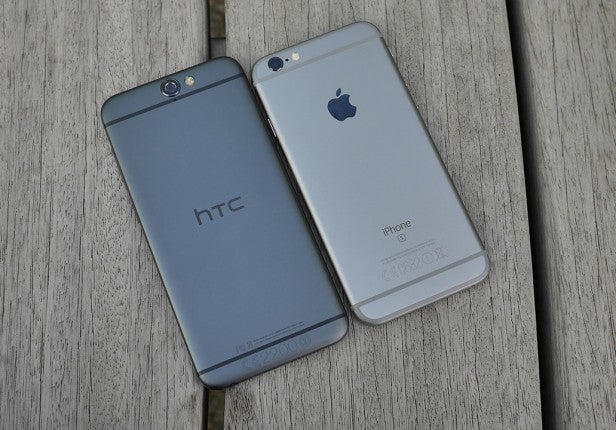 HTC One A9 – Design & Features

So, has HTC copied Apple – or, as HTC recently claimed, has Apple been copying HTC for years?

Well, there’s no denying that how the One A9’s black-glass front tapers into the curved, grey aluminium body is pure iPhone. Even the layout of ports and buttons references the iPhone.

You could argue that the two companies have reached the same point in an obvious design evolution – but I’m not convinced. Whether this is flattery or cynical opportunism on HTC’s part, this is the closest to an iPhone I’ve seen Android phone get. 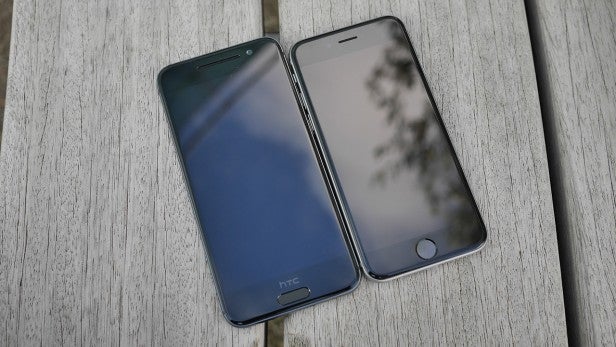 As imitations go, however, the One A9 is a fine example. It’s a beautifully made phone, and it’s only a shade taller and wider than the iPhone, so it can be used in one hand with reasonable comfort.

This makes the One A9 easy to handle – or at least it would be if it weren’t so slippery. I’ve courted disaster several times, on one occasion only just catching the handset between my legs to avoid it smacking the ground. If there were a “Best Impression of a Bar of Soap” category in the upcoming TrustedReviews Awards, I’m certain that no-one would demand a recount.

This is an exceptionally slim phone – too slender to accommodate HTC’s signature BoomSound speakers. Instead, the company has included a single, mono speaker on the bottom edge, which is way too easy to cover.

To HTC’s credit, however, it’s still found space for a microSD slot – a handy addition now that Android M can treat microSD cards as native storage, enabling you to run apps from them.

The One A9 also features a fingerprint scanner, which is similar in shape and size to those found on Samsung’s phones. However, this one is a capacitive touch button rather than a mechanical one. It’s largely reliable though, and incredibly fast – faster than even Touch ID on the iPhone 6S. That’s impressive. 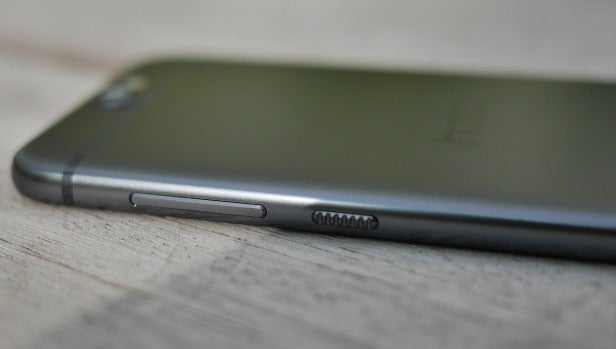 Not only is a fingerprint scanner more secure than a PIN or other locking mechanism, it means you’ll be able to use Android Pay when it eventually launches. Finger scanners are this year’s must-have feature, so it’s great to see the One A9 include such a function.

HTC One A9 – Screen Quality

Speaking of great things, the A9’s screen is… well it isn’t quite great, but it is very good. Unusually for HTC, it’s an AMOLED display. This means it produces rich, punchy colours and has outstanding contrast compared to an LCD. Blacks look truly black, something you’ll enjoy most when watching videos.

Its 1080p resolution – which equates to 441 pixels per inch on this 5-inch display – isn’t the sharpest around, but I didn’t notice any jagged edges on text or icons. Samsung’s phones, such as the S6 and Note 5, remain in a different class – but the A9 is no slouch. 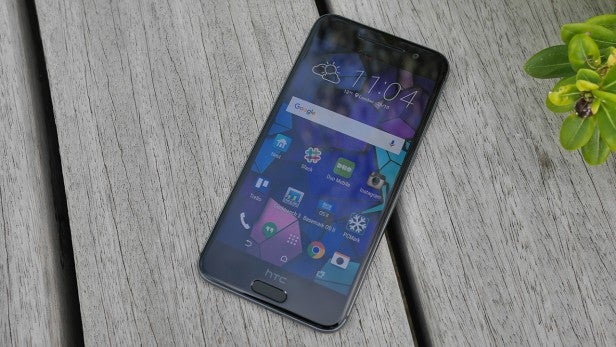 There are only a few issues holding it back. One is the brightness, which is good enough but not outstanding. I didn’t have any problems using the screen outdoors – but then it’s October, and I live in London, so the sun is a rare visitor.

The other is that whites can appear rather subdued and gloomy. The difference between the A9 and the iPhone 6S’s dazzling whites is stark. Even the Nexus 5X looks better than the A9 in this respect. Nevertheless, it’s a tolerable weakness.

HTC One A9 – Software & Performance

This is one of the first Android phones to ship with Android Marshmallow, which is great news. It’s one of the best Android updates ever released. Features such as Google Now on Tap and Doze, which significantly reduces battery drain on standby, are just two of the brilliant new additions.

HTC’s Sense UI skin is less impressive. I can’t think of a single feature it adds that I’d miss if I were using vanilla Android – or another mobile OS for that matter. The smart homescreen folder, which switches automatically to display apps based on your location, is ruined by the non-removable “Suggestions” folder that shows apps that HTC thinks you’d like.

BlinkFeed – which combines social and news feeds into one stream – is the one redeeming feature. But it’s hardly essential and, to my mind, much of the design in Sense UI is starting to look tired. The Google Now Launcher is the way to go here. 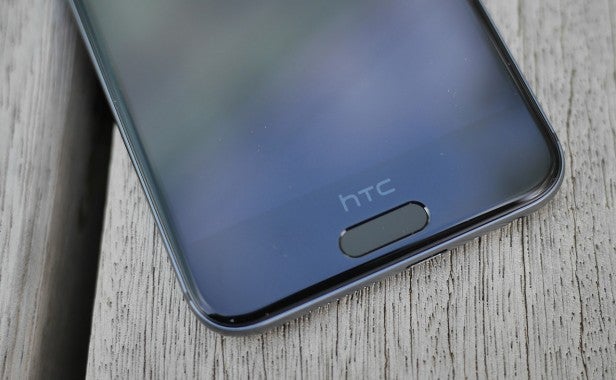 On the plus side, it doesn’t impact performance unduly. The Snapdragon 617 processor isn’t the fastest by any measure, but the One A9 runs smoothly in general use. Plus, Sense UI tends to use shorter animations than vanilla Android, which often enhances the sense of speed.

This is reflected in some games. I loaded up Asphalt Overdrive – a graphically demanding racing game – and it was almost unplayable. The graphics looked great, but the frame rate was too slow to enjoy it. Games such as Sonic Dash played fine, but this isn’t a phone on which you’ll be able to enjoy the most demanding titles.