A fantastic smartphone for everyone except those who will be happy to pay the extra for the P20 Pro’s additional optical talents.

Sure, the Huawei P20 loses out on the Huawei P20 Pros most powerful attribute, but it still offers a tempting mix of price and performance at a pocket-friendly size. It’s Huawei’s equivalent iPhone XR to the beefier iPhone XS.

There’s a 5.8-inch notched LCD, Huawei’s AI-enhanced Kirin 970 processor, a dual rear camera, the latest EMUI 8.1 Android overlay and much more. The P20 is no slouch, even if stiff competition might render it a touch behind the curve already.

The P20’s design is a stylish evolution of the glass-backed, metal-framed form we encountered on last year’s Mate 10 and Mate 10 Pro. In the case of the vanilla P20, you lose out on the Pro’s third rear camera, but aside from size, the phones essentially look identical.

The metal frame is polished to a near-mirror shine and coated to complement the colourway you choose. The most eye-catching option is a blue/purple gradient called ‘Twilight’ but whilst it’s the most popular finish on the Pro, it’s harder to find the standard P20 in this shade. In the UK, the phone is more readily available in black, Midnight Blue or Pink Gold (pictured).

Despite packing in the same-sized screen, the P20’s narrower waistline and taller overall footprint render it slimmer and more svelte in the hand than the likes of Apple’s iPhone X. Beware, though: that polished metal and glass body is a little slippery, so handle with care if you don’t plan to pop the device into a case. Huawei has done a decent job of pushing that 5.8-inch display to the edges of the phone’s front. However, for some reason, it has chosen to cram a narrow fingerprint sensor into what little bezel remains beneath the display. Why the sensor couldn’t reside on the back, as it does on the P20 Lite, is unclear. I found the placement on the P20 to make far less sense ergonomically.

Running around the edge of the P20 is a tactile metal hardware power key and volume rocker along the right side, with dual grilles housing a microphone and loudspeaker respectively either side of a USB-C port.

With regards to audio, unlike the P20 Pro, the standard model only pushes sound out of this single loudspeaker, leaving the earpiece for phone calls only. Not only does this mean mono audio, but the placement means I found myself occasionally covering it with my palm when holding the phone one-handed, and when in a landscape orientation. 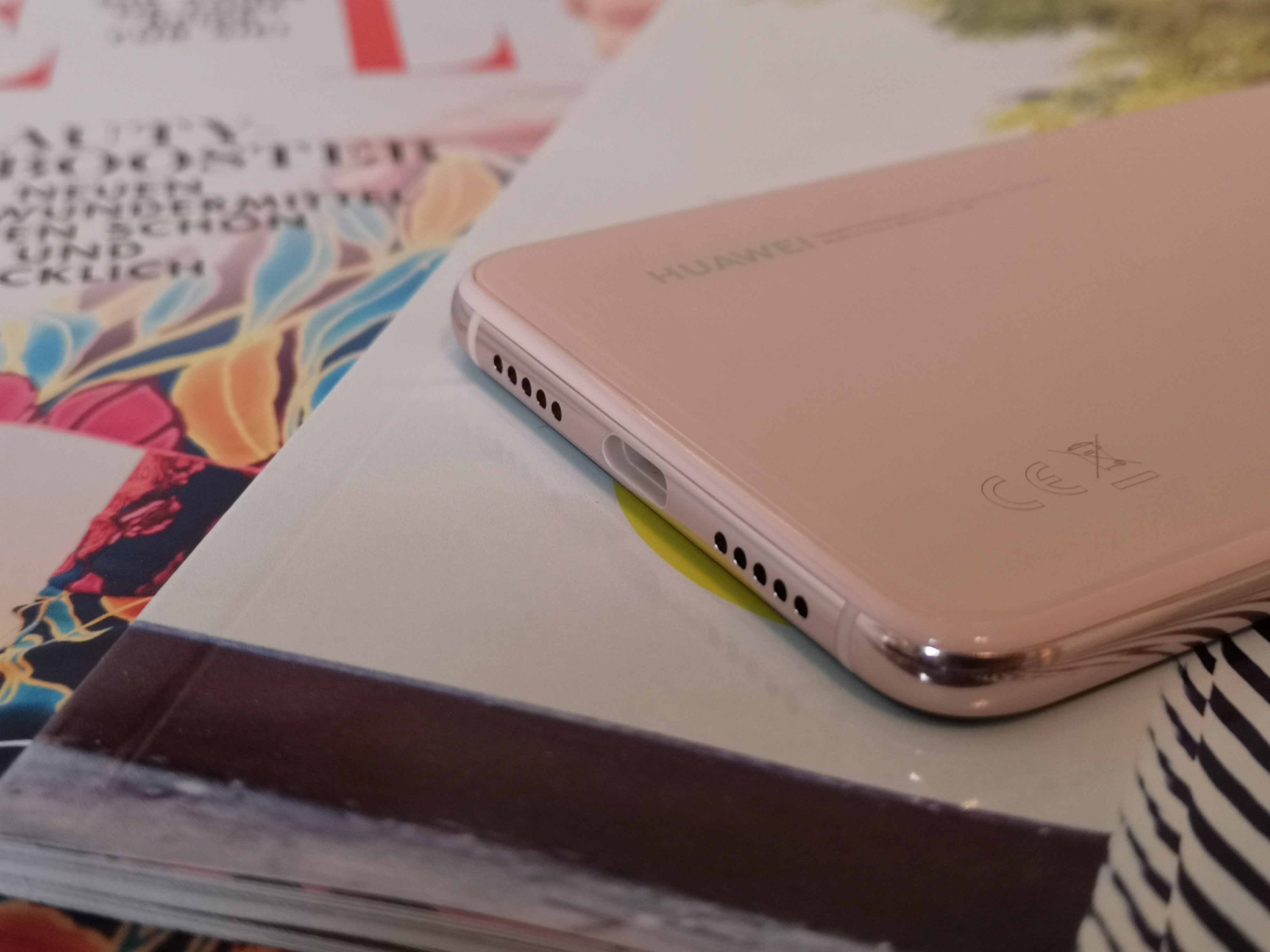 You may also notice that I’ve made no mention of a headphone jack and that’s because there isn’t one. Instead, you’ll have to use Bluetooth buds or live that dongle life (there’s one in-box).

Overall, build quality feels on a par with the P20 Pro, which is to say Huawei has clearly worked hard to ensure a high standard of fit and finish across every element of the P20’s form. Its glass and metal body is also equipped with IP53 certification, so while it isn’t technically as hardy against dust and water ingress as the Samsung Galaxy S9 or its bigger sibling, the P20 Pro, it can withstand the elements to a point.

Next
Screen and Software Review