The Huawei P9’s dual-lens Leica camera setup is without doubt its most interesting feature. During the P9’s launch Huawei made so many grandiose claims about the camera that my laptop keyboard all but melted as I manically tried to type them all down.

The big central point is that Leica helped create the camera hardware and software. For non-photography types, Leica is a powerhouse camera brand that has a strong track record of producing premium and ludicrously expensive snappers, and was the company that popularised 35mm film.

Specs-wise the camera rig is pretty impressive. Each of the cameras has a 12-megapixel Sony IMX286 sensor, an LED flash and hybrid autofocus. The only difference between the two is that one sensor is set to capture monochrome images, while the other captures the RGB (colour) spectrum.

Huawei claims the dual setup will help the camera pull off all manner of snazzy shot types and radically improve low-light performance  – apparently the black-and-white sensor can capture as much as 300% more light than regular smartphone cameras. 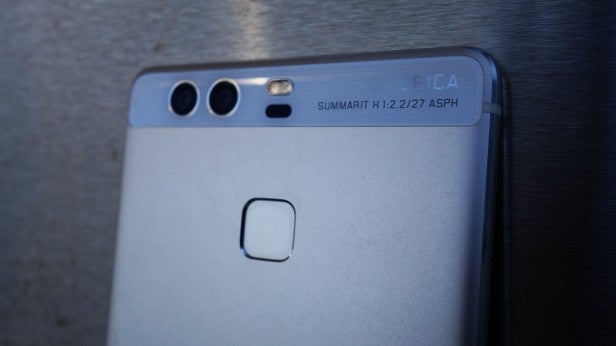 According to Huawei the dual sensor also means the P9 is the first phone in the world that will be able to capture a “professional Bokeh effect”. That’s the funky-looking aesthetic that a camera creates from heavily out-of-focus areas of the frame.

Ordinarily I’d have taken all these claims with a pretty big dose of salt – after all HTC made pretty much the exact set of claims when it unveiled its UltraPixel tech on the original One. But because of Leica’s hand in the P9 camera hardware and design I was a little more optimistic.

After a fortnight with the device I can confirm the P9 is capable of taking great photos that match, if not beat, those from the Samsung Galaxy S7 and iPhone 6S on quality. But getting the most out of the P9 can be tricky.

The auto setting works fine in regular light 90% of the time, but at times suffers from a few weird quirks. Pictures are all more than usable, but I noticed the camera has a tendency to add a subtle vignette effect. The camera also sometimes struggles with exposures in bright conditions, resulting in unbalanced images with slightly inaccurate, exaggerated contrast levels.

The weird anomalies likely stem from the dual-camera tech working a little too well and came as a slight surprise. Outside of the dual-lens tech, the P9’s cameras fall behind some competing top-end camera phones, like the Galaxy S7 and HTC 10, on two key areas – pixel size and aperture. 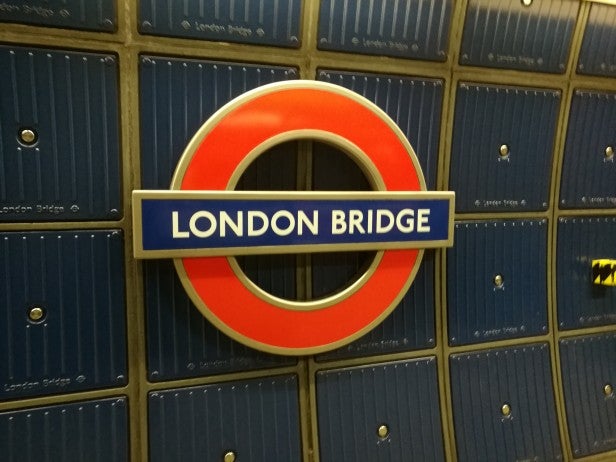 In auto mode photos can take on a reddish tinge 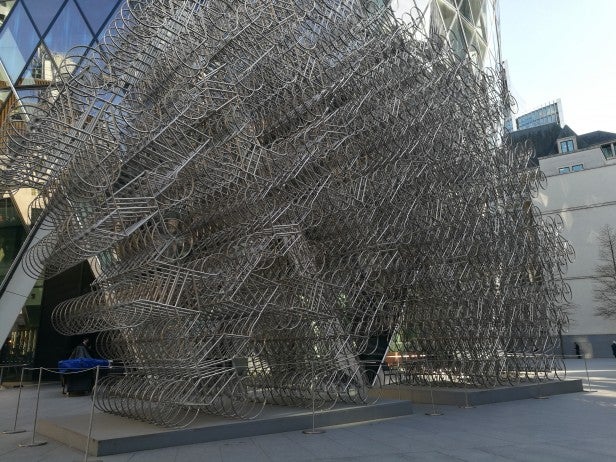 But they generally look really good

The P9 sensors have 1.25μm-size pixels and the lenses have a solid, but not best-in-class, f/2.2 aperture. As a rule of thumb a bigger μm and wider aperture (lower f-number) mean the camera sensor will be able to capture more light and perform better in darker situations. The Galaxy S7 has an f/1.7 aperture and captures 1.4µm pixels while the HTC 10 has an f/1.8 aperture and captures gigantic 1.55µm-sized “UltraPixels”.

I also had some issues with the colours. Reds in particular on occasion came out far too strong and ruined otherwise well-balanced shots when I was using the automatic mode.

Low-light performance is solid, but not the best I’ve seen on a smartphone. Images taken in dim conditions are good enough to share on social media. But the moment you even moderately blow them up on a large screen you’ll begin to notice noise and pixelation – though being fair this happens on pretty much every smartphone I test.

Luckily the majority of these issues can be fixed if you take advantage of the phone’s robust selection of shot modes and manual controls.

The P9 offers a range of 14 shooting modes. These include standard options, like High Dynamic Range and Panorama, as well as Huawei’s custom Light Painting, Beauty, Video, Bokeh and Monochrome options.

All the standard shot modes work a treat. The Panorama mode in particular is a highlight and among the best I’ve tested – unlike on competing handsets the mode is pretty stable and generally doesn’t end up with any overlapping or tears in photos.

Huawei’s Light Painting and Monochrome modes are also fun and make it easy for non-photographers to take artsy-ish shots in low light. The settings instruct the camera to continue shooting until the user manually tells it to stop. The resulting effect is an artistic photo showing moving light – like a long-exposure photo from a DSLR.

Others are a little hit and miss. The Beauty mode remains a strange beast that doesn’t really have a place on the western market. It’s a feature that’s designed to make people in photos look prettier, but from what I’ve seen it does little more than increase people’s eye size and flatten their skin tone. Testing the mode on several of the Trusted team, the results were… interesting. 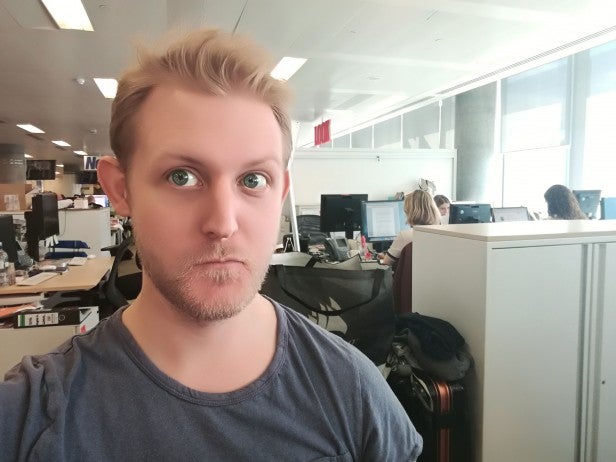 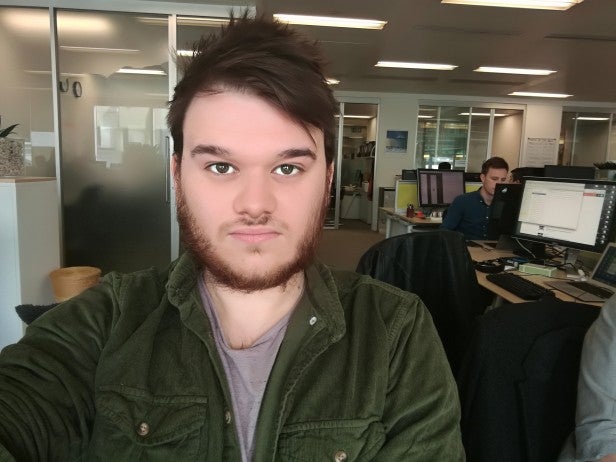 And Max definitley isn’t this boyband-ish in real life 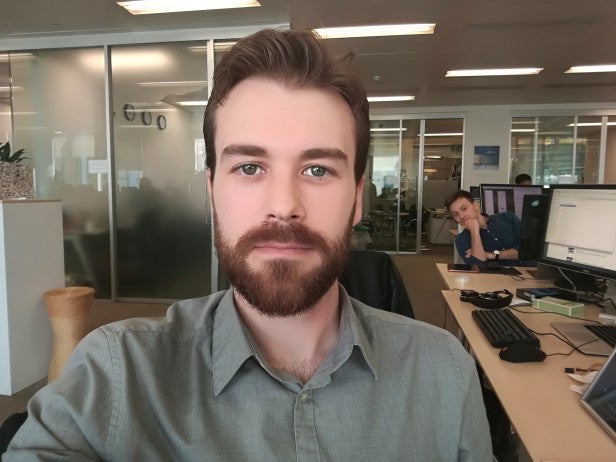 Nor is Joe this dead behind the eyes (except in meetings)

The Bokeh shot mode also isn’t as perfect as Huawei claims. It brings up a slider that lets you digitally adjust the sensor’s aperture. At anything but its lowest setting the mode is too extreme and will bring up blurry anomalies and inconsistencies. It’s still the best I’ve seen on a smartphone, though, and it easily outperforms the versions I’ve tested on past Samsung and HTC phones. If you are careful and use it sparingly you can produce some nice macro shots. 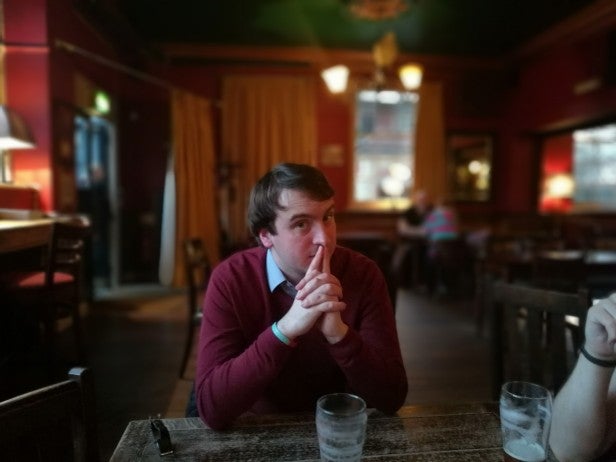 Maxed out, the bokeh effect can really punish inaccurate focusing 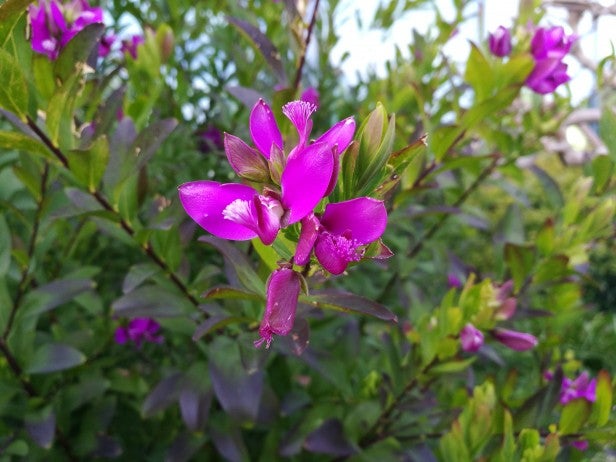 But if used subtly it can be useful

Generally, though, I got better results using the phone’s Pro camera mode. The Pro mode is accessed by swiping up from a small on-screen bar at the bottom of the camera app’s UI. It offers manual control over key settings such as focus, ISO, shutter speed, exposure and white balance. Using it I created much better low-light shots and more realistic bokeh effects – though this requires more time and a little technical knowledge to take advantage of. 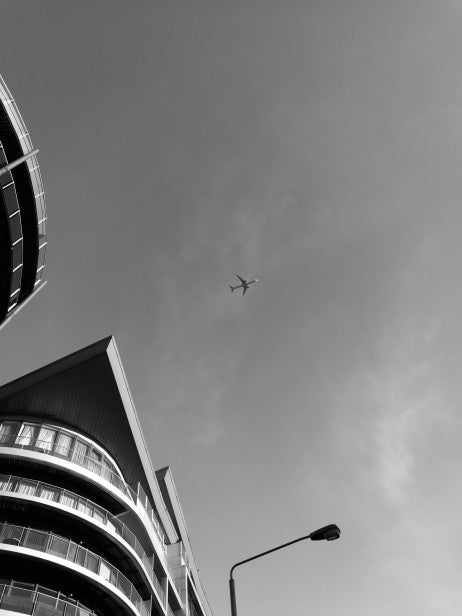