Huawei’s insistence on loading its God-awful Emotion skin onto handsets has been a constant problem. I’ve never liked Android skins, as they generally add bloatware, make needless changes to Android’s now excellent user interface and delay how quickly devices can get upgraded to new versions of the OS.

Despite Huawei having actively worked to tone down EMUI, the skin is still guilty of at least two of these sins and is, in my mind, one of the worst available.

For starters, the OS reworks Android’s user interface to the point that it’s all but unrecognisable. Android’s app tray has disappeared, so all installed applications are now displayed on the phone’s home screens, the same way they are on iOS. Useful shortcuts, like the torchlight in Quick Settings, have also been inexplicable removed. This makes the UI feel alien to even the most seasoned Android user. Considering Android Marshmallow’s awesome Material Design, I can’t help but feel Huawei’s making changes for the sake of it. 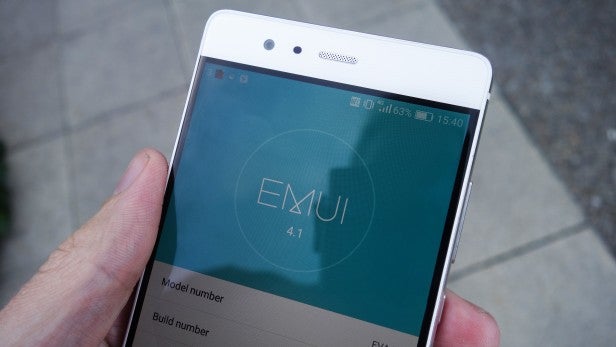 Hats off to Huawei for reducing the amount of bloatware on EMUI in recent years, but there’s still more of it than I’d like. Out of the box the phone still runs duplicate Huawei apps that offer either equivalent, or inferior, services to Android’s native versions. Key offenders include the messaging, calendar, email and gallery apps. I’d really like Huawei to take a page out of the HTC 10’s book and stop loading duplicate apps onto its handsets.

It’s too early to say if my third issue with Android skins will repeat itself on the P9. To know we’ll have to wait and see how quickly it gets upgraded to the final version of Android N later this year – though given Huawei’s poor track record with software updates I don’t have high hopes.

It’s easy enough to ditch EMUI using a launcher, such as the official Google Now launcher, but it’s still a faff, as the apps and useless features will still be there eating up storage and memory.

I may not be a big believer in Huawei’s software, but I have nothing but respect for its hardware. Past phones powered by Huawei’s Kirin chips have offered excellent performance.

With real-world us I found this remains true on the P9. The P9 is smooth to use 99% of the time. It glides between menu screens and launches applications in milliseconds. I found the P9 plays intensive 3D games, like Riptide GP3, chug- and stutter-free – though prolonged gaming did on occasion cause the phone to heat up, and lead to instances of CPU throttling.

Unlike past phones running EMUI I’m also yet to experience any unexpected application crashes on the Huawei P9. Outside of a few small bugs causing occasional stutters I haven’t noticed any serious issues with the P9’s performance. 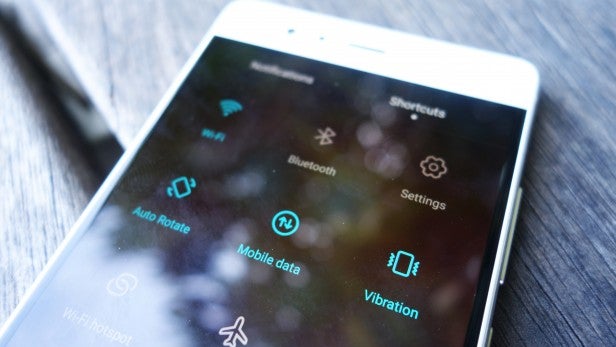 My real world impressions rang true when I put the P9 through Trusted‘s standard series of synthetic benchmark tests.

On AnTuTu, which offers a general measure of a phones’ performance, the P9 scored a respectable 98,008. This puts it well above the Qualcomm Snapdragon 810-powered Nexus 6P, but behind competing Snapdragon 820 handsets, such as the Samsung Galaxy S7. The Nexus 6P scored 50,030 while the Galaxy S7 scored 129,468 by comparison.

The P9’s Geekbench score was a little more interesting. The P9 ran in with respectable 1,750 single-core and 6,281 multi-core scores. The multi-core score is particularly impressive and puts the phone on a par with the Galaxy S7, which scored 6,307 on Geekbench and means the P9 should be great at multitasking.

Gaming performance is less promising. On the GPU-intensive 3DMark Sling Shot benchmark the P9 scored 966. This puts it below most 2016 flagships – the Galaxy S7 scored 2,129 on the same test.