What is the Hisense Sero 5?nfc trusted

Hisense is a name you’ve perhaps not heard of, but this Chinese manufacturer has been around since the 1960s and has its fingers in a wide range of pies, including kitchen appliances, air conditioning units and –  more recently – smartphones and tablets.

The Sero 5 is the firm’s leading handset, and aims to disrupt a market still recovering from the superb budget option that is the Moto G. It offers a quad-core Snapdragon CPU, roomy 5-inch screen, expandable storage, NFC support and 4G connectivity – all for less than £150.

Need help choosing a phone? Read our guide to the best mobile phone. 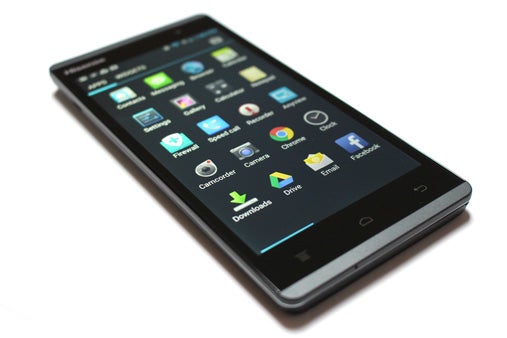 The Sero 5 feels exactly how you’d expect a sub-£150 phone to. It’s fashioned entirely from matte-effect plastic, with a faux-metallic trim running its edges adding a small degree of sophistication. The rear of the device – which unclips to reveal a removable battery, SIM card slot and MicroSD bay – is a rather flimsy piece of plastic, but when its affixed in place it’s solid enough.

From the front, the Sero 5 has a strong resemblance to the BlackBerry Z10; the 5-inch screen is surrounded by a reasonably large bezel, and on the bottom edge you discover the three Android-specific soft keys for Menu, Home and Back. The phone is a little longer than the Google Nexus 5, and around the same thickness. Despite its size, it feels light enough in the hand and is comfortable to use.

The phone’s IPS screen is uncharacteristically good for a budget device, offering a HD resolution of 1280 x 720 and striking, bright colours. It’s one of the best displays we’ve seen on a device of this class, in fact. 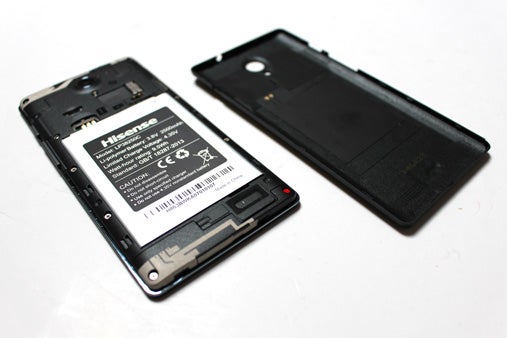 Despite its low price, the Sero 5 manages to include many features that are normally the preserve of flagship phones. It has expandable storage, NFC support and 4G LTE – all things which its Chinese rival the Xiaomi Mi4 lacks, despite its lofty status.

There’s an 8-megapixel snapper on the back of the Sero 5, which is accompanied by an LED flash for low-light shooting. On the front you’ll find a 2-megapixel camera for video calls and selfies, and while both are adequate, they’re hardly groundbreaking.

The Sero 5 has taken a leaf out of the Moto G’s book by shipping with a fairly stock version of Google’s Android operating system – 4.3, in this case. There are a handful of pre-installed applications which cannot be removed – including a call blocking app, FM radio and Office suite for opening documents and spreadsheets – but on the whole this is fairly light on bloatware, and is speedy and smooth as a result. 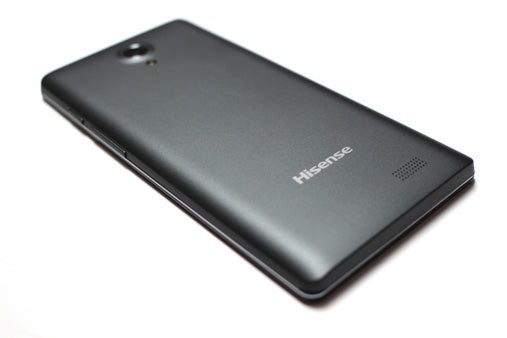 Powered by a quad-core Qualcomm Snapdragon 400 running at 1.2GHz and aided by 1GB of RAM, the Sero 5 is surprisingly powerful. It handled all of the tasks we threw at it without breaking a sweat, and is capable enough to play host to complex 3D games like Real Racing 3 and Dead Trigger 2.

The only time the phone genuinely struggled was when multiple activities were occurring in tandem, such as updating apps and syncing data – and even then, the worst we had to endure was a spot of jerkiness and some short pauses. Moving around the UI is a smooth experience, as is accessing the web. In fact, the performance of the device in general left us very impressed indeed, especially for a handset in this price bracket.

The Sero 5’s 8-megapixel camera produces adequate images, and boasts autofocus and an LED flash. Shots suffer from rather excessive compression and colours are a little washed out,, but what’s on offer here easily trumps the images produced by many of the Sero 5’s budget rivals. The 2-megapixel front-facing camera is a similar story, and is only really good for making video calls. 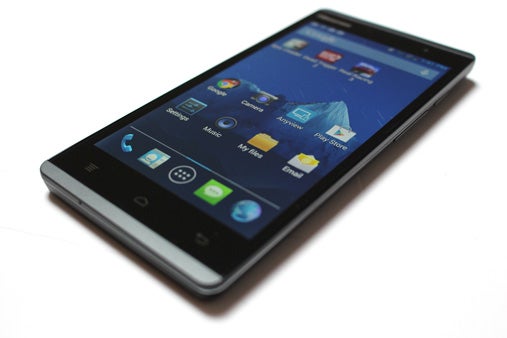 The Sero 5 comes with a 2,500mAh battery, which is larger than the 2300mAh variant seen in Google’s Nexus 5. Because the processor is slower and therefore makes less stringent demands on the battery, we actually found that the Sero 5 outlasted our Nexus 5 by some margin – it managed to last well over a day before it needed topping up. Another bonus is that the battery can be removed by the user, so you can buy a spare and have twice the capacity when you’re on the road.

The Sero 5 comes with 8GB of storage space, with 5.93GB of memory available to the end user. The big bonus here is that Hisense’s phone has a microSD card slot so you can easily add to this total without too much fuss – something that many other Android handsets lack these days. It accepts MicroSD cards of up to 32GB in capacity. 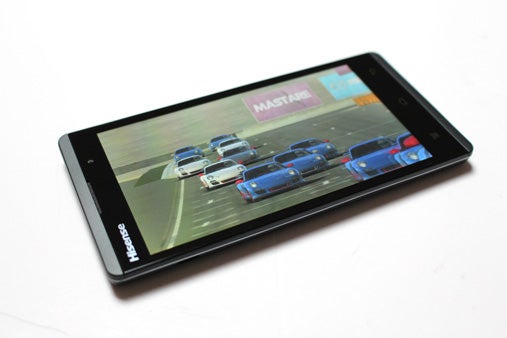 Should I buy the Hisense Sero 5?

If you’re in the market for an Android device but don’t have a tremendous amount of cash to throw around then the Sero 5 should be at the top of your list, alongside the likes of the Moto G. The name might not ring many bells, but don’t allow that to fool you as this is a very good phone.

The question is, should you buy this or the Moto G? The Hisense gains an edge thanks to its superior battery life and 4G support, but the Moto G edges it for design, a better camera and the reassurance of a known brand. It’s also worth noting the Moto G 2014 has already received an Android 5.0 Lollipop update, while the Hisense is on 4.3.

Most people will probably be better off with the Moto G, but if you value battery life and 4G support more then the Hisense Sero 5 is a very decent alternative.

A very decent alternative to the Moto G if you want 4G and better battery life.

The Hisense Sero 5 is available to buy from eBuyer for £149.99 SIM-free