Just because the iPhone 5S doesn’t have it it doesn’t mean that NFC isn’t a big deal. But just what is NFC? We go deeper into the technology and let you know what NFC can do for you.

Near Field Communication (NFC) is a wireless communication technology with a very short range – typically just a few centimetres – hence the “Near” in its name. It has been developed to enable phones to communicate with each other and with other devices or passive ‘tags’ simply by bringing the two close together. The technology that facilitates it isn’t actually that new, it’s an extension of the existing Radio-Frequency Identification (RFID) standards. That’s the tech used on the Oyster card system. In fact it has the potential to make your phone compatible with the Oyster system. Pay for a trip by swiping your phone? Yes please.

The basic technology consists of a small chip for storing information, an antenna for sending and/or receiving information and an inductive power system. And it’s this latter part that is really key to the technology’s wider uses. 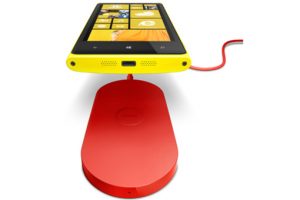 The Nokia Lumia 920 has wireless charging as well as NFC.

Inductive power is what’s used in wireless charging technologies as on the Nokia Lumia 920. Just like in larger electricity generation it uses the property that a varying magnetic field can induce a flow of current in a wire. But where a generator spins magnets to create current in a wire, inductive power transmission creates an electromagnetic wave in one device and uses it to create current in the antenna of another.

The result is that you can have a battery-less device like an Oyster card or contactless credit card be sent power by the card reader, which the card then uses to send information back to the reader.

In this way NFC can be used to read inexpensive, unpowered tags embedded in posters and magazines, or even be used as an electronic version of a barcode. This is also why phones with NFC can still be used for contactless payment – or any other purpose where a reader might provide the power – even when its battery is dead.

Beyond this NFC also stands apart from other wireless technologies because it requires little to no authentication. Because its range is so short, there’s no need for devices to be distinguished from one another like with Bluetooth for instance. Touch them together and communication is instant.

So that’s the core of the technology but just what can it be used for?

The main use for NFC that is capturing
all the headlines is as a wireless payment method. Contactless credit
and debit cards have been around for a while but now you can use your
phone for this instead, which as mentioned works even when you’re out of
battery.

At least you would be able to if it was widely
available – at the moment the technology is still patchy in terms of
support. 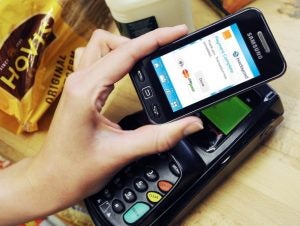 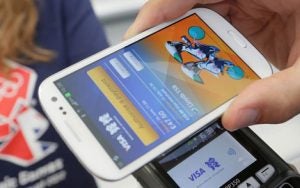 Otherwise,
though, the whole system is waiting for compatible apps to be released
by banks and for the networks to get onboard, though this should be
happening ever more rapidly over the coming months.

The other
side of the contactless payment equation is whether shops will have
compatible terminals, and here it’s actually better than you may think
with over 150,000 payment points already installed nationwide. The
following companies already have contactless payment systems installed
in all or some of their stores/locations.

Soon Oyster will also be compatible as will London buses.

In
terms of security, you can either set your phone up so that you’re
required to enter a PIN each time you go to make a payment – somewhat
self defeating – or simply have it instantly authenticate. If you choose
the latter you will only need to enter a PIN when you top up your
account.

And that’s the key to the way the system is setup on
most devices at the moment. You have a separate contactless
account which requires topping up, just like an Oyster card. This means you can only ever splurge
£50 or so before you’ll need to top up again. On most systems the
maximum spend is only £10-£20 too. One downside to these limitations is
that if your phone runs out of battery you’ll have to recharge it before
being able add more funds.

So clearly contactless payment is an
exciting aspect to NFC but actually it’s only part of the equation.
There are many other uses too.

Where NFC really starts to come
into its own on mobile phones is as a means of communication. Due to the
easy tap-and-go synchronisation on offer, you’re able to tap two phones
together to exchange information with little to no hassle.

So,
for instance, if you meet someone who you’d like to share your contact
details with you can simply go to your profile in the contacts app,
select the share option and tap your phones together to pass on the
info. Likewise if you want to share pictures, videos or whatever files
you like.

As well as being
able to exchange information between two phones NFC can also be used to
pass on information to all sorts of other objects. In particular it can
be used to instantly sync Bluetooth and Wi-Fi devices. 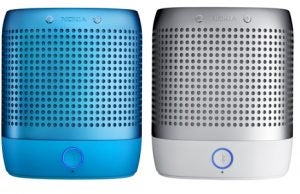 So,
instead of having to manually enter passcodes and what have you to get
your phone talking to your Bluetooth headset, Wi-Fi printer or broadband
router you can simply tap the two together to get them paired up. 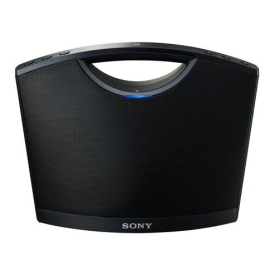 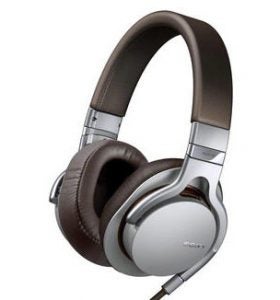 A
couple of already available examples of this are the Nokia 360 and Sony
SRS-BTM8 Bluetooth speakers and Sony MDR-1 headphones. And much more
technology will be coming out with this feature in the very near future.

NFC as a digital key

Just
like your security pass at work, NFC could be used to wirelessly unlock
a secure entrance. Working in this instance like a passive card, the
NFC chip can theoretically be configured to work as multiple different
passes so could buzz you into work, your house or your gym.

Sadly,
this is about the least supported use for NFC yet with very few
publicly accessible places using the technology. Plus it’s much more
reliant on smaller businesses implementing the technology, and we all
know how slow business can be to upgrade IT infrastructure.

So
you’ve learned what NFC can do, but of course to take advantage you’ll
need to know which phones support the technology. Well, very soon the
vast majority will but for now it’s still only the more recent
higher-end phones which feature it, some of which are listed below.
Famously, the iPhone 5 doesn’t have the technology. Silly Apple.

So
it’s pretty clear NFC is an exciting development for mobile phones and
technology in general, and it won’t be long before it’s a regular part
of our day to day lives. As the technology develops we’ll return to this
article to make sure it reflects all the latest updates for the
technology so you always know what your NFC enabled phone can do for
you. In the mean time, get your hands on an NFC phone and give it a go.