It’s been a long time coming but BlackBerry (formally RIM) has finally unveiled its latest phones, the BlackBerry Z10 and the keyboard-touting BlackBerry Q10. The latter won’t be arriving for a little while yet but we’ve spent a couple of days with the Z10 to find out what it’s all about.

Both these new handsets run the brand new BlackBerry 10 operating system, which BlackBerry hopes  will rival Android, iOS and Windows Phone, and in doing so give the company a truly independent foothold on the smartphone market, as opposed to going the Samsung/HTC/Nokia route and using other manufacturer’s software.

It’s a risky move as the market is already somewhat saturated with interface choice so many punters would rather not have their choices widened. Moreover, these days phones are very much more defined by their hardware features than what software they run – after all, we all expect these interfaces to just work – so will BlackBerry’s tactic succeed?

We’ll be taking an in-depth look at every nook and cranny of the new BlackBerry 10 software in a later feature but for now it’s the overall experience of the Z10 we’re going to focus on.

Already available to buy here in the UK already, it’s available on all the major networks on both contract and pay as you go, and it’s even on EE’s 4G network. In fact, it will support all future 4G networks too. It doesn’t come cheap though. You can pick the Z10 up for around £480 on PAYG or for free from £36pm. That’s about £100 more than a Samsung Galaxy S3 on PAYG and about £5pm more.

Straight out the box, first impressions of the Z10 are rather good. Sure, it’s not going to win any design awards but its staid, utilitarian styling feels smart, functional and business like – just as you’d want from Blackberry. That said, it does lack a certain something to really make it feel premium. The main culprit is the back which is plastic and has a dimpled finish. It looks okay but there’s no flare. 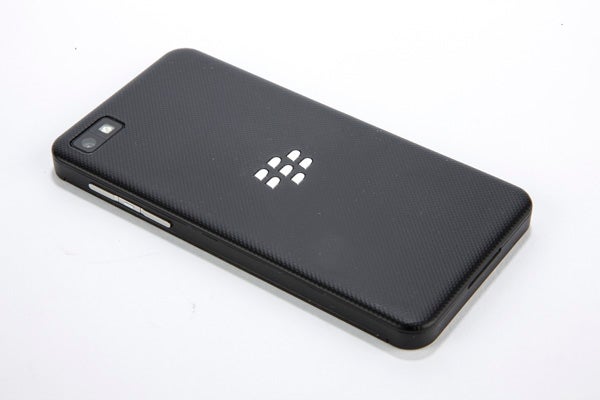 Perhaps more important than style is the feel of the phone.  With the BlackBerry Z10, BlackBerry hasn’t followed the current trend for enormous phones with enormous screens. Instead its latest handset sports a 4.2in display which means the whole handset is a pretty comfortable size. By all means, it’s larger than an iPhone 5 but all its other headline competitors are noticeably larger still.

That said this isn’t the most efficient phone when it comes to space around the screen. With large top and bottom bezels the whole phone’s dimensions are 130 x 65.6 x 9mm, which puts it at the same height as the 4.5in screen touting Nokia Lumia 920. Nonetheless, 9mm is reasonably impressive as slenderness goes and, at 137.5g, it’s by no means a chunky monkey in the weight department. Plus, we quite like the look of the symmetrical bezels – it’s very iPhone like – and the overall balance of the phone is good. 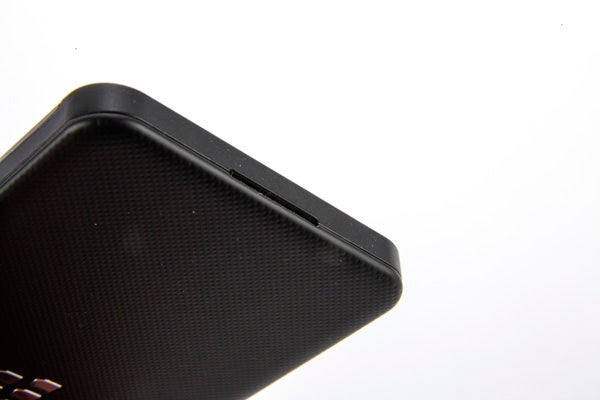 Other points work in this phones favour when it comes to handling comfort. That dimpled back has a soft-touch plastic finish that feels nice and… well, soft and provides a good amount of grip too. And yet, despite this grippy surface, the phone remains easy to slide in and out of a pocket – a gripe we sometimes have with phones finished in this way.

Even more important than the finish of the back is that it can be removed. Using the notch, which doubles as the speaker output, on the bottom edge of the phone, it’s easy to get a fingernail under the cover and prize it off. Just as with the Samsung Galaxy S3, the back is simply a slim bit of flexible plastic held in place by a few clips so it’s easy to remove and replace. In fact, in some cases we’ve heard it’s a little too easy to remove as on some handsets the bottom edge in particular has started to come loose of its own accord. We’re yet to notice any issues but will keep an eye on this over the coming weeks.