What is the GoPro Hero 5 Session?

The Hero 5 Session sees the return of the cubic form factor that GoPro debuted with last year’s Hero Session (originally launched as the Hero 4 Session). But where the Hero Session initially struggled to find its footing, launching at the same price as the better-performing Hero 4 Silver (£330), before having its price slashed multiple times, the Hero 5 Session’s purpose is far clearer.

GoPro has streamlined its models this year and done away with the Silver companion to the flagship Black model. This year’s Hero 5 Session takes the place of the Silver and can now be considered the more entry-level or sidekick camera to the top-end Hero 5 Black.

When the Hero 5 Session first launched, it arrived with a UK RRP of £249.99 but its official price has subsequently increased to £299.99. That’s the same £50 increase seen with the GoPro Hero 5 Black, which is a move seen across numerous tech products in the UK following Brexit. Fortunately, if you shop around, most places are still selling the Hero 5 Session at or below its original retail price, so be sure to shop around.

The Hero 5 Session will appeal for its smaller form factor compared to GoPro’s more traditional cameras, making mounting it to trickier positions an easier proposition. As such, it makes for a great secondary camera for multi-camera shoots. Think leg-mounting while climbing, for example. Even just holding the camera for shooting quick videos is made easier due to the Session’s size and shape.

In truth, the design has barely changed from the original Session. It’s still an adorable cube-shaped camera, but it’s ever so slightly bigger. This won’t be something you’ll notice unless you put the two cameras next to one another, however – and even then it’s barely noticeable. 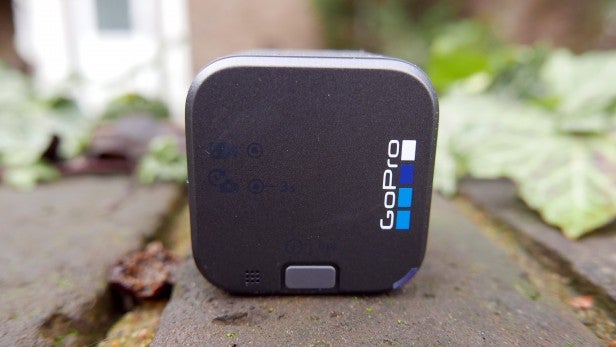 The main benefit of the original Session was its waterproofing, without the need for external housing – which has since been copied by the Hero 5 Black. This remains with the Hero 5 Session; it will happily go to 10m without a modicum of fuss.

Once again, there are dual microphones – one on the front and one on the back. The camera can dynamically switch between the two based on external conditions, such as windnoise. Since there’s no external housing to obstruct the microphones, this makes for far better sound recording, and the Hero 5 Session now supports more advanced wind noise reduction too.

The microphones are also used for the Hero 5 Session’s voice-triggered actions. Like the Hero 5 Black, you can utter commands such as “GoPro take a photo” or “GoPro start recording”, and the camera will obey accordingly.

That is, if the microphones can hear you. I often found that in noisier outdoor environments – an ice rink, for example – the microphones would struggle to pick up my voice. A wrist-based remote control and microphone is available as a separate accessory, which might be a more reliable option if you do find yourself dependent on voice commands. 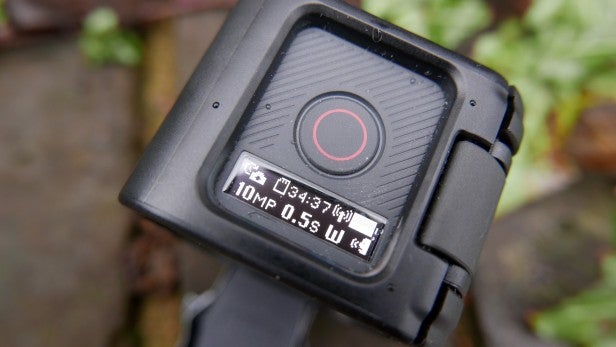 There’s a sliver of an LCD panel on the top of the camera, alongside the shutter button, which supports the one-button quick-recording function seen on previous GoPro cameras. This will turn the camera on and begin recording following a single press. Another press stops recording and shuts the camera down.

On the rear of the camera is a multi-function power button that’s also used in conjunction with the shutter button to navigate the basic menu system. You’re able to change settings and capture modes directly on the camera, and the in-camera software has seen the same improvements that have been made to the original Session over the past year.

One such enhancement was the ability to access a Photo mode, in order to take still image captures. Puzzlingly, this wasn’t available when the original Session launched, so the only way to capture still images without using the app was to capture burst or time-lapse images by holding the shutter button.

The stability of the camera’s software has also been improved, and in testing I found it didn’t hang or lock up as often as the earlier software versions on the Hero Session. 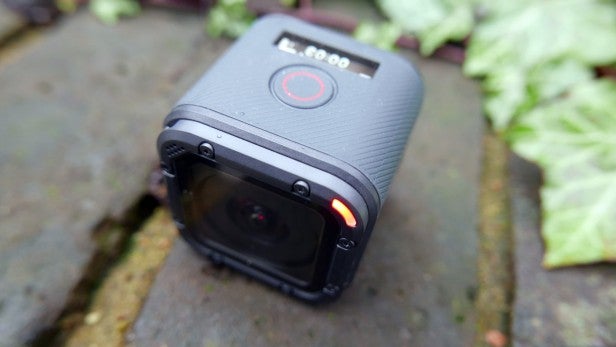 You can change the usual settings, such as resolution, field of view and, new with both the Hero 5 Session and Hero 5 Black, you can turn on or off the electronic image stabilisation. Like the Hero 5 Black, though, this is disabled when shooting in 4K.

Along the edge you’ll find a USB Type-C port for charging and the microSD slot. There’s no external display output on the Hero 5 Session like you find on the Hero 5 Black through Micro HDMI. However, there is support for an external microphone, which was missing from the original Session – although you’ll need to pick up an adapter.

Of course, the big omission compared to the Hero 5 Session’s bigger brother is the lack of a touchscreen display. This means you’ll need to use the companion app if you want to take more consideration over how you frame your shots, and there’s no basic in-camera video editing.

From my experience, especially when shooting first-person perspective video, I just need to make sure the camera isn’t pointed too high or too low, so you don’t need to constantly have a live-view output. Spending a bit of time in the app to get yourself aligned before shooting can pay dividends. 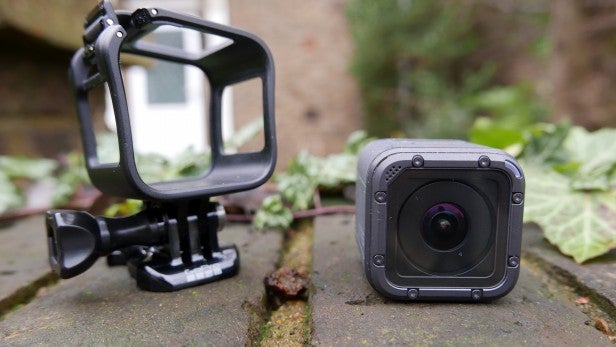 As for included accessories, there’s a mounting frame supplied in the box, which wraps around the Hero 5 Session and provides a standard GoPro mounting point.

A ball-head mount is included, too, which lets you not only adjust the angle of the camera really easily, but spin the camera round to go from a first-person perspective to a follow perspective with minimum fuss – useful when you’re careering down a slope at top speed.

The above two are also accompanied by a standard, low-profile mount, plus flat and curved adhesive mounts the box.

The Hero 5 Session supports Bluetooth LE and Wi-Fi. This will let you pair the camera with the Android and iOS GoPro Capture app, so that you can remotely control the camera as well as powering it on from your phone. It’s also an easier way to change camera settings and, as mentioned, a means to get a live view output to get around the lack of a built-in display on the camera.

The process is generally smooth and problem-free. I only encountered connection woes very occasionally. Once paired up, there’s a fraction of a delay from the live view, but nothing worth worrying about. Otherwise, the experience with the Capture app is identical to when using the GoPro Hero 5 Black. Similarly, you have access to the Quik app if you want to knock together a swift edit. 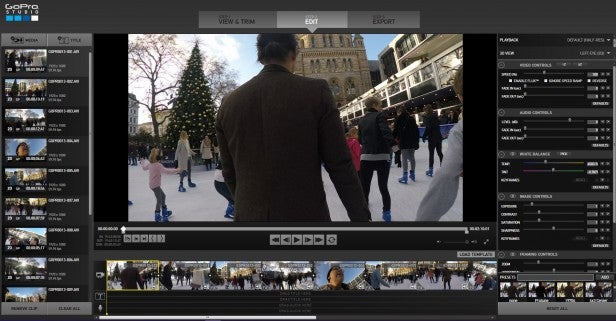 GoPro’s desktop software is easy to use when it comes to video editing. Cutting and editing different shots together is intuitive, but you might find the software a little basic if you’re used to more advanced editing suites.

Those are always an option if you prefer, but as an entry into video editing it does a good job. My video test footage on the next page was edited in the GoPro Studio desktop software.

With a recent update to its app, GoPro has introduced a new feature called QuikStories. You can think of these as a bit like Instagram Stories and Google Photos’ automated Assistant. At the end of each day, the app can check what new content is on your GoPro Hero 5 Session camera and then automatically create a short highlights video. This makes getting content off your camera far easier and you still have some manually control if you want to make tweaks.

Next
Video and audio quality, battery life and verdict Review