What is the GoPro Hero Session?

The Hero Session is GoPro’s smallest action camera ever and has been designed to be as unobtrusive as possible, whether strapped to the front of a ski or attached to the end of a guitar.

When it launched, it cost £330/$400, which was not exactly cheap. In fact it was the same price as the Hero 4 Silver at the time, which is better in a number of ways – the most important being video quality.

The Hero Session has since had a number of price cuts, as well as being renamed as the plain Hero Session (losing the 4). It shouldn’t also be confused with the newer and more feature-rich GoPro Hero 5 Session.

Now that it’s available for as little as £150 it’s a far more tempting prospect as GoPro’s entry-level action camera.

Everyone we’ve handed the GoPro Session to coos, “Look how small it is.” And that’s the nub of it – this is an extremely compact action camera, a full 50% smaller than its Hero4 siblings. That makes a big difference when it comes to mounting a GoPro in an awkward position. In fact GoPro’s Senior Producer, Cort Muller, mentioned strapping the Session between the spokes of a bicycle. You can’t do that with any other GoPro. 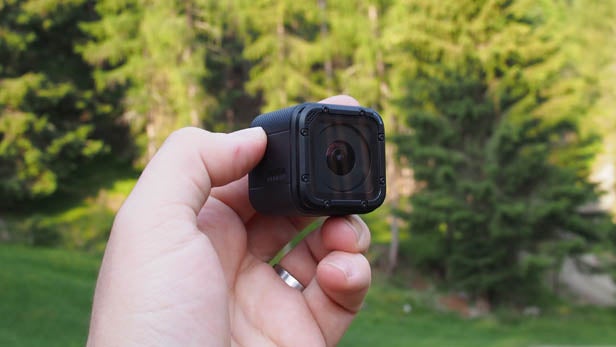 But how small is it really? It’s just 35mm each side, which is just half the width, and a little more than half the weight, of a Hero4 Black in its water-resistant housing. And let’s face it, you’ll want your GoPro protected from the wet stuff more often than not. That’s what makes the Hero Session so neat – it’s water-resistant for up to 10m/33ft without the need for a cover. 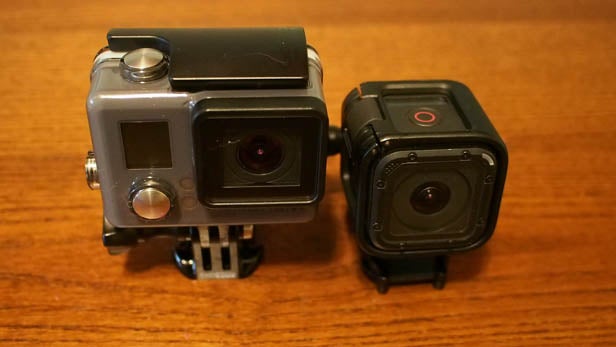 The GoPro Hero Session compared to the Hero LCD+

There’s another benefit to losing the waterproof case. The small grilles housing the microphones – one on the front and one on the back – aren’t covered. GoPro claims this improves the quality of audio captured and we’re inclined to agree, but we’ll go into more detail on that later.

Losing a thick, tough outer shell does mean the Hero Session is more exposed to the elements, but also less protected from knocks and drops. Once inside its mount that’s not too much of a problem. The mount covers all the corners and edges of the Session, just like a case on your phone does. This protects all but the lens area from the worst damage a drop can cause.

There’s no such safety net when you’re holding the Session in your hand, though. 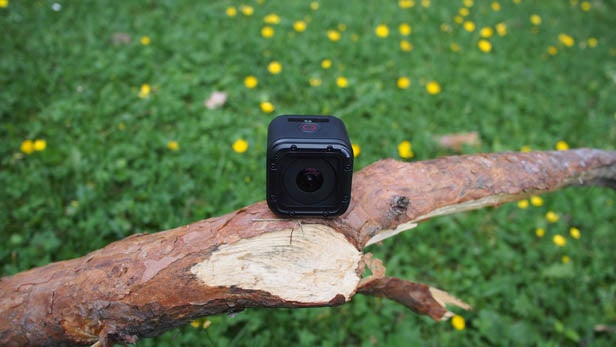 The good news is that we’ve dropped the Session half a dozen times during testing and it’s shrugged off all the bangs and bashes. GoPro has clad the Session in textured rubber, which makes it both grippy and tough. The lens is protected by a sheet of glass bolted on to the body and we’ve yet to scratch it in the slightest. The bolts are there so you can replace it if the worst should happen – a replacement kit with two lens covers costs £34.99/$39.99. 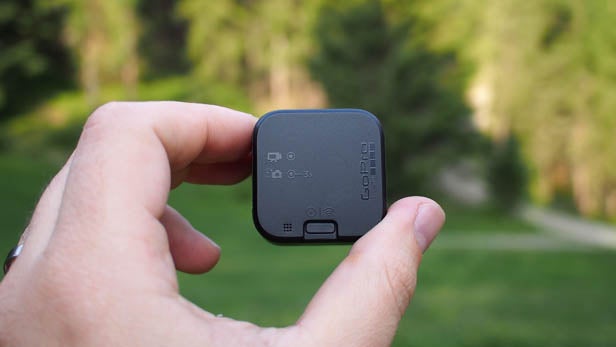 Physical controls are minimal, as you might expect with such a dinky little device. Core features are covered by one button on the top of the GoPro Session. Next to this is a small LCD screen that lets you know how long you’ve been rolling for, how many pictures you’ve taken, the quality of video you’re shooting, and remaining battery life. There’s another button on the back that’s recessed. This is mainly used for pairing the Session with a smartphone or flagging a video highlight so you can find it easily while you’re editing.

Pairing is easy enough, but using this button to flag video highlights depends on a number of different factors. Firstly the button is hard, if not impossible, to access when the Session is mounted. Secondly flagging a section of video while you’re doing a 360 backflip on a BMX over the Grand Canyon – my signature move – isn’t likely to be at the forefront of your mind. Still it’s a useful feature if you’re doing something not too extreme and the Session is in your hand. 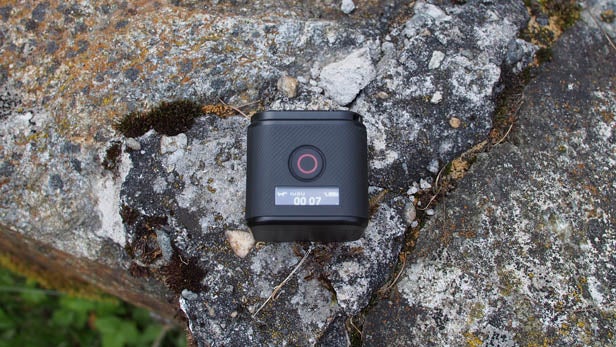 And while the vast majority of the time you will use the Hero Session while it’s in some sort of mount, that won’t always be the case. The cube design is neat and cute, but it does mean the Session is hard to decipher by touch alone. Is the lens pointing at what I want it to or the back of my hand? Am I framing my video correctly? Am I shooting video or taking a time lapse? These are all questions you will keep asking yourself when you start using the Session.

Give it a little time, though, and you start to understand what’s going on better. It’s not as easy to use in hand as the HTC Re, or even as the GoPro Hero4 Black that has a more traditional camera shape, but you’ll sooner or later get to grips with it.

Even though it has a totally different shape, the Session is compatible with previous GoPro accessories, although I did find that because it’s a little thicker it doesn’t have as much travel – using the GoPro headstrap, it points down slightly more than other Hero4 cams. There are also a bunch of new accessories GoPro is launching with the Session, such as the Floaty, which, as you might have guessed, helps the action cam float and be easily seen if dropped in water. 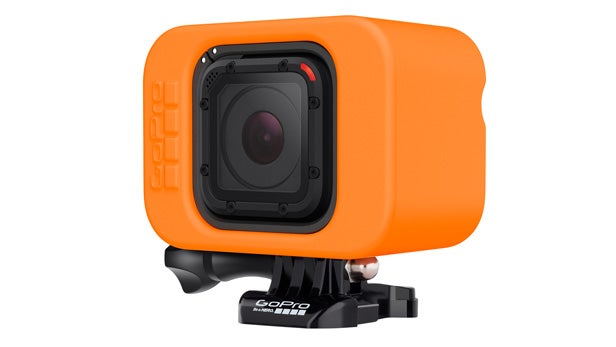 A small flap pops out of the right-hand side of the Session when you flip a small switch. This allows access to a microSD card slot and the Micro USB charging port. That’s a step forward for GoPro – most of the Hero4 range still uses the older Mini USB standard. 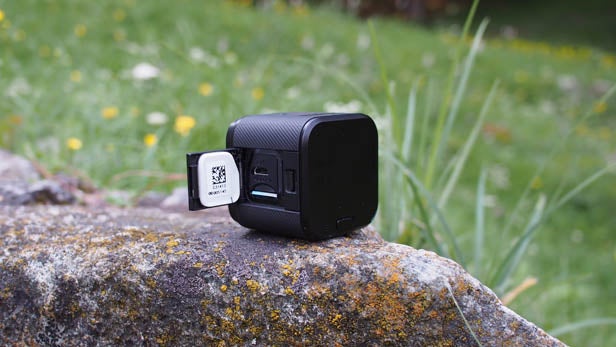 That’s it in terms of physical connectivity and features. The Session does also come with Wi-Fi and Bluetooth, though. Both are there to help the little action cam connect to your phone, and that brings a host of additional features with it.