Available on Steam (PC, Mac, Linux) £19.99 and iOS/Android £14.99 each
Since Football Manager first hit phones and tablets a few years ago, there’s been a feature that seems like such an obvious inclusion I’m surprised it’s taken this long for it to arrive. That feature is cross-save, and it’s probably the biggest reason for picking up Football Manager Touch 2016.

With cross-save, you can start a game on your computer at home and pick it up on your iPad on the way to work or at lunchtime. Back home again? All that data can be synced to your laptop.

Having this addition instantly makes Football Manager Touch 2016 an interesting product. I’ve always found other mobile instalments in the series good as standalone games, but lacked the lasting factor simply because a lot of the time it’s better playing on a larger screened laptop, rather than a relatively small tablet. 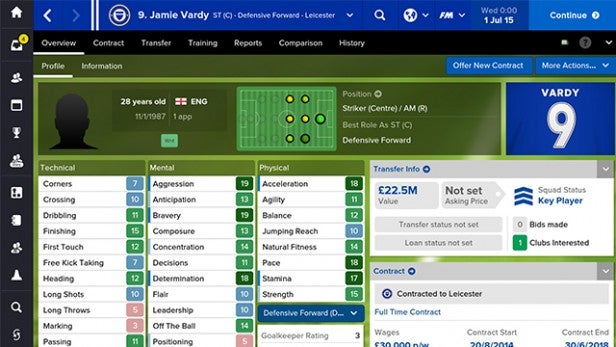 Now, it’s still some way off being the perfect solution. First off it’s important to note that you can only sync the data between Football Manager Touch for ‘high-end tablets’ and the desktop version of FM Touch. If you’ve started the normal, full-fat version of the game you won’t be able to bung that progress onto your trusty iPad Air 2.

If you’ve already purchased Football Manager 2016 – and you really should, it’s very good – you’ll get Touch for your PC for free. You can also buy it separately through Steam for £19.99 and then you’ll need to buy it once again for your Android or iOS tablet. That version will set you back another £15. Quite a pricey process.

Just like last year’s Football Manager Classic, Touch is a slimmed down version of the very best footy sim you can buy. It ditches things like team talks, press conferences, managing your training schedules and so on, meaning you can get straight down to the fun stuff: choosing a team to manage, buying some uber-talented young starlets from South America and hopefully taking a mid-table side into the final of the Champions League. 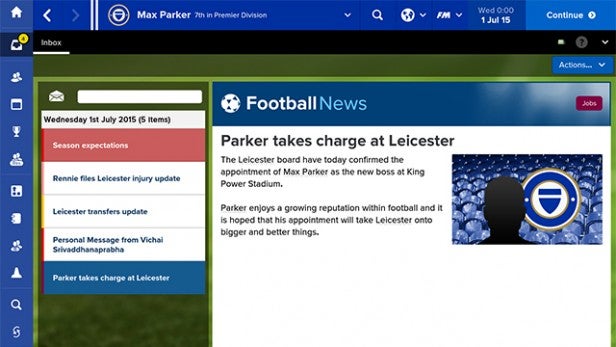 A lot of the fantastic visual changes that made FM 2016 so great have made their way over to Touch. If you put a player in the wrong position, it’ll tell you so straight away and recommend a more suitable replacement. A lot of the once text-heavy menus – especially those for setting up how your team plays – are now much easier on the eye with big arrows and brighter colours. This makes even more sense on the tablet, as tapping the options is easier than using a mouse.

The 3D game mode from the full game is here too – although I’ll take the 2D view anyday – as are the hilariously bad create-a-manager options.

Create-A-Club is here too and it’s still ridiculously fun, as are a bevy of Challenge modes. These plonk you straight into some tough situations  – having your starting eleven injured or trying to win the league with a bunch of kids, for instance – and make sense on a tablet as they give you shorted burst of gameplay rather the fairly complicated desktop version.

Football Manager Touch has a lot going for it, but it’s not perfect. There’s far too much insistence of in-app purchases to help make the game easier. Every time one of my players gets injured I’m pestered into buying a ‘Magic Sponge’ for 79p. Any true FM fan will know this isn’t the right way to play. 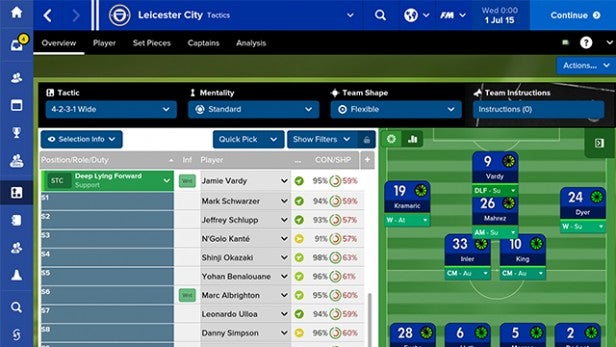 There are also some issues with how the game uses the cross-save functionality. Instead of seamlessly syncing your progress to the cloud every time you save on the iPad (or desktop) you need to manually go into the main-menu, hit the ‘Cross Play’ option and upload your game. I want it so that each time I open up the game – whether it’s on my MacBook or iPad – I’m put directly into the the latest save.

Odd bugs are also very common, not so much on the desktop but certainly on tablets. The game struggles to start again when I jump out and back in again, sometimes it’s completely unresponsive while others a takes me back a few days for no apparent reason. It’s also still quite a slow game, something I hoped wouldn’t be an issue with this slimmed down version. There’s a lot of time wasted on Loading screens and this somewhat deters from the tablet experience.

If you only want the core Football Manager experience, and want to be able to play it almost seamlessly across devices, FM Touch is great. It boils down a lot of what makes Football Manager so special – the slick experience and wealth of player data – but makes it far more accessible and not so time consuming. 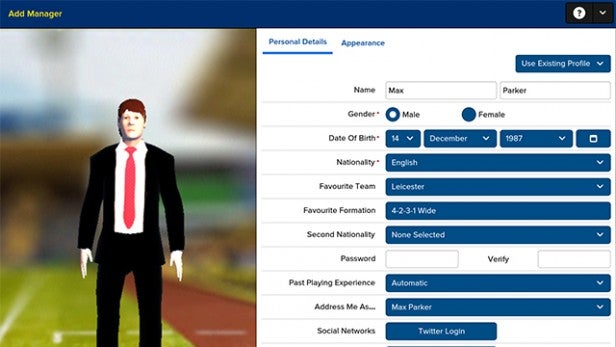 Yet, for the almost £35 asking price – that’s if you buy both the Steam Touch version and the iOS/Android one – I would like a lot less annoying bugs and for the cross-save stuff to be a bit more straight-forward.

Football Manager Touch 2016 is the perfect game for those folk who simply don’t have enough time to sink into the full game. All the player data and knowledge is still here and loads of the visual tweaks that made Football Manager 2016 so great are here too.

If you persevere with the slightly clunky cross-save process, that can really be a killer feature. Switching from a tablet to a desktop and keeping your game intact just makes so much sense.

For me to fully recommend this package the bevy of bugs and general slow loading screens – even on a powerful iPad Air 2 – need to be sorted out, but it’s a strong effort nevertheless.