The EE Kestrel has a pretty basic camera setup. There’s a 5-megapixel sensor on the back and a 1-megapixel one on the front. You get a rear flash too, finishing off what is a complete – if basic – camera array.

Performance is fairly similar to what you get with a Moto G. We wouldn’t be surprised if the two cameras used the same sensor. We’ll take a closer look at image quality in a moment. 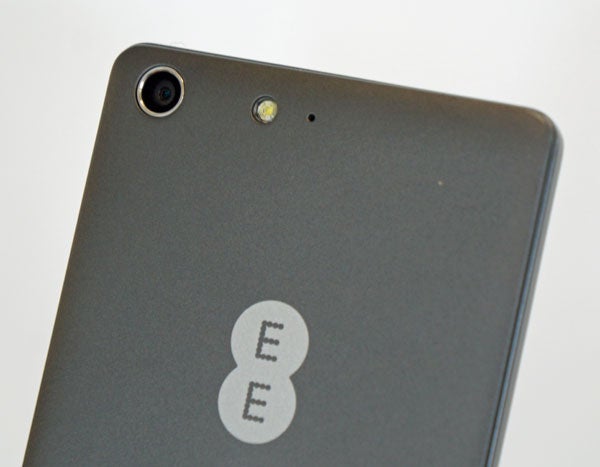 First, a look at the interface. The EE Kestrel has a simple but extremely easy and intuitive camera app. You shoot with your right thumb and change settings with your left.

The phone puts the right settings at your fingertips too. Core modes like HDR, Smart and Panorama can be switched to in a second, while others are kept further under the surface. After complaining about the custom Emotion UI interface, we’re impressed by the no-nonsense approach to the camera app.

If you don’t want to use the virtual shutter button you can also touch-to-shoot or use the volume up button. 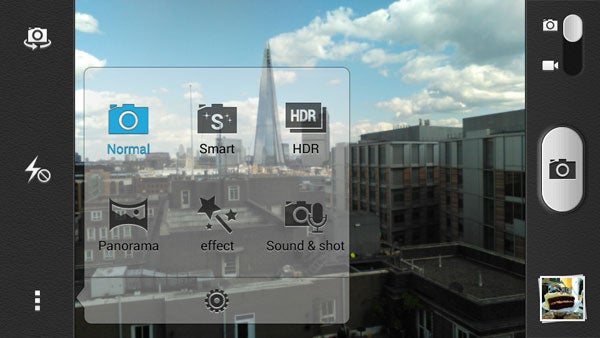 Back to image quality, the EE Kestrel provides the sort of detail we expect of a 5-megapixel camera. You wouldn’t want to blow up and print out these shots but they’ll do the job for the less serious Instagram’ers out there. Photos tend to look a bit brighter and more colourful than those you get from a Moto G, too, even if colour accuracy is not too great.

The EE Kestrel trades away some natural-ness in order to get sharper, more vibrant-looking shots. 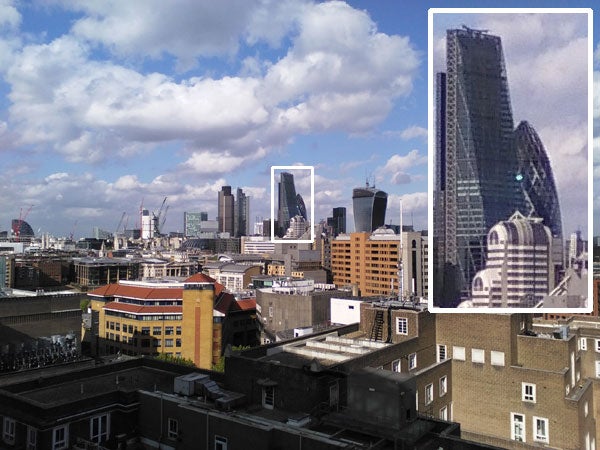 The most apparent issues include that the focus is at times a little unreliable – we had to take multiple shots of the same subject just to be sure. Shots are also frequently riddled with purple fringing, where the edges of high light contrast objects turn purple. Check it out: 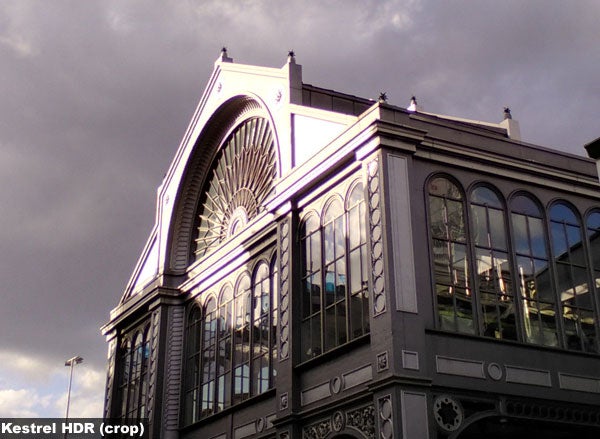 Like most cheaper phones, the EE Kestrel struggles when trying to capture scenes of tricky lighting, but a pretty a solid HDR mode is there to help out. HDR reduces overexposure and increases shadow detail, and is very handy when shooting scenes where the sun is just out of view.

In low-light scenes, the EE Kestrel also struggles to render much detail without the flash and tends to get the white balance a bit wrong with the flash on. But, hey, this is a £99 phone – let’s keep our expectations realistic. Here are a few more samples: 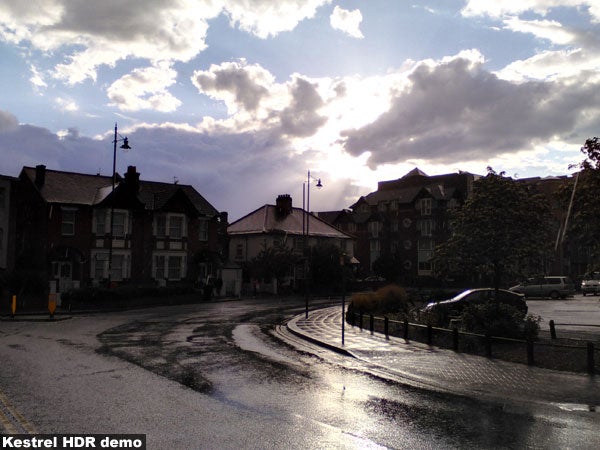 The HDR mode is OK, and is useful for tricky lighting 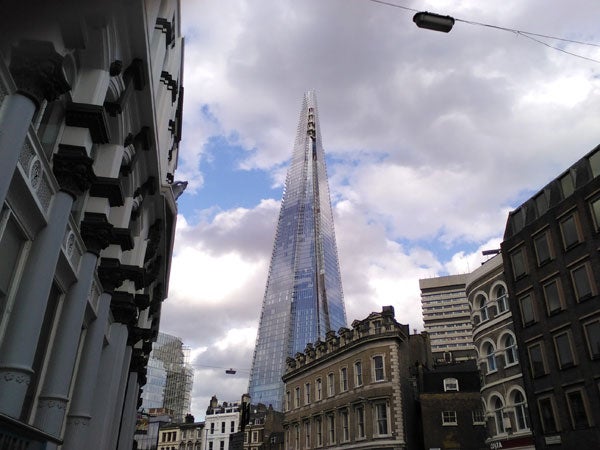 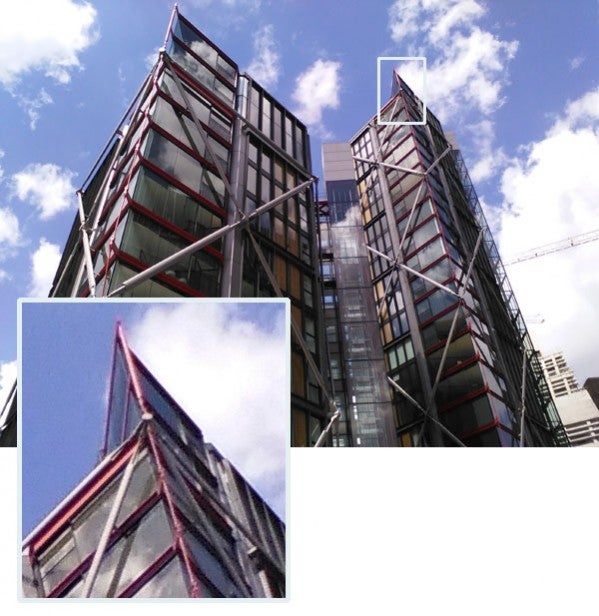 Even in great lighting pics are a bit grainy, but when zoomed-out it doesn’t matter too much 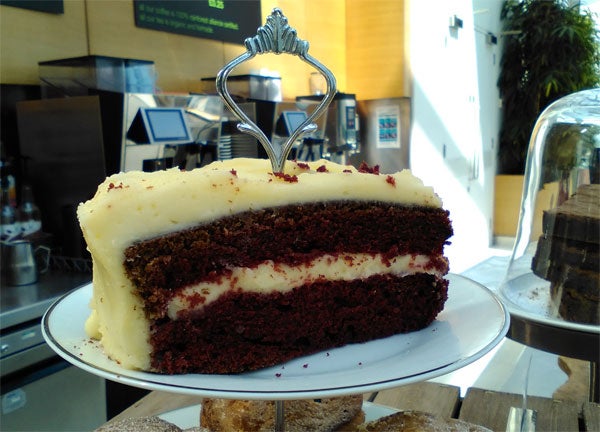 There’s very little blurring out of backgrounds when shooting close-ups (this is a bad thing. p.s. cake)

The other two sides of the EE Kestrel’s camera performance are video capture and the front-facing camera. They’re both basic. But, again, more-than-acceptable in a cheap phone.

Video capture tops out at 720p resolution with both cameras and there’s no video HDR mode to make dynamic range a bit better. You’ll see the same purple fringing that we demonstrated in the Kestrel’s stills, too.

The front-facing camera is a mere 1-megapixel sensor, but it’s fairly good. Colour reproduction is nice and relaxed to avoid giving you red-faced selfies, and 720p video is enough for decent video chat. It won’t give you world-class selfies like the EE Kestrel’s brother from another mother the Ascend P7. But, again, for the price we’re happy.