What is the Huawei Ascend G6?

The Huawei Ascend G6 is a 4.5-inch 4G Android smartphone that’s like the cheaper, more affordable spawn of the more premium Ascend P7 and near identical clone of the EE Kestrel.

It’s another Huawei phone that’s going to find it tough to stand out of the crowd and at £200, it’s competing with the likes of the 4G-supporting Moto G (£150) and the Xperia M2 (£149). The specs lists are not too different so it’s down to the camera to justify making the extra spend. 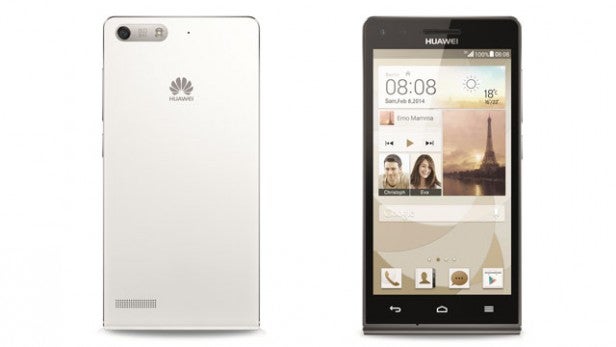 Unlike the P7, it’s mostly a plastic affair here and is essentially the same phone as the Huawei-built EE Kestrel. Whether you go for the white on black or the iPhone 4S-esque black with silver band model, both measure in at 7.85mm thick and weigh 115g.

The bottom edge is curved where the 3.5mm headphone jack lies just like it does on the Kestrel, which means the headphone jack will annoyingly point into your pocket and is a nuisance when you are holding it in one hand. There’s a matte black removable back that pulls away to reveal the microSIM card slot and microSD card slot. Disappointingly, the battery is not removable so you are going to be out of luck if you want to carry around a spare.

Up front, the black screen bezel is slim around the sides and thickest above and below the display making room for the physical soft keys, front camera and earpiece. Button-wise the slim volume rocker, on/off button sit on the right edge with the micro USB charging port oddly up top and the total opposite from what every other phone manufacturer does. Around the back is the camera sensor and the sole speaker down the bottom. 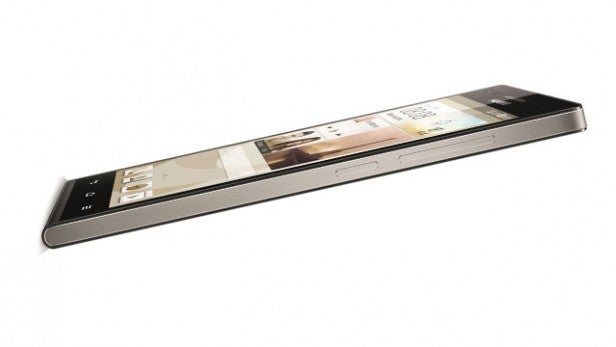 Huawei phones on the whole have been largely dull and uninspiring handsets to look at in the past, but this slim number actually feels really nice in the hand and slips easily into the pocket. Some of the design decisions, particularly the headphone port placement, are baffling. When you look at the competition, the Xperia M2 mimics the Xperia Z2’s sleekeness while the Moto G, though
largely very ordinary does have those removable phone fascias to mix
things up.

On the whole this is a good-looking midrange phone, it just doesn’t have that one unique quality to really make it stand out. 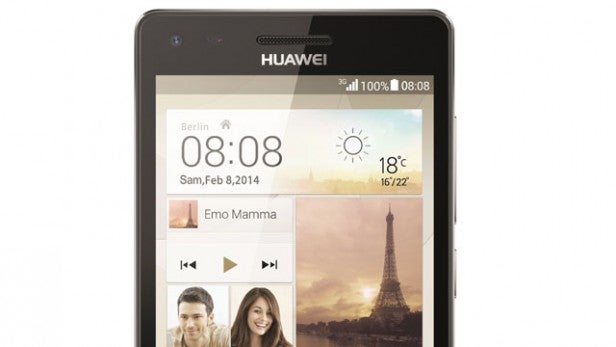 The Moto G has pretty much raised the bar for what we can expect from a sub- £200 smartphone in the screen department and the G6 falls short of the same impressive performance. It’s not terrible and on a 4.5-inch screen the sharpness and clarity is perfectly acceptable for watching video and reading web pages. It’s a nice bright screen, too, but colours can look a little saturated and there’s some minor issues of pixellation here as well even looking at images.

One of the more impressive aspects is that it does at least use IPS display technology, which helps generate decent viewing angles and offers good visibility outdoors.