It is in the EE Kestrel’s software that we see the most obvious influence of the company that made this phone – Huawei. The Kestrel runs a slightly out-of-date version of Android, 4.3, and on top there is a custom interface known as the Emotion UI.

This is used in Huawei’s own phones, to set them apart from the scores of other Androids.

It has a few of its own ideas, some of which take a bit of getting used to. Its most important change is in getting rid of the home screens-apps menu divide of ‘normal’ Android.

Instead, everything happens on the EE Kestrel’s home screens. If you have an app installed, it has to live somewhere on a home screen. 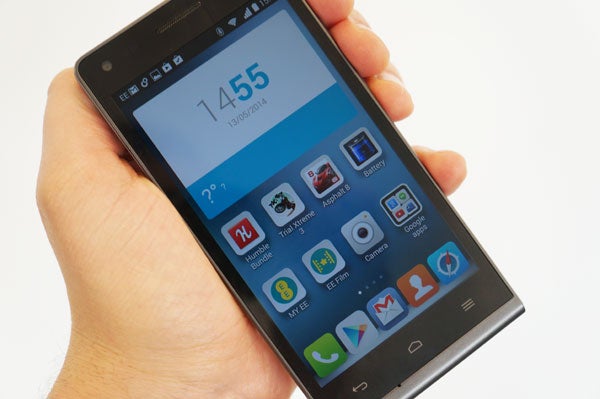 This offers-up potential for making your Kestrel a confusing mess, but you can use folders to sort out your apps, and you can have up to nine home screens.

This layout makes the EE Kestrel seem a bit like an iPhone at first glance, but the Emotion UI is a bit less accessible than iOS. You can’t, for example, automatically re-organise your homescreens’ layouts. And having to consider widgets alongside all your apps requires that bit more thought when setting up your phone.

It’s this extra bit of effort required that makes Emotion UI a bit of an iffy custom interface – many people don’t want to have to work to get their phone feeling as it should. 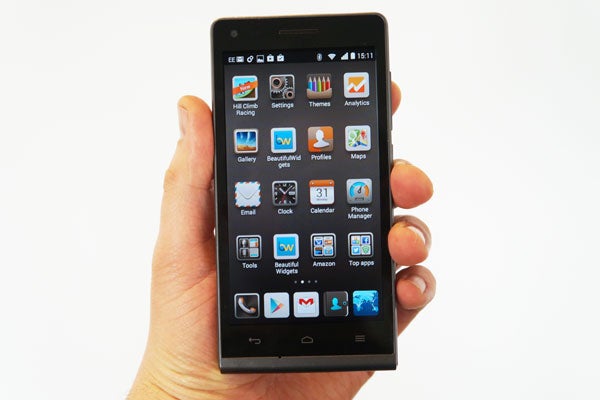 Themes, the one other key feature of Emotion UI, create a similar problem. The EE Kestrel’s themes let you dramatically reskin your phone with different looks, including new app icons, wallpapers, lock screens and so on.

You get four themes pre-installed from the start, but we’ve seen better Emotion UI themes out there than the ones that come included. None have quite the simple and clear style other mobile software systems are striving for at the moment.

While it’s not well advertised, you can download other themes for the EE Kestrel online. But the vast majority are only found on the Chinese Emotion UI portal. Where everything is written in Chinese. Nice work, Huawei.

If an iOS-like look is what you’re after, though, you can get it. Check out the ‘Flat style’ theme at this website. For non-Chinese speakers, here’s a direct link to the Theme seen in some of these photos.

See what we mean? Huawei has not made it easy to like Emotion UI, and EE has done nothing to help. 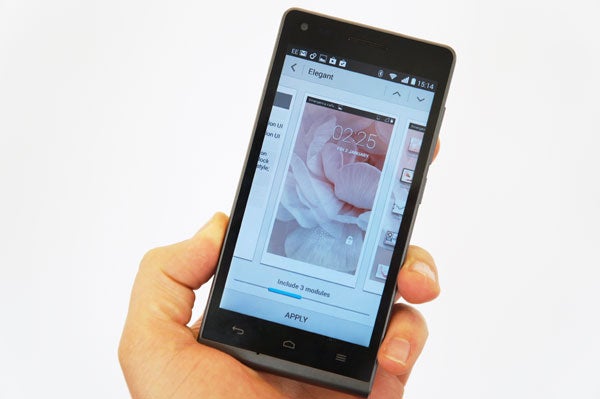 However, there’s less of a performance drain than we’ve seen in some other Huawei phones. Flicking through the EE Kestrel’s interface is mostly quick and smooth, and much of our testing was blessedly bug-free. We can’t say the same of all of Huawei’s older phones.

There are some performance trade-offs that come with the £99.99 price, though. Some games seem to take an awful long time to load, for example, even if the actual performance during play is quite good.

Gameloft’s Asphalt 8 is the top example. It runs remarkably well during races on the EE Kestrel, but loading the game, and loading races during play, takes a while: longer than you’d expect in a pricier phone.

This largely comes with the territory of a phone with 1GB of RAM, though.

The EE Kestrel’s CPU is a Snapdragon 400, a quad-core 1.2GHz chipset seen in lower-end and some mid-range phones. It’s the best we could hope for in a sub-£100 phone, and is shared by the superb Motorola Moto G. Several £200-odd phones use it too – the £200 HTC Desire 500 uses an even slower version of the same chipset.

There are few apps and games compromises here – the EE Kestrel can run most things. It is, like most network-branded phones, loaded with some bloatware, though.

As well as the full Google suite it has a pair of EE apps, the full Amazon app suite, a half-dozen ‘recommended’ apps, a dozen utilities and a few other Huawei bits. The EE Kestrel is packed with apps, many of which you may never use. And most are a bit ‘jumble sale’ in their presentation.

What annoys us the most is how much this cuts into your internal memory. There’s 8GB of storage, but you only get access to 3GB of it (granted, it could be a lot worse). 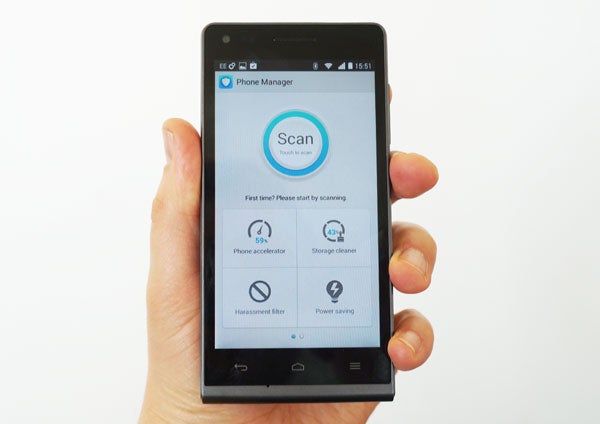 One of the few interesting app extras is Phone Manager. This is a way to clean up your phone without having to delve too deep into the EE Kestrel’s Settings menu.

It lets you alter power settings, get rid of unnecessary data, close down apps and setup a black list. Getting harassed by unwanted admirers? The EE Kestrel will sort you out.