Capable of a wall-wobbling performance, and bristling with advanced connectivity, the AVC-X4700H is both a home cinema powerhouse and talented musical hub. There’s just one catch...

Home cinema receivers tend to evolve at a snail’s pace, with improvements being gradual at best. But the Denon AVC-X4700H breaks that mould.

Connectivity is leading edge and its 3D audio codec game on point. If you’ve yet to update your home cinema, perhaps holding on to a dusty AVR that predates Dolby Atmos, this model will have you hankering to finally upgrade.

It’s worth noting that there are actually two versions of the Denon AVC-X4700H in the wild. The UK/EU iteration reviewed here (£1449/€1549), is an amplifier without an FM tuner, hence its AVC prefix. The US version ($1799) is a classic AV receiver (AVR), with FM radio.

Design – Reassuringly built, but there are HDMI issues we need to talk about

Design wise, this AVC is unapologetically brutalist, with its sharp lines and squared off corners, but we can live with that. It tips the scales at 12.7kg, and build quality is reassuringly substantial. Available in either black or silver, the chassis is a dual-layer design, a key difference from the cheaper AVC-3700H. 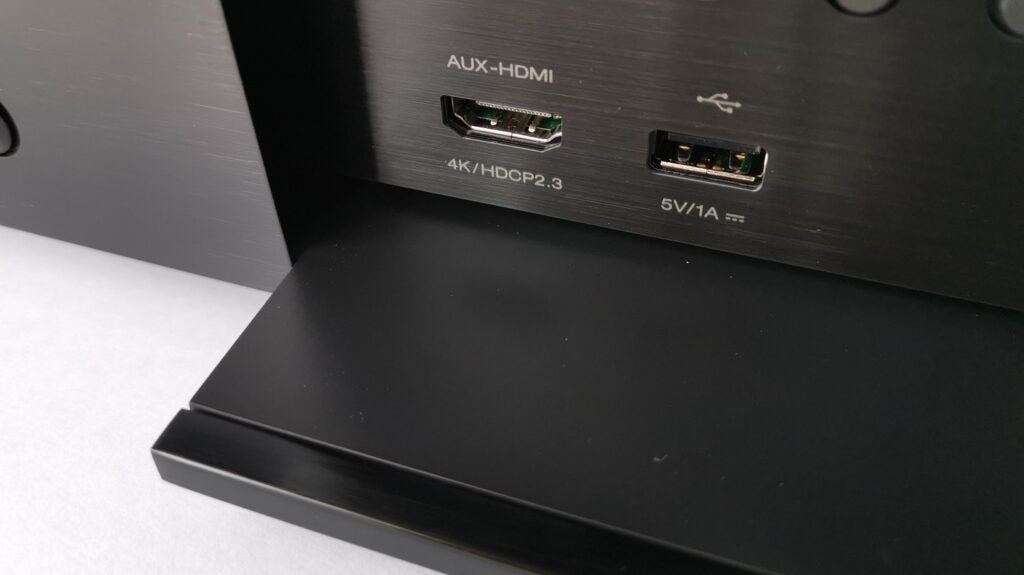 The X4700H generously offers eight HDMI inputs, one of which is 8K capable, with three HDMI outputs. That means you could manage a projector and screen in one room, and still have the option to feed video to a second room. 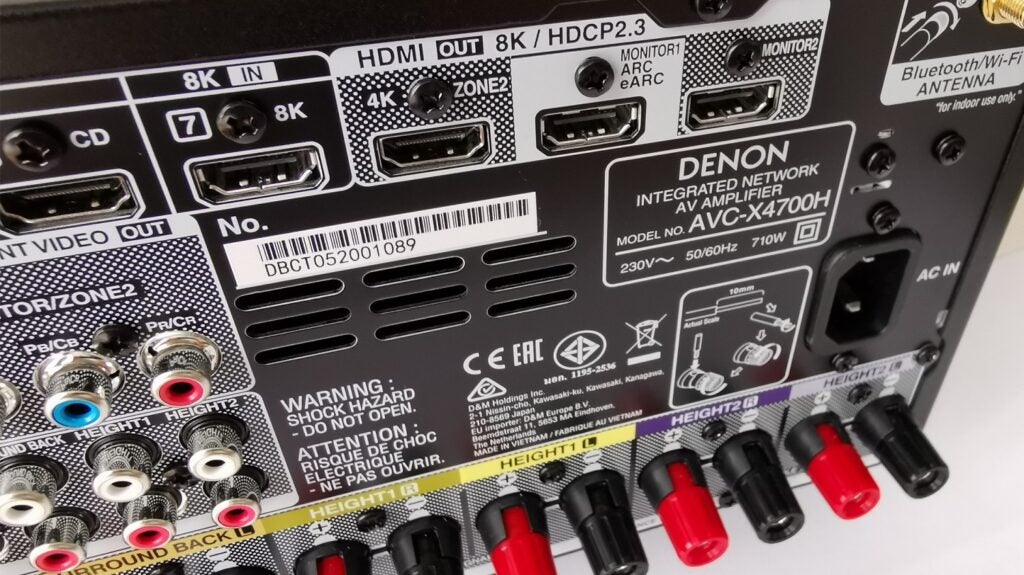 The feature set of the AVC-X4700H is forward facing. We know that because there’s an HDMI input explicitly labelled 8K, complete with corresponding input on the remote control.

Of course, the true value of this lone fat HDMI pipe is that it’s also able to handle 4K@120fps, which is the optimum video output of the Sony PS5 and Xbox Series X. Admittedly, there’s precious few 4K/120fps titles available, or screens that can support it, but that will change.

Unfortunately, next gen consoles can present a blank screen when connected to this input to play 4K/120fps content. This is an industry wide HDMI problem, and not specific to Denon’s implementation. 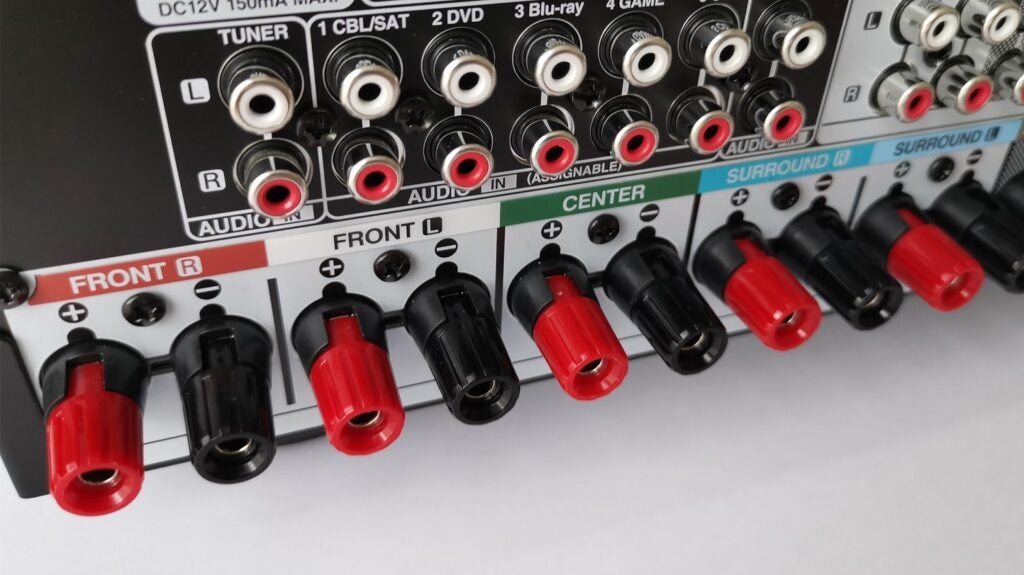 The brand says it hopes to announce a fix, but in the meantime suggests owners hook their next gen console up to a 4K/120fps TV directly, and eARC audio back to the amplifier. Alternatively, you might want to lock the video output of your console at 4K/60fps. Admittedly, this isn’t ideal, but that’s where we are.

Setting up a new AV amp can be daunting, but Denon goes a long way to simplifying things with its pictorial UI, which guides you through the process. New on the X4700H is a Video Info screen, which usefully details both the input and output signal. 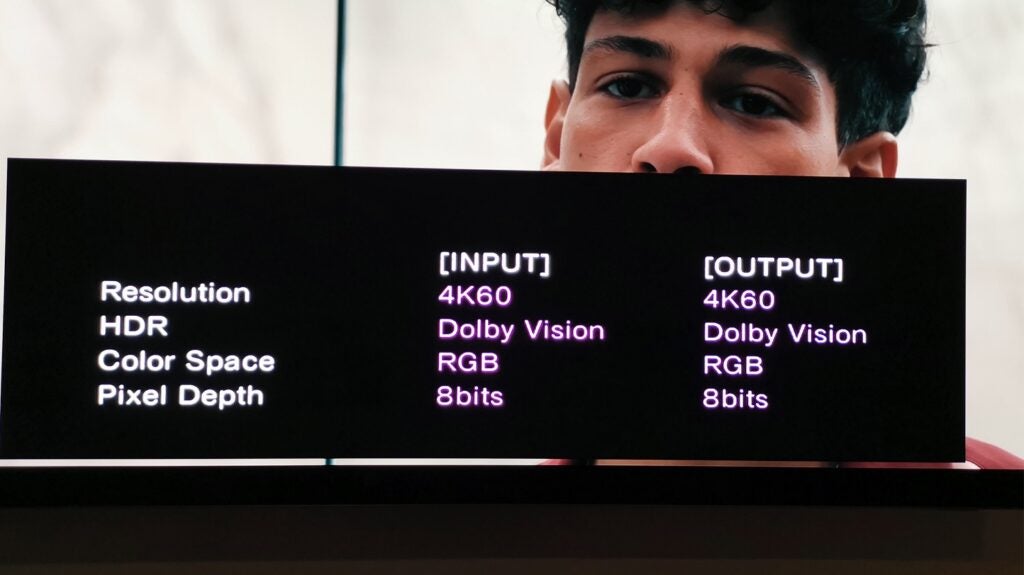 New this year is a Dual Speaker Setup preset which allows you to hop between different EQ settings for two channel music and multichannel home cinema.

Performance – This amp has plenty of dynamic muscle, and it holds a tune too

The AVC-X4700H is a nine channel design, allowing you to implement an Atmos speaker configuration of 7.1.2 or 5.1.4. However, there’s 11.2 channel processing available, so you can upgrade to 7.1.4 by adding extra amplification, if required.

Codec support covers Dolby Atmos, DTS:X, DTS Virtual:X, Auro-3D and Dolby Atmos Height Virtualization. The latter proves helpful if you don’t yet have physical height, or up-firing speakers. I tried the amp with a traditional 5.1 speaker layout, and was impressed at just how engulfing it sounded. The precision of a physical 5.1.2 speaker layout may not be there, but it was a good half-way house.

There’s also support for IMAX Enhanced decoding, even you’ll have precious little opportunity to use this.

What’s immediately apparent is that the X4700H has plenty of muscle. It’s conservatively rated at 125W per channel (into 8 ohms), but there’s no doubting the dynamic power on tap. In a fairly average sized room, it never feels strained or under pressure. The X4700H feasts on big, bold film scores, spreading them into every nook and cranny. Classic Williams, symphonic Goldsmith, industrial Zimmer, whatever the tone, it suits them all. 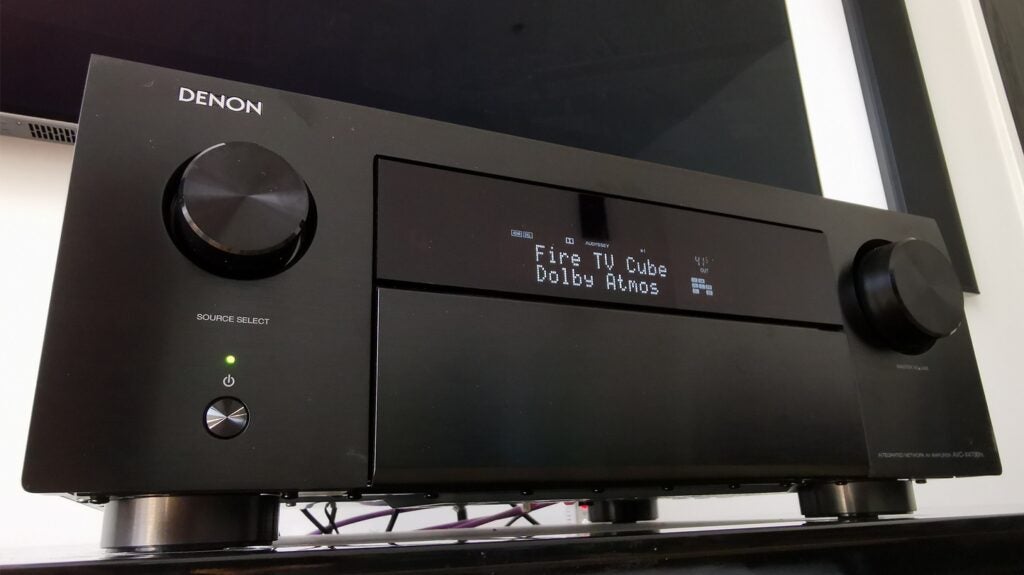 While Atmos is its natural stomping ground, it does a seamless job upscaling regular 5.1 too. The emotional weight and jazzy warmth of Soul (Disney+) is distributed through all channels and sounds beautiful, with naturalistic balance.

But the AVC-X4700H will just as quickly punch you in the face. When required, beats land hard and fast. As Jessica Jones (Netflix, Dolby Atmos) brawls, you’ll feel your walls are about to crumble. In a good way.

The AVC-X4700H delivers in spades. It’s an outstanding performer, loaded with features and boasting the right mix of refinement and drama.

Its advanced connectivity is obviously welcome, although the issues with 4K/120fps are galling. For most users this won’t be an immediate problem, as games tend to be 4K/60fps as default.