A great-sounding, musical speaker. The Formation Wedge will likely invoke some bemused stares for how it looks, but also plenty of admiring glances for its sound. Competition in the premium wireless speaker market is growing, but with the Formation Wedge, Bowers & Wilkins confidently plants its flag in the ground.

What is the B&W Formation Wedge?

The Formation Wedge is the latest speaker from British audio brand, Bowers & Wilkins. Catching the eye with its unusual design, it offers a measured, room-filling performance.

When Bowers & Wilkins announced its Formation audio range, it set out to make high-end, no-compromise hi-fi/home cinema products – but you’ll need a wallet big enough to afford them.

Replacing the Zeppelin Wireless is the Formation Wedge, another speaker that embraces… an interesting design.

The dictionary definition of a “wedge”  is something “having one thick end and tapering to a thin edge”. This is exactly what the Formation Wedge is.

It’s both shapely and ungainly, a big chunk of hi-fi that’s also sculpted. The smooth finish of the “thin” edge gives way to what looks like a tortoise shell on the thicker side. 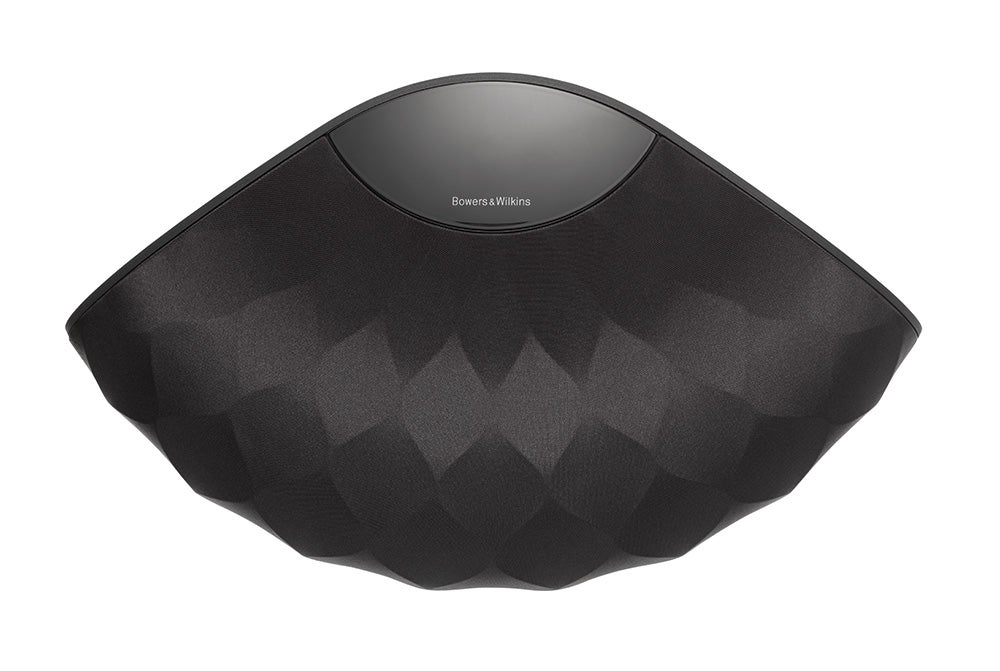 Available in black or silver finishes, it’s bigger and deeper than the American football-shaped Zeppelin Wireless, although not as wide. You’d hope that would make it easier to position, but the number of prime spaces for a speaker of this size, shape – or, shall we say, bulge – aren’t plentiful. For the best performance, you’ll want to position it where it has room to breathe.

At 6.5kg, it isn’t a speaker you’ll want to carry from room to room. Should the thought of wall-mounting it enter your mind, a bracket is provided in the box.

It’s a big speaker, but for a reason. Inside are two double-dome tweeter units, two FST mid-range drivers and a subwoofer unit, with the mid and tweeter drivers fully decoupled to isolate them from any vibrations. The potentially divisive look – its 120-degree elliptical shape – is so it can blast out a true stereo presentation and disperse sound around the room.

There are touch controls on top for powering the unit on and off, pausing and playing and skipping forwards and backwards. You can also perform these functions from within the control app.

It’s nothing if not a unique-looking speaker, but you wouldn’t expect anything less than a visual statement from B&W.

Like other premium wireless speakers, the Wedge is up-to-date with most of the wireless protocols and streaming services.

Like the Zeppelin, the Formation Wedge comes with AirPlay, Bluetooth and Spotify Connect. However, it betters its predecessor with support for aptX HD Bluetooth and AirPlay 2; it can also connect to other products through Bluetooth v4.1

There’s also B&W’s Formation system, which operates in a similar way to Sonos by creating its own mesh network for a stronger, more dependable connection. It also allows the Formation Wedge to ‘talk’ to other speakers in the Formation range, with multi-room possible or a simple hand-off from one speaker to another as you move from room to room. Of course you’ll need deep pockets to afford more than one product in the Formation range.

If you’re a user of the Roon music management app, the Formation Wedge is Roon Ready. Bowers has an updated control app for its Formation range, but in its current guise it’s quite bare. Bowers has said there will be updates to come, including Tidal integration, but for now they haven’t materialised. 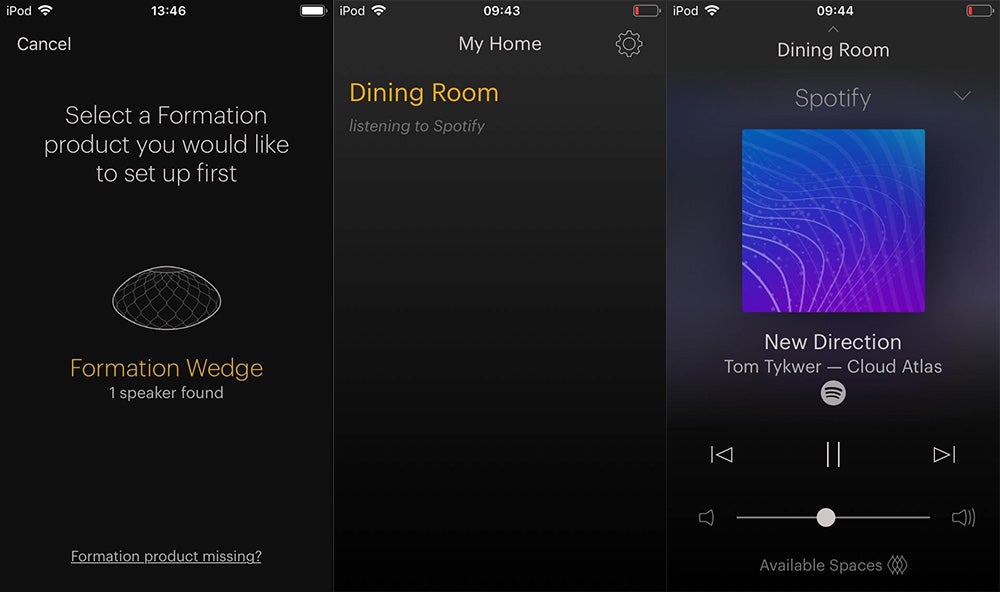 Features present include Dynamic EQ for tweaking audio settings, assigning zones for multi-room and control of playback via AirPlay, Bluetooth and Spotify Connect. Setup is painless, with the speaker ready to go in a couple of minutes. The app itself is visually slick – there’s a slight delay in terms of responsiveness every now and then – but, to reiterate, there isn’t much there yet. 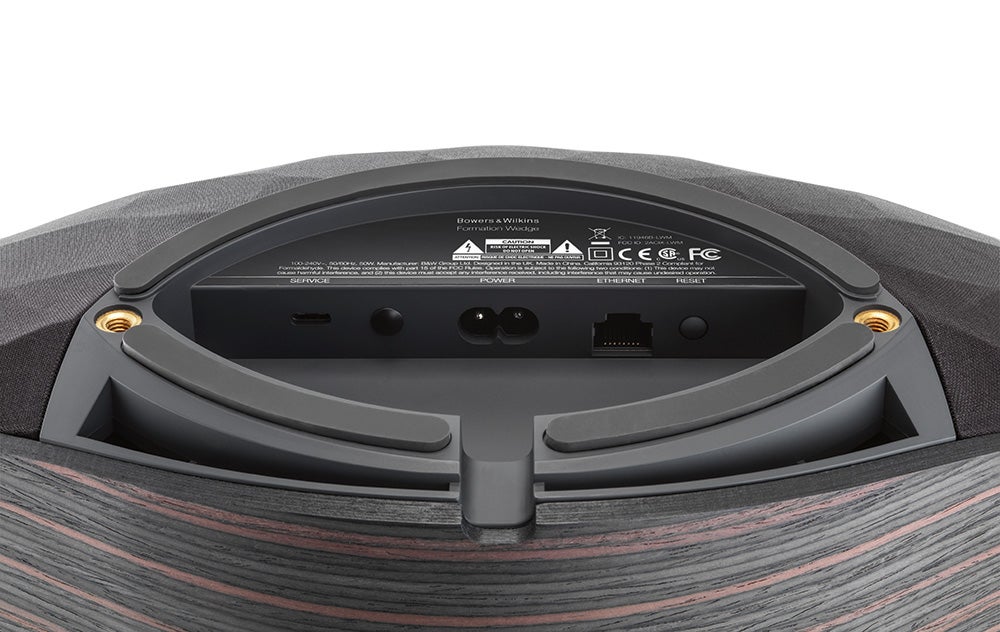 Around the back is an Ethernet connection and a USB service port, plus screw holes for attaching to a wall. There’s no room for the 3.5mm connection with which the Zeppelin shipped, further emphasising the wireless nature of Formation range.

In terms of audio quality, 24-bit/96kHz is the highest it will go, and along with aptX HD, the Wedge supports SBC and AAC codecs. Unlike some other wireless speakers out there, there’s no room for Chromecast.

Let’s get it out of the way: the Formation Wedge is a great-sounding speaker.

That may not come as a surprise to some, considering B&W has been turning out great-sounding speakers for years. What’s especially impressive about the Wedge is how confident a performer it is.

Starting with a Tidal stream of Amon Tobin’s latest album, Fear in a Handful of Dust, and the recording of On a Hilltop Sat the Moon comes across spacious and airy. The Wedge shows oodles of confidence when it comes to bass response, displaying plenty of control. 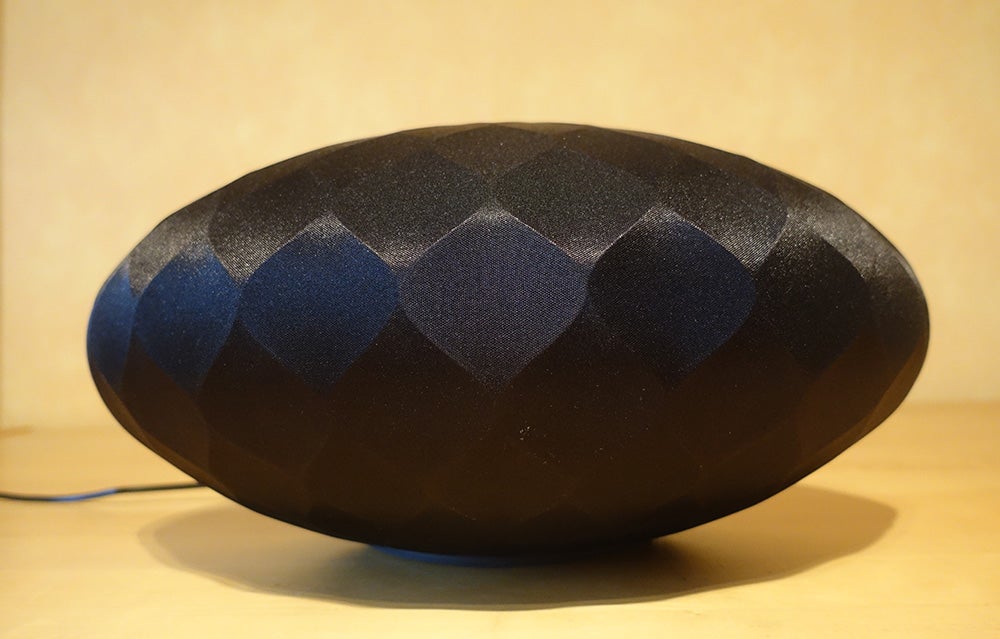 There’s also a delicateness to how it goes about its business, offering impressive insight and clarity, even at loud volumes. It can easily go big and loud; the Wedge isn’t afraid to flout the power it has.

On to Eden from Nicholas Britell’s fantastic If Beale Street Could Talk soundtrack. Again, there’s a weighty low end, but the dynamics of the track flow effortlessly. The size of the sound fills the room, giving the sense that the instruments in the orchestra get room to breathe, so you can hear every piece and how they interact with each other. It captures the mournful, sweeping notes of the album with beautiful clarity. 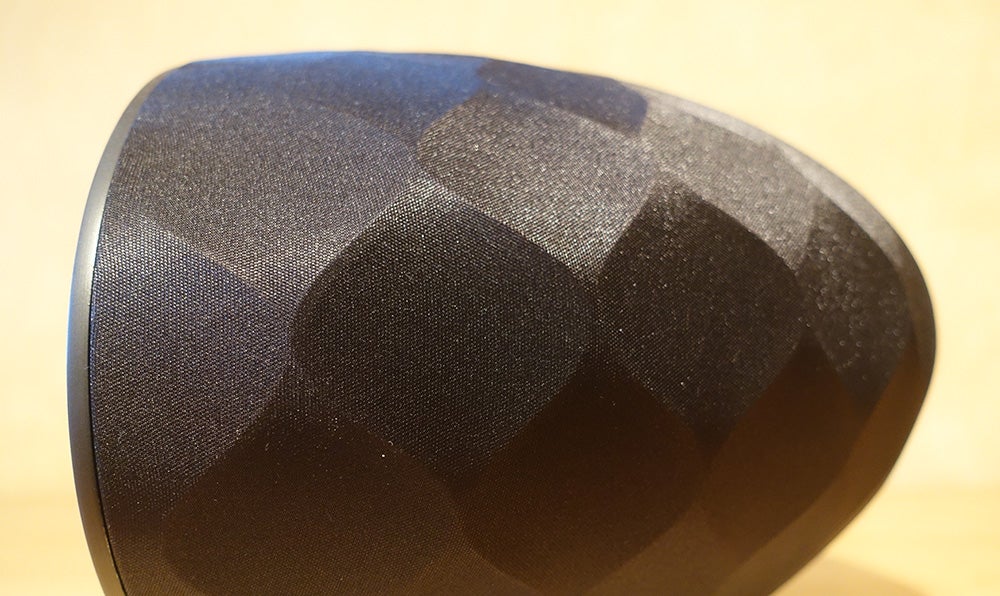 We try something else, something on the vocal side in Audioslave’s Cochise. Yet again, the Wedge is nothing less than expressive and clear in its manner. The mid-range is given the space it needs to perform, but the power and flow of that track isn’t left behind, with the Wedge offering a balanced performance that leaves no one part of track feeling as if it’s lacking. 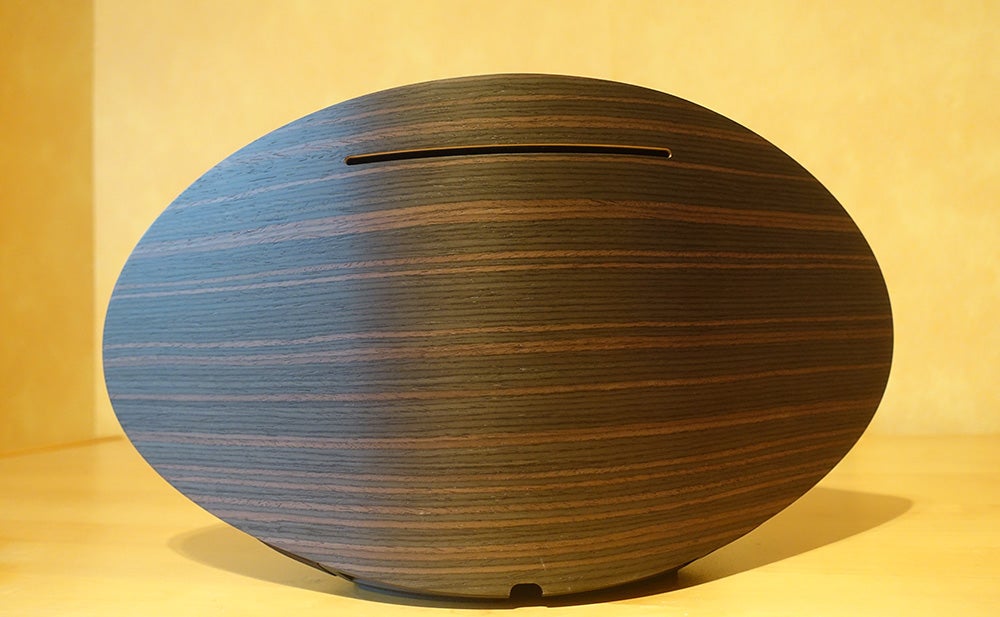 It’s a revealing speaker, too. It won’t hide or cover aspects of recordings that aren’t as pin-sharp or as clear. The recording of Derek and the Dominos’ Layla (again, through Tidal) can sound rough in places, but it’s still an enjoyable listen when put through the Wedge.

We could extol the virtues of the Formation Wedge for ages. In the end, it proves to be a satisfying and musical sounding performer that you could listen to for hours.

Should I buy the B&W Formation Wedge?

Prepared to spend nearly £1000 on a wireless speaker? For many, it may not be a possibility. But for those for whom price is less of a consideration, the Formation Wedge has to be in contention.

Naim recently updated its Mu-so range with the Qb-2 – the closest competitor to the Wedge. Its design is just as novel; the control wheel is a brilliant touch and the sound it delivers is both powerful and nuanced. And at £749, it’s around £150 cheaper than the Formation Wedge.

The Ruark R5 is also a consideration. More of a wireless music system (although the Formation Wedge also thinks of itself as a music system too), but for a £100 more you get CD playback and a phono drive all wrapped in a handsome cabinet. It doesn’t sound as good, but it offers plenty more functionality.