What is the Bowers & Wilkins Zeppelin Wireless?

Bowers & Wilkins has already wowed the audio world with its iconic Zeppelin, Zeppelin Mini and Zeppelin Air speakers, but the Zeppelin Wireless is taking things to the next level. Every element of this new version has been redesigned from the ground up, with new drivers, an upgraded cabinet and more powerful digital signal processing.

It streams music via AirPlay, Spotify Connect and Bluetooth apt-X, and with a dedicated control app for iOS, PC and Mac, it’s easier to use too.

Deviating from the Zeppelin’s distinctive airship silhouette would be like McDonald’s ditching the golden arches – unthinkable. Zeppelin is a design classic and looks better than ever in its more streamlined enclosure, benefiting visually from the removal of the iPod dock from previous models.

The result is a sleek, minimal speaker, with soft black cloth covering those sumptuous curves and contours. It certainly isn’t compact in size, but it’s far from intrusive. That distinctive design has acoustic benefits too – it’s the ideal shape for the drivers within to work their magic.

Build quality is of the highest order. The new, reinforced cabinet is remarkably solid and hefty, with a front fascia some 50% thicker than the previous Zeppelin. Its specially designed glass fibre ribs strengthen the structure in key areas. 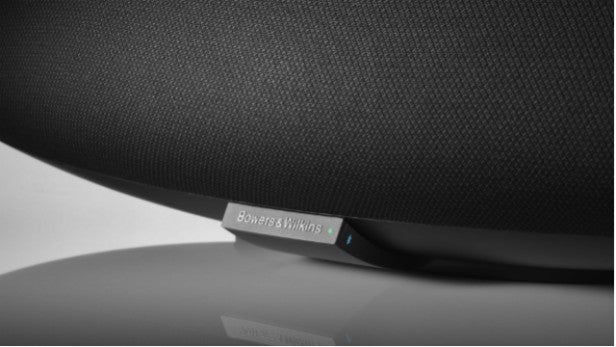 The small block at the bottom bearing the Bowers & Wilkins logo is actually a discreet control panel. Tap the right-hand side to select Bluetooth, or tap the left to select the aux input. On top of the unit sit three buttons – volume up, volume down and play/pause. 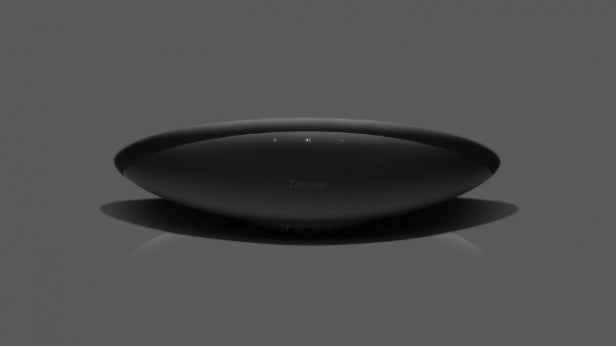 The back-end sports a smooth matte finish, at the base of which are Ethernet and 3.5mm analogue input ports, plus a power button and a USB port for software updates. 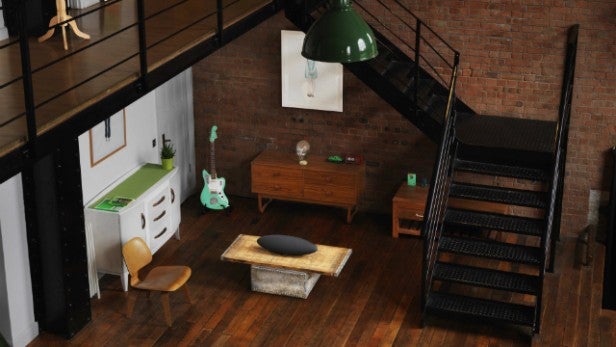 All five of these drivers are individually powered by a bespoke Class D amplifier, with 50W going to the sub and the other drivers receiving 25W each. The digital signal processing is said to be twice as powerful as its predecessor, resulting in what Bowers & Wilkins describes as “a more detailed and refined sound”.

Zeppelin Wireless supports Apple AirPlay, Spotify Connect and Bluetooth v4.1 but you can’t stream from PCs, NAS drives or other DLNA/UPnP devices. There’s no multiroom either, which could be seen as a missed opportunity.

Setup is a cinch. To connect Zeppelin Wireless to your Wi-Fi router, you have to download the Bowers & Wilkins Control App onto your iOS device, PC or Mac. There’s no Android version yet, which is a bit of a kicker – Android users need to set it up using their computer. 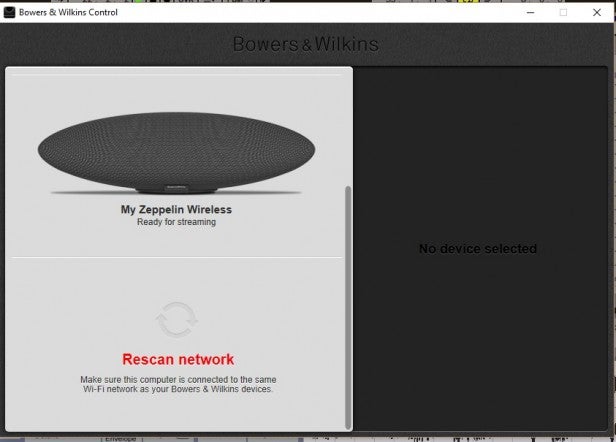 I fall into that camp, but thankfully, the PC-based setup didn’t pose any problems on my Windows 10 laptop. There’s a link on the Bowers & Wilkins website to download the software, and once installed the nicely designed onscreen console makes it easy to enter your Wi-Fi password, install firmware updates, register your device and check paired Bluetooth devices.

Once connected to your router, you can stream via AirPlay and Spotify Connect straight away – in iTunes and Spotify, look for “My Zeppelin Wireless” in the list of available speakers. Bluetooth setup is also routine, but the pizzicato string stabs that confirm a successful connection to your device are worth a mention – a classy touch from a classy speaker.

The Zeppelin Wireless lives up to its illustrious predecessors with a superb performance that goes beyond what you might expect from an all-in-one system. There’s a sense of refinement and glamour to its sound that’s as likely to impress hardcore hi-fi fans as it is casual listeners.

From the revealing mid-range to the twinkling treble and pneumatic bass from that larger subwoofer, this is wireless audio at its finest; real audiophile stuff. 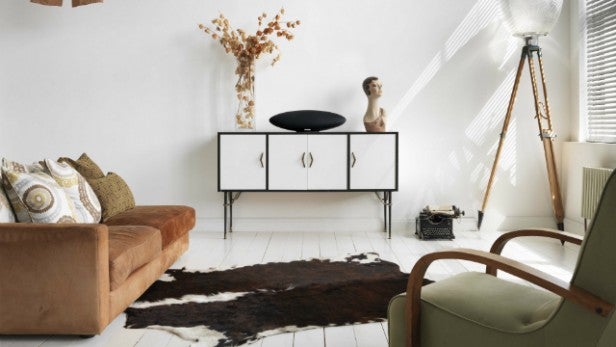 Subtlety and finesse are its main assets. Play Gretchen Parlato’s stripped-back jazz version of “Holding Back The Years” and the singer’s sultry voice has detail and texture, lending intimacy to the performance. You can easily pick out the gently ticking hi-hat low in the mix, while the piano playing has warmth and fluidity. Zeppelin adeptly conveys the varying velocity of the drum hits while giving reverb room to breathe in its spacious soundstage.

Also impressive is the quality of Zeppelin’s bass. It’s full-bodied and firmly controlled, making the electronic drums and fat electro bassline of “Bounty Hunters” by Röyksopp sound big and powerful when streamed via Spotify. But there’s real agility too – every note starts and stops accurately, resulting in a rhythmic, flab-free sound. 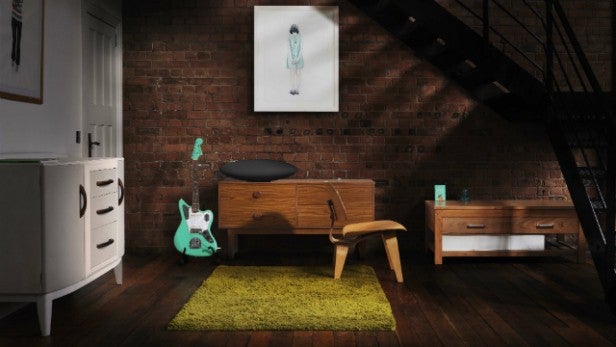 The generous span of the cabinet and clever driver positioning creates a wide soundstage that extends beyond the physical confines of the speaker. It fills the room, but not with an amorphous wave – sounds are precisely placed and cleanly separated within the stereo image.

Crank up the volume and Zeppelin Wireless remains composed, losing none of its sumptuous detail or precise organisation. It plays rowdy dance tracks with boundless energy and attack, but there’s nothing hurried or strained about its presentation. All in all the Zeppelin Wireless is a stunning performer, no matter the source or song. 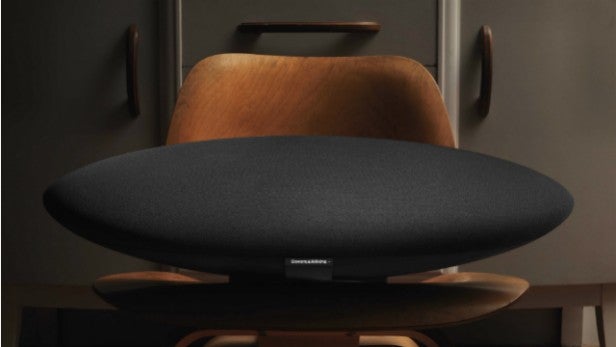 Should I buy the Bowers & Wilkins Zeppelin Wireless?

That’s a no-brainer. The Zeppelin Wireless’ oh-so-cool design and polished, potent sound quality make it worth every penny of the price. Some may quibble over the lack of DLNA and multiroom, and an Android app would be nice, but as a straightforward Spotify, AirPlay and Bluetooth streamer this is pretty much as good as it gets.

With an improved design and mind-blowing musical performance, Wireless is the best Zeppelin yet – but those expecting multiroom or DLNA needn’t apply.