As if you couldn’t already tell from the ‘max’ part of the name, Belkin’s Play Max Router sits at the top of its current range. It purports to offer just about every conceivable function you could want from a router, in an attractive, affordable box. And if the simple naming scheme Belkin has adopted is anything to go by, the company might just be on to something. 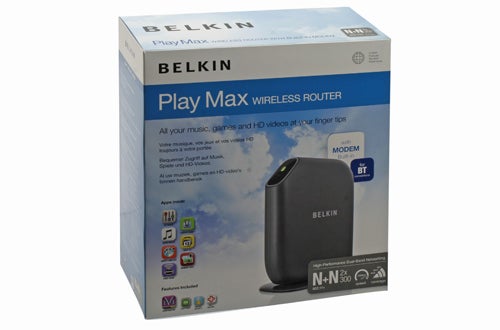 There’s little in the box to pose any confusion. The router comes with a power adaptor, an RJ11 (phone line) cable and a quick-start CD. There’s no Ethernet cable supplied, so if you’re not connecting over Wi-Fi you’ll need one handy.


The Play Max router isn’t much to look at, being as it is no more than a subdued grey plastic box on a stand. At the front there’s a status LED and a ‘WDS’ button, around the back are four Gigabit Ethernet ports, an RJ11 port and two USB ports – the latters’ presence hinting at functionality above mere routing of network traffic. 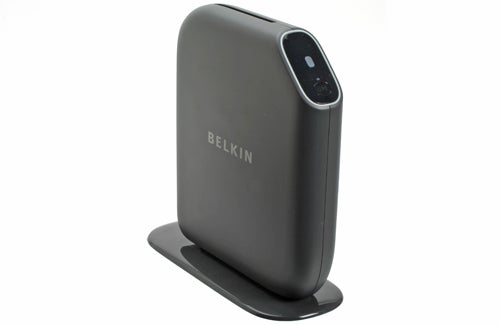 The emphasis certainly appears to be on ease of use when you take the Play Max router out of its box – helpful cue-card like guides are veritably littered about the place, informing you to connect the power and phone line cables to the appropriate wall outlets. While it is possible at this stage to simply direct a web browser towards the Play Max’s configuration menu, to get the full use of its numerous features you’ll want to refer to the bundled CD.


As well as guiding you through the process of initially connecting to the router, this also lets you install a number of programs on your system which will be of use later. These include the torrent client, Vuze, and a media player; on which more of both, later. Usefully, these programs are all grouped together in a simple management utility which sits on the taskbar giving quick access to both router and application settings. 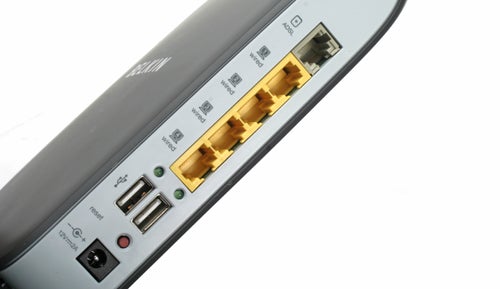 These applications, combined with the knowledge that the Play Max router is outfitted with two USB ports, should be enough of a clue to tell that the device lets you attach external storage, which can then be accessed over your network. While those averse to web interfaces might find something to praise about this system, everyone else will be incredibly frustrated. And even then not all the time as half of the shortcuts on the taskbar menu just launch the appropriate page of the routers we interface. Worse still, a number of functions, including access to any attached USB storage, won’t work without the management utility running. Why? We’ve no idea, but it’s a huge annoyance.

Where the Play Max triumphs over models lower down the range is its provision of a built-in torrent client that will keep on downloading to any attached storage device while your PC is turned off. But, annoyingly, you do have to start these from your compute. We found ourselves longing for a web interface more often than we considered starting any downloads. 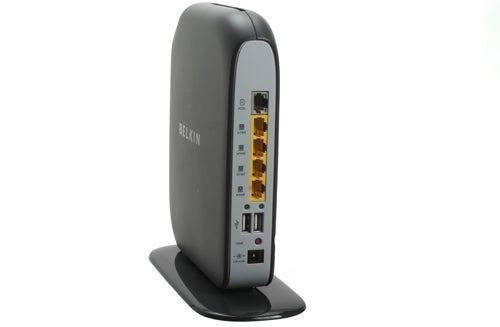 USB transfer speeds, however, were pretty poor, reading and writing at close to 2MB/s. Luckily for Belkin, its decision to require its monitor utility to be running in order to be able to access an attached USB drive means you’ll likely never bother anyway.


At least setting up a DSL connection is simple enough. You’ll have to get the appropriate details from your ISP – unlike other routers which auto-configure this stuff – but as long as you don’t bother wondering what a VCI number is, or why it has to be 101 and not 38, it’s hard to go wrong. 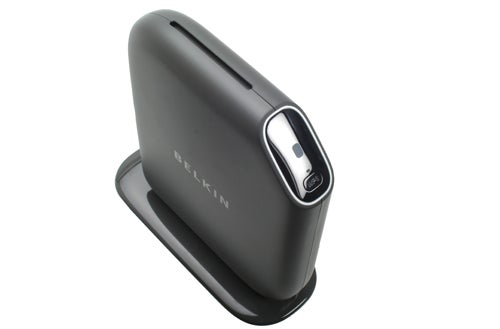 In the plus column goes the dual-band nature of the Play Max router. The device’s 2.4GHz and 5GHz channels can be labelled and passworded separately. The number of devices that can connect to a 5GHz network may be limited compared to the more common 2.4GHz standard, but if you’re a “have” rather than a “have not” you’ll appreciate the improvements in range and transfer speed that result from the more penetrative higher frequencies. 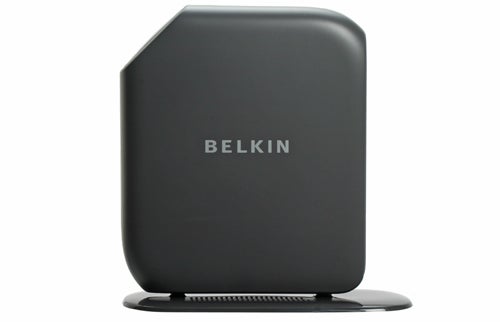 Transfer speeds up close hit an impressive 54Mb/s, dropping to a still-impressive 46Mb/s out in our garden, some 30 metres away. More subjectively, still able to use an iPad while sitting in our car, over 50 metres away, without any noticeable effect on the speed with which pages loaded in Safari.


That matches up with the Belkin N+, which at £50 or so is the better buy if you’re just after 802.11n Wi-Fi; which is probably the case for most everyone. Its only weakness is the lack of Gigabit Ethernet, but for the money it’s easy to forgive.


The Belkin Play Max doesn’t disappoint with its performance as a router. However, the bundled apps, which are required to access its additional features, are a massive annoyance, to the extent that most users are likely to abandon them altogether.