However, in testing we found the MeMO outperformed its older brother. It lasts just over 10 hours when playing video, which is great performance for a low-cost, small tablet like this.

This solid performance is likely to be down to the 28nm construction of the Mediatek CPU, which makes it more efficient than the Tegra 3 of the Nexus 7. It also seemed to pay off in the heat the tablet gives off – the MeMO Pad HD 7 barely gets warm even after prolonged use.

There are two cameras on the Asus MeMO Pad HD 7, a 5-megapixel rear sensor and a 1.2-megapixel video chat camera. 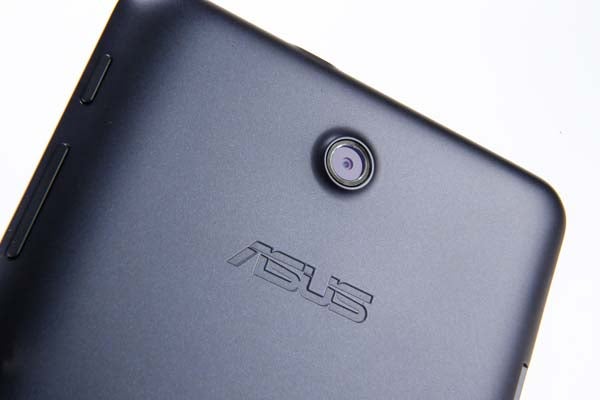 These are weaker parts of the tablet, but we have seen worse. There’s no flash to aid the main sensor, and images are noisy in most lighting conditions, but there is at least autofocus. Some bottom-rung Android tablets use a fixed-focus camera, which gives you no control over the subject of your shots. You get touchscreen focusing here. 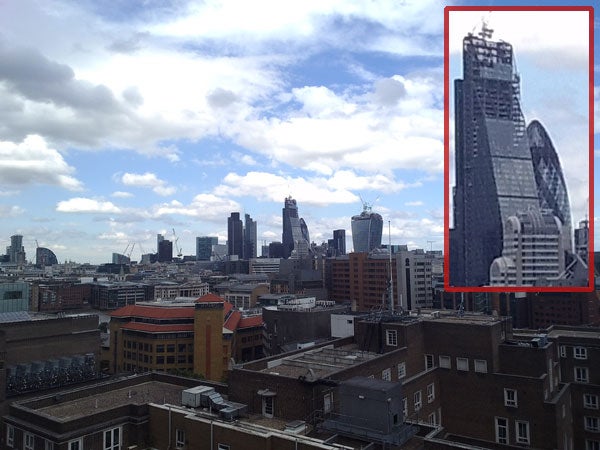 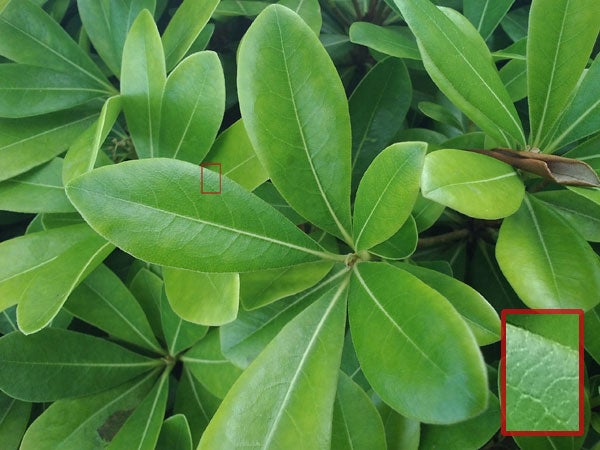 With a bit of patience, you can get some half-decent shots out of the MeMO Pad HD 7, however its white balance automation is seriously shaky and exposure can vary significantly between shots. Focusing isn’t the most reliable, either. Getting out-of-focus images and those with a weird colour cast is pretty common.

The camera app is a cut above most tablets in this budget sector, offering HDR and Panorama modes as well as some arty filters. Yes, the camera array is one of the weaker features of the Asus MeMO Pad HD 7, but if cuts are to be made we’re glad they’re made here – and if anything performance is good for a sub £130, ‘non-subsidised’ (unlike the Kindle Fire range) Android tablet. 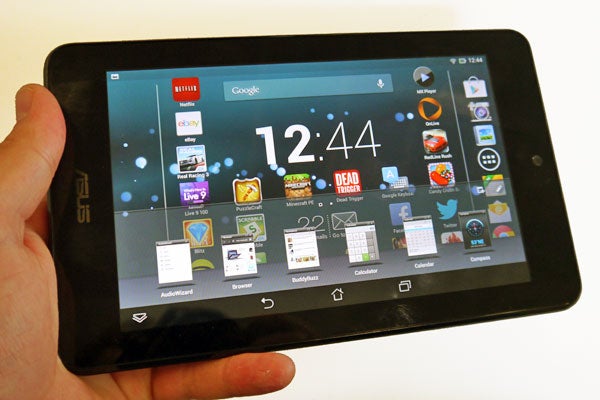 Should I buy the Asus MeMO Pad HD 7?

The Asus MeMO Pad HD 7 is unlikely to sell in the numbers the Nexus 7 managed, and is not as technologically impressive as the New Nexus 7. However, it is one of the few budget tablets we feel happy to recommend. It’s a lot more flexible than other budget Android tablets like the Kindle Fire HD and Nook HD, thanks to its lack of a restrictive custom user interface. Heck, it’s even more flexible than a New Nexus 7, as it has a memory card slot.

There are compromises, several of them – performance is not perfect, the design is pretty bland and you’ll get better speakers elsewhere – but as a package it’s a great deal. Its main problem is the original Nexus 7, which is likely to be available for even less money as stocks of the older tablet are cleared. That tablet’s screen is worse and it doesn’t have expandable memory, but its construction is a bit better and offers superior gaming performance.

For more options, head to our best Android tablets round-up.

The Asus MeMO Pad HD 7 is a top budget tablet. If you don’t like the restrictiveness of something like the Kindle Fire HD, and don’t want to splash out on a £200 New Nexus 7, this is a top choice.