Which small tablet is better? The iPad mini or the new Nexus 7 2 model?

We’ve compared the designs, the screens, the internal components and what these tablets will actually be like to use to find out which is right for you.

The iPad mini and new Nexus 7 are both super-portable tablets, designed to be small and light enough to use comfortably one-handed. Apple is the aesthetic winner, with a thinner, prettier body that has a metal rear rather than a plastic one.

It also has a slimmer bezel, and its stubbier aspect gives the iPad mini a cuter appearance. The 2013 Nexus 7 has more bezel space above and below the screen the iPad and has a less distinctive design.

A 4:3 aspect style gives the iPad mini a great impression of screen size compared to the size of the device itself. However, the Nexus 7 is less wide, around 2cm less than the Apple tablet. This makes it much easier to hold side-to-side in one hand. 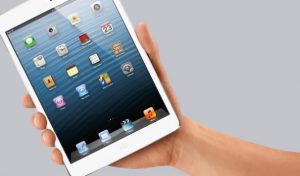 Pixel density is just 163ppi in the iPad mini, leaving each pixel clearly discernible to the sharper-eyed. In the Nexus 7, density is 323ppi, which is seriously impressive for a tablet. 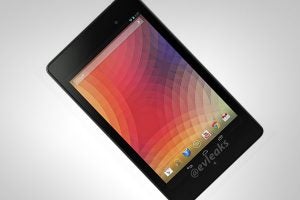 Pixel density tends to be lower in tablets – as you tend to hold the screen further from your face than with a phone – but that’s a pretty good figure even for a phone.

Both displays use IPS panels, bringing excellent viewing angles. As with the first Nexus 7, though, colours are ever-so-slightly muted in the iPad mini

We expect to see Apple catch up with the iPad mini 2, but for now the Nexus 7 is well ahead of the iPad mini.

That said, we imagine many of you will prefer the look of the larger, 4:3 aspect screen of the iPad mini. Its screen comes across as much larger than the widescreen 7-inch display of the Nexus 7 – without trading-in portability either.

Budgeting priorities were considered in the making of the New Nexus 7. That’s one of the reasons why the Nexus 7 uses a Snapdragon S4 Pro rather than a Tegra 4 chip or faster-clocked Snapdragon 600 processor found inside the Galaxy S4. 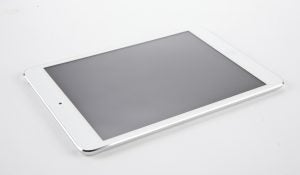 The Nexus 7 also has significantly more RAM – four times as much as the iPad mini with 2GB instead of a measly 512MB. In devices like these, power is only as good as developers’ abilities to make use of it, and in fairness the iPad mini does have access to a load more impressive-looking apps. However, they won’t always have the same level of graphical flair as you’d see on an iPad 4.

It’s that old debate – Android or iOS? The second-gen Nexus 7 is here to show of Android 4.3 Jelly Bean, the latest version of the Android OS. It doesn’t bring any dramatic new features, beyond OpenGL 3.0 support, which should result in some more impressive-looking games.

The Nexus 7 – of course – doesn’t have a custom Android skin, running the vanilla edition of the software. Its key feature is customisation – you can make the tablet look and feel how you want it to.

The iPad mini runs iOS 6.1 at present, but it will get the bump up to iOS 7 when it is released later this year. iOS is much more rigid than Android – only giving you control over the background of the system, in terms of fiddling with how the system looks and feels. 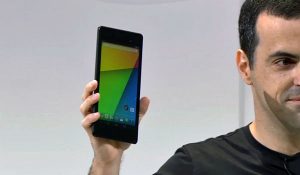 If the Nexus 7 wins out on software fiddle-ability, the iPad mini wins back some – if not all – of its points on apps and games. One of the on-going problems of Android is that it doesn’t offer all that many apps optimised for tablets.

The app selection is still much better on iOS, even if the sheer numbers make it sound like they are virtually level-pegging. In fact, there are more in Google Play – Google just announced that there are a million apps in the Google Play app store.

The iPad mini has more high quality games, and more ‘involved’ and intricate apps such as painting apps, music-making tools and so on.

Taking photos with a tablet does not make you look cool – but people still do it. Both the iPad mini and Nexus 7 have two cameras, one on the front and one on the back. 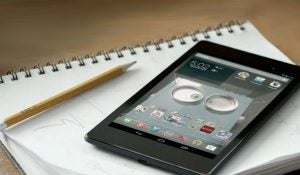 The ‘main’ rear cameras are both pretty basic, lacking a flash and a high-end sensor/lens. Although both have autofocusing, they’re certainly not intended to replace a dedicated camera, or even a phone one really.

The Nexus 7 2’s front camera is a little askew, positioned to the right side of the screen rather than dead-centre. This is a little unfortunate, as the key use for a front camera like this is video chat, where you’ll be looking dead-on at the screen.

The iPad mini’s front camera is in the centre of the screen bezel, which seems more sensible to us. Both cameras will do the trick for selfies and video chat, though.

Neither of these tablets has a memory card slot. You’ll need to choose the model carefully, as you’ll have to make do with the internal storage your tablet has. 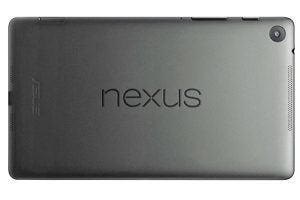 The iPad mini offers a slightly larger array of options. There are 16GB, 32GB and 64GB models, starting at £269.

As a more budget-focused tablet, the new Nexus 7 cuts out the top 64GB option – there are 16GB and 32GB flavours. And the tablet starts at £199.

4G is one of 2013’s tech buzzwords, and there are 4G versions of both the iPad mini and Nexus 7. The 32GB Nexus 7 comes in Wi-Fi only and 3G/4G variants, while all three storage variants of the iPad mini come in both 3G/4G and Wi-Fi only flavours.

The New Nexus 7 has a few more connectivity features than the iPad mini, though. It has GPS and NFC, both of which are missing from most iPad minis. The 3G edition of the iPad mini does have A-GPS, though, so can be used as an on-the-go- mapping tool.

NFC is unlikely to feature in any iPads until the iPhone adopts the technology – it’s rumoured to be one of the new features in the iPhone 5S.

Like all Apple mobile devices, the iPad mini uses a proprietary connector. It’s the same Lightning port found on the iPhone 5, and the current full-size iPad.

Tech-wise, the new Nexus 7 shows the iPad mini up pretty seriously. It has a much sharper screen and much more powerful internal components. And as it’s cheaper too, it’s hard not to conclude that the Nexus 7 is a much better buy.

However, there are still huge benefits to an iPad mini, mostly based around the inescapable truth that there just aren’t as many top-quality apps and games on Android as there are on iOS.