What is the Asus Memo Pad 7?

The Asus Memo Pad 7 is an affordable and cheery Android tablet. At £129, it’s still a fair bit cheaper than the Google Nexus 7, our normal go-to Android tab.

However, it feels like the Asus budget tablet line has stalled in its progress since last year’s Asus Memo Pad HD 7. For all its tweaks, the screen now looks like it belongs in the past.

SEE ALSO: Our pick of the Best Tablets 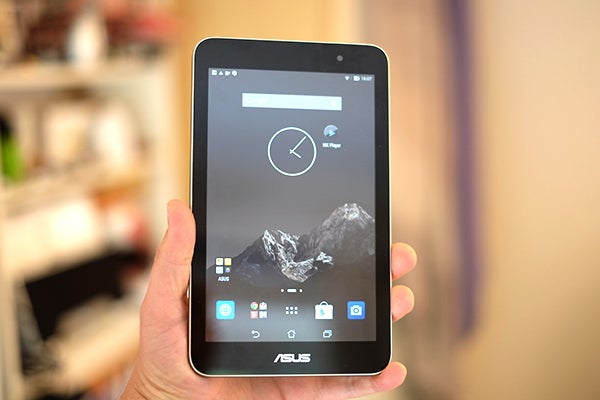 The Asus Memo Pad 7 looks a whole lot like last year’s Asus Memo Pad HD 7. This new model sounds like a downgrade, but the two tablets are extremely similar in several ways – including price. Both sell for around £129.

Asus has managed to trim down the screen surround a bit, but the look of the Asus Memo Pad 7 isn’t going to make any jaws drop with its design. It’s not meant to, though. 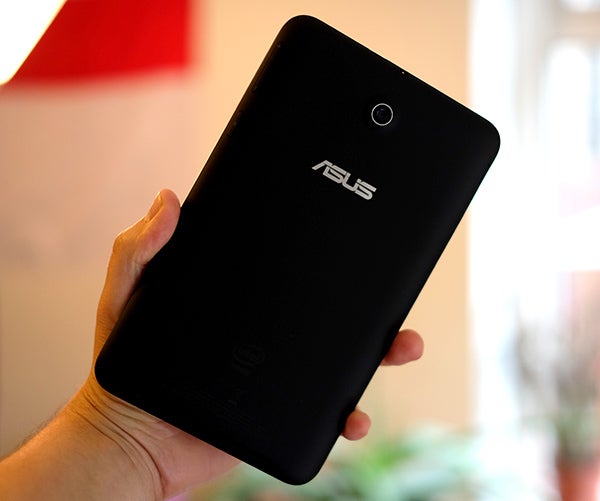 This is a simple, plastic tablet with a nice and curvy soft touch rear. The soft-touch feel is a good deal nicer on the fingers than the glossy plastic used in many other budget tablets we’ve tried in recent years.

At 295g, the Asus Memo Pad 7 weighs about the same as the 2013 version of the Nexus 7. It’s easily light enough for an adult to hold in one hand when, for example watching a video while standing up on the train.

That light weight should also come in handy if you want to find a tablet for a child – not to mention the forgiving plastic design and low price. 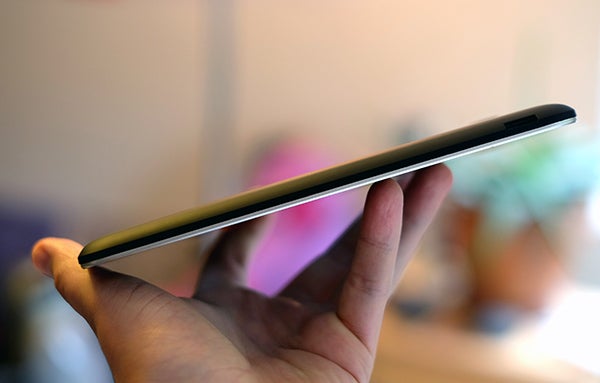 Build quality is good too. There’s no worrying creaks and while the top layer of the screen does not appear to be Gorilla Glass 3, it is glass and it is toughened. You need to put a fair bit of pressure on the screen for it to distort, and it only occurs at the point you’re pressing. With lower-quality tablets, pressing on one part of the screen can distort another – a sure sign that the thing has been constructed with all the care of a whistling market stall trader.

The version of the Asus Memo Pad 7 we’re testing has 16GB of internal memory, and there’s an exposed microSD slot on the left edge to let you get some more space for films and music. Things like this graceless socket and the pretty tactless positioning of the charge and headphone sockets are signs that this tablet has no style pretensions. If you want a tablet to show off to people, this probably isn’t it. 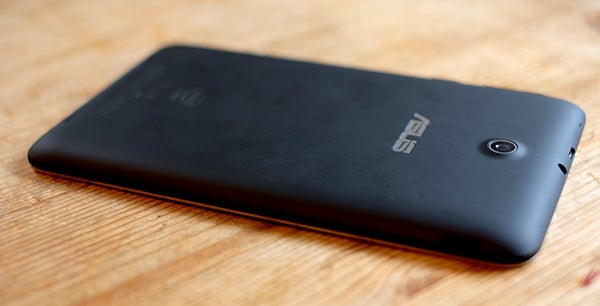 One place where the total lack of flashiness does bother us is the screen. It seems to use a very similar panel to last year’s Asus Memo Pad HD 7.

Seven inches across and 1,280 x 800 pixels in resolution, it’s not a display that is particularly up-to-date. The Nexus 7 is a the end of its shelf life, and it set a higher-resolution 1080p standard that we’ve come to expect from a 7-inch tablet. This tablet only has a few more pixels than the Motorola Moto G, a budget 4.5-inch screen phone.

SEE ALSO: Our pick of the Best Android Tablets 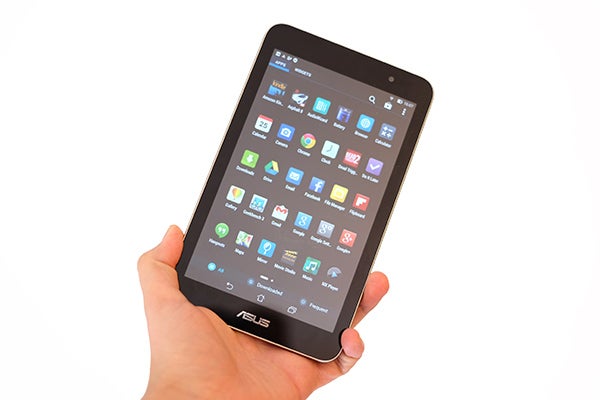 When you can get the 1080p Nexus 7 for just £20 more than the Asus Memo Pad 7 if you shop around, it’s disappointing that Asus hasn’t made the step up.

The lower resolution makes text and images look a good deal softer, and if you get your eyes at all close to the screen you can see the pixel structure.

One other aspect we would have liked to see Asus improve is the structure of the screen itself. You can visibly see the Asus Memo Pad 7’s display is a tiny bit recessed from the top layer, and this both decreases contrast and makes reflections more of an issue when you use the tablet outdoors. 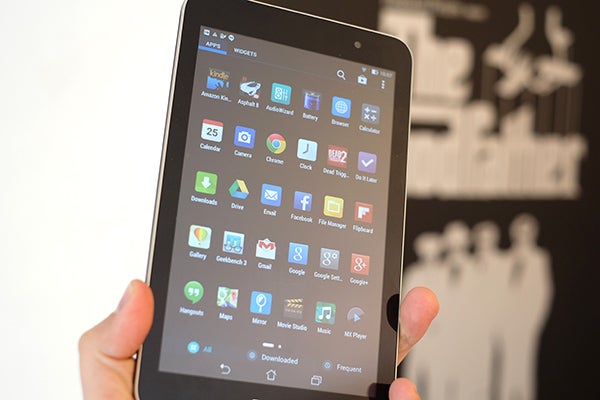 This picture shows off the reflectivity issue

Top brightness isn’t too hot, making outdoors use more of an issue, and as there’s no ambient light sensor so you have to manually alter the screen brightness to suit your surroundings. As this is a tablet rather than a phone, it’s not a huge deal, but may annoy some of you.

Things aren’t sounding too good for the Memo Pad 7’s screen, but it’s far from all bad. Colour reproduction is pretty good, and aside from some loss of brightness you get good viewing angles for an ultra-budget tablet. It uses an IPS-type screen, which specialises in providing those solid viewing angles.

Just a year ago, we praised a screen of this quality in a tablet of this price. But things have moved on. What was a good budget compromise is now a mite disappointing.

If you haven’t been spoilt by super high DPI displays yet, though, you may be very happy. You can even tailor the saturation and colour temperature of the Asus Memo Pad 7’s display to make it warmer or cooler to your preference.