Whether or not the Asus Memo Pad 7’s high-power CPU has flat-out performance benefits, it does seem to have a good effect on the tablet’s battery life. We got 10 hours and 10 minutes of video playback out of a charge – that’s when playing a 720p MP4 file with the backlight set to a middling level and Wi-Fi turned off.

This is a very good performance for a 7-inch tablet. With last year’s processors at the helm we’d expect to see around eight hours of playback – and those two extra hours do matter. 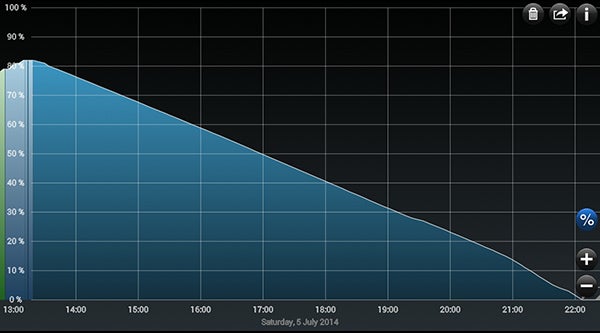 For those wanting some more cold, hard specs, the Asus Memo Pad 7 has a 3,950mAh battery that – as usual – you get no access to.

Asus also offers a bunch of power-saving measures. There are modes that optimise stamina with or without affecting how much access the tablet gets to Wi-Fi, and you can make these modes kick in and set different brightness settings for different tasks.


Having enough stamina for a bunch of films between charges is great, but the Asus Memo Pad 7 doesn’t have the great speaker performance of Amazon’s tablets.

You get a single speaker output on the rear of the tablet, firing backwards. You can max out its volume without worrying about crackly speaker distortion and it’s not painfully tinny, but sound quality isn’t great either.

There’s no bass weight and little warmth. It’s roughly what we expect from a properly-made but ultimately low-cost Android tablet. 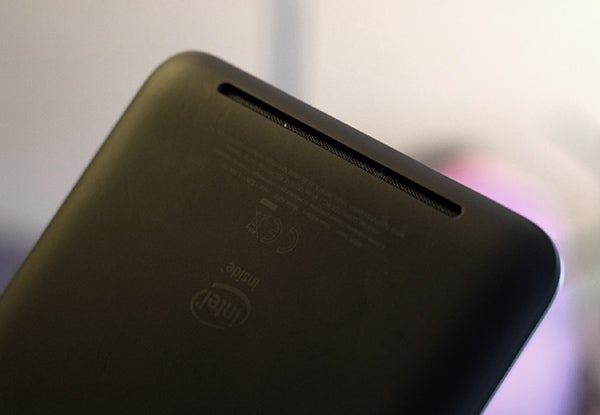 
Continuing this trend of getting just the kind of basic extras you’d expect at the price, the Asus Memo Pad 7’s camera is pretty poor.

There’s a 2-megapixel camera without flash on the back and a VGA-quality camera on the front. Both are pretty bad, and there’s a good deal of lag in the camera preview display in spite of the tablet’s fast processor. 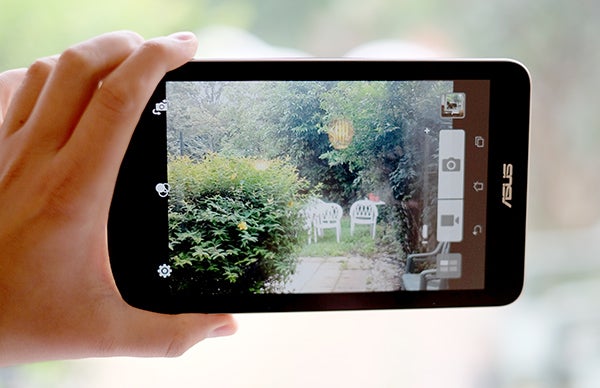 The main camera isn’t much fun to use. And as it has a fixed focus, you can’t take pictures of anything too close-up. 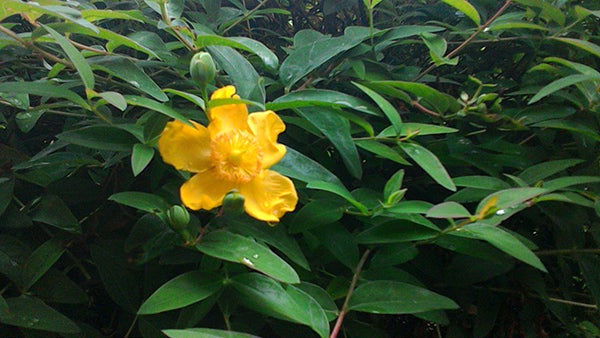 
Is there anything else missing? This is not a tablet with mobile internet, just Wi-Fi. There’s also no IR blaster and no NFC. And Wi-Fi misses out on the latest ac standard.


However, for the most part there’s everything you’d want.

You get GPS and Bluetooth 4.0, and the microSD card slot is a huge boon. 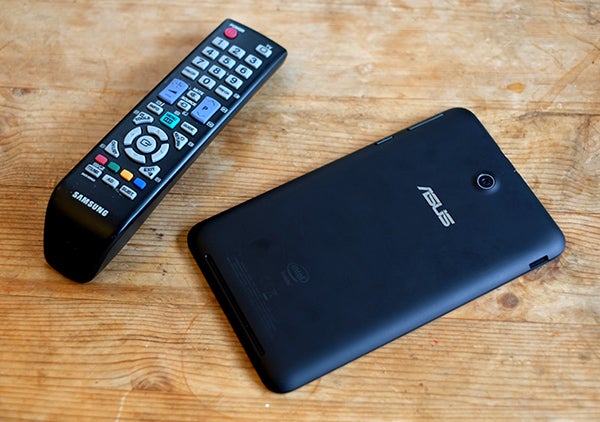 Should I buy the Asus Memo Pad 7?


Last year, Asus seriously impressed us with its Asus Memo Pad HD 7. However, it doesn’t really feel like Asus has moved on much since.

The new Asus Memo Pad 7 is clearly a product of the strong relationship between Intel and Asus, because its main improvement is in using the powerful 64-bit Intel Atom Z3745 processor. However, what the tablet really needed to stay ahead of the game was not more power, but more pixels.

A 1080p version of this tablet would have been a killer deal, even if it cost a bit more.

In its current form it’s still a good deal, and would make a good first tablet for the kids. But the rest of you would be better off spending that bit more on the Nexus 7.

The Asus Memo Pad 7 is a sturdy and reliable little tablet with good stamina, but at this point Asus needs to think about upgrading to a 1080p screen.

Next, read our best tablets round-up.