Great looks and restricted functionality mean so far so very Apple, but does the cliché extend to the company’s slogan: ‘it just works’? Well yes and no. 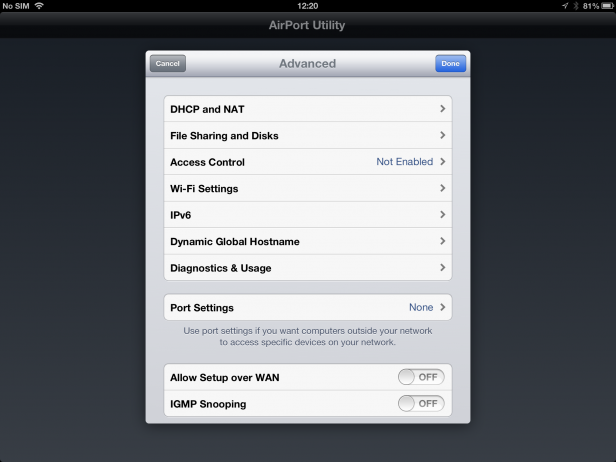 Approach the Extreme from Mac OS X and the setup is seamless. It detects not just any old router, but an Apple router and configures automatically and enables you to customise settings. The process is almost as straightforward with iOS, but once connected you will need to download the AirPort app for full configuration options, though that is painless enough.

When it comes to Windows, however, things become more complicated. There is no web browser control for the Extreme so users must download the ‘AirPort Utility for Windows‘ which hasn’t been updated for the new model and is 15 months old. It is an ugly, text heavy window full of tabs, menus and tick boxes and we found it wasn’t always reliable in detecting the new Extreme. 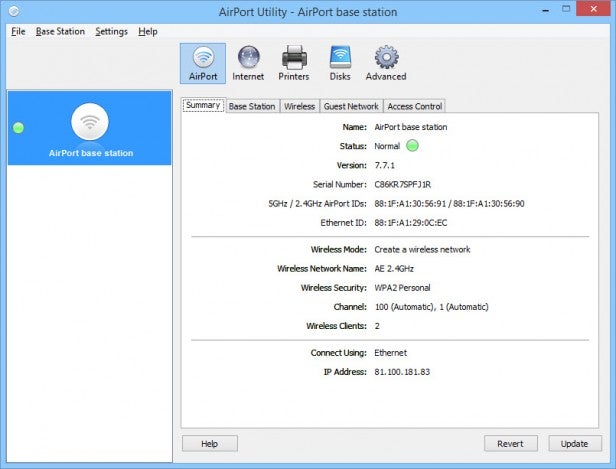 Hopefully things will improve if/when Apple brings Extreme management into iCloud to rival the Cloud platforms created by Asus, D-Link and Linksys, but right now it is a mess and we’d advise Windows users to steer clear even if they’re tempted by the Extreme’s design.

High on style, light on substance and disinterested in other platforms continues the Apple stereotype, but unfortunately our test results found the Extreme eschews the company’s most important one: a premium user experience. 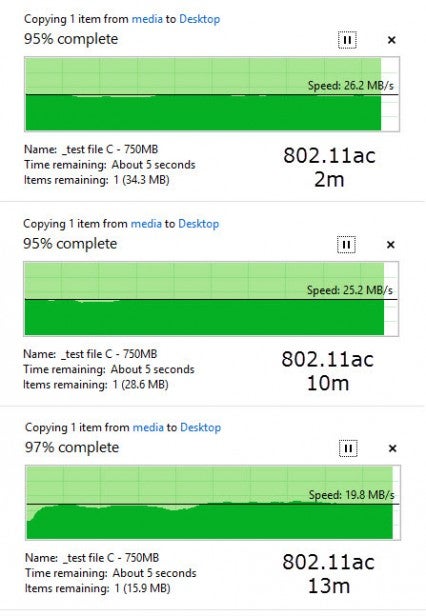 When you’re beaten at 2m by a router at 13m behind two standing walls, it simply isn’t good enough. 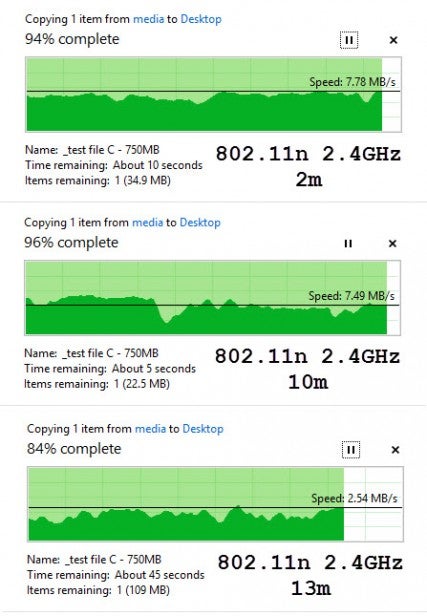 Lastly USB performance was little to write home about. The Extreme achieved 3.3MB/s (26.4Mb/s), which sits it squarely in the middle of the pack. This is enough to stream HD video, but as we have said many times before: until routers up their processor power all USB network connectivity will remain a damp squib.

Even for those highly tempted by the Extreme’s good looks the answer is no. Functionality and performance fall flat and they are ultimately compounded by a £169.99 price tag. This makes the Extreme one of the most expensive 802.11ac routers we have tested (the bizarrely priced £179.99 Belkin AC1800 DB aside) and while 802.11n 5GHz performance is a lone shining light, every modern wireless AC rival gives it a good kicking.

The most attractive, well crafted router on the market is sadly a letdown. The AirPort Extreme may have added 802.11ac to a great redesign but its performance falls flat and functionality is heavily compromised compared to other next gen alternatives. Apple detractors argue the company is about style over substance. That isn’t true, but sadly they are right in this case.