The Fire HD 6 has a 3400mAh battery, a fact not advertised by Amazon itself. This is a decent size, but a little disappointing given quite how thick and heavy the tablet is. For example, the 6-inch Huawei Ascend Mate 7 has a 4100mAh battery but is just 7.9mm thick and 185g – much thinner and lighter than the Fire HD 6 (granted, it costs more than four times the price).

iFixit’s teardown of the Fire HD 6 reveals that the battery itself weighs 60g, suggesting to us that maybe it’s a bit of a lo-fi unit. It seems a bit of a strange place to cut corners, though. 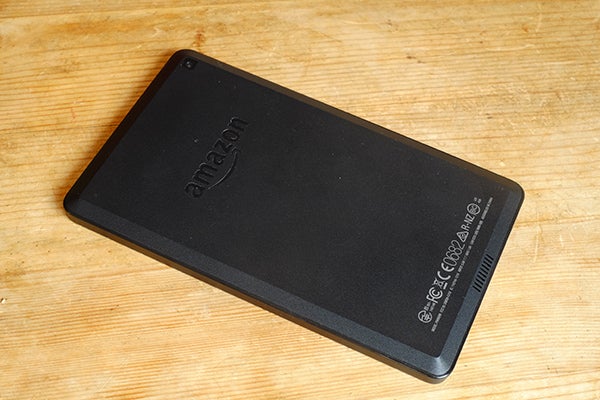 However, as you might expect from the system architecture, which uses two power cores and two efficiency cores, gaming drains the battery far quicker. You’ll get around 3.5 to 4 hours of 3D gaming, based on our experiences playing Real Racing 3.

Amazon says the tablet will last for around eight hours, which is clearly a fairly conservative estimate given our video test results. Battery life is perfectly good. It isn’t in many sub-£100 tablets.

Ever the populist, Amazon has added cameras to the front and back of the Fire HD 6. However, neither is any good.

The rear camera is a very basic 2-megapixel model while the front is a simple-as-it-gets VGA one. 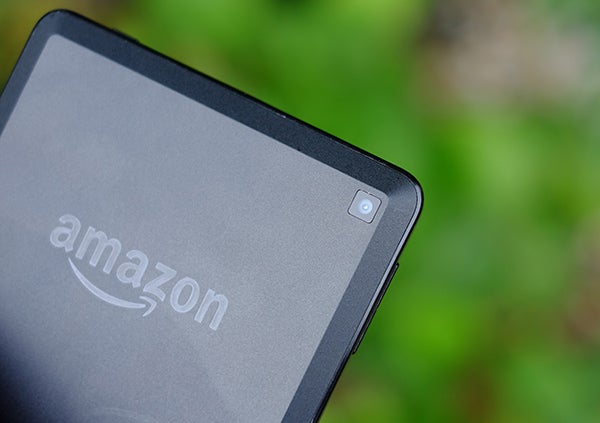 In a cheeky software move, the Fire HD 6 tries to convince you it has an autofocus lens – it uses a touch-to-focus style reticule. However, it’s really just a fixed focus camera and the tap-to-focus actually just alters the exposure settings. It’s sneaky. We’re glad it’s there, though, as it gives you good control over the shot’s metering as well as a sense that you have a bit of control.

Image quality is universally pretty terrible. Detail levels are poor, photos are very grainy and the Fire HD 6 can’t cope with strong light sources, or even too much reflected light, at all. Photos exhibit lots of purple fringing and masses of light bloom. If you have a phone released in the last few years, its camera will probably be better than this one.

There’s an HDR mode, but it’s interminably slow and the results aren’t much cop either.

The front camera is very low-res, but the software does at least make the most of it. It uses face recognition and is pretty good at making the image appear bright when dealing with indoors lighting. 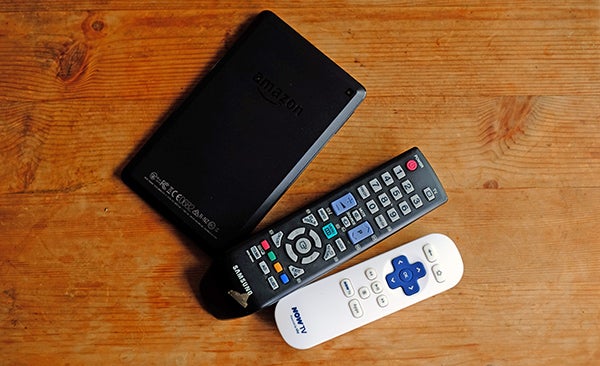 There are a few features missing from the Fire HD 6. The two most important, in our opinion, are mobile internet and GPS. This is a Wi-Fi-only tablet, and we don’t think Amazon is going to add a 3G/4G version to the books. It’s no surprise when this is clearly designed as a budget tablet for budget buyers, but something to note.

A little more disappointing for the enthusiast crowd is the lack of GPS. You can’y use the Fire HD 6 as a live mapping tool, which is a shame given it is semi-pocketable and could make a great holiday guide book. 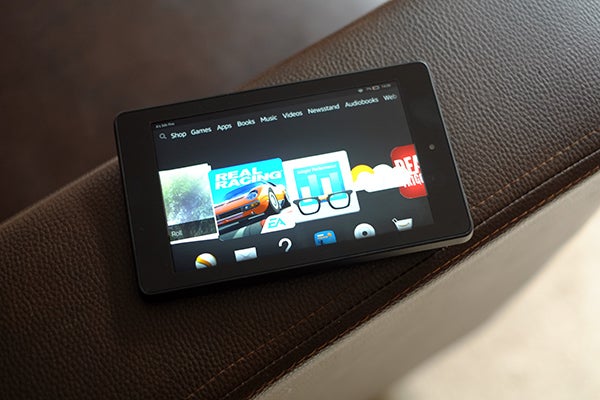 Should I buy the Amazon Fire HD 6?

The Amazon Fire HD 6 is a neat little tablet, and easily the best one we’ve reviewed at the price. Screen quality and battery life are sound: two elements that are often lacking in ultra-budget tablets.

As with any Fire OS tablet, you need to make sure you’re willing to live within its restrictions. We think the price makes the effort worthwhile, but if not, consider something like the Asus ME176CX, which is now on sale for under £100, or the much larger Tesco Hudl 2.

For now, though, the Fire HD 6 offers something quite unusual thanks for its 6-inch frame. And in reality, it’s rather good. If only the thing wasn’t so heavy and thick to make the most of the smaller footprint, we’d be in love.

The Amazon Fire HD 6 would be better if it was thinner and lighter, but in other respects if offers a good tablet experience for not much cash. It’s perfect for the budget buyer.