The Fire HD 6 has a very small screen for a tablet. Those who remember the days when Archos’s personal media players were popular may have a little flashback at this point.

It doesn’t feel dated, though, because the gradual falling costs of screen panels mean we can get a fairly high-quality screen for the price. You get roughly the same specs as an entry-level 7-inch tablet, which still cost as much as around £140.

The Kindle Fire HD 6 display uses an IPS screen and a resolution of 1,280 x 800 pixels. We’ve started to complain about tablets that use this resolution, now that Full HD tablets like the Tesco Hudl 2 are available for as little as £129, but the low price and small display largely erase any issues.

The display is fairly sharp, with 251ppi offering a good 30-plus more pixels per inch than you’d get in a 7-inch alternative like the Asus MeMO Pad 7 ME176CX. 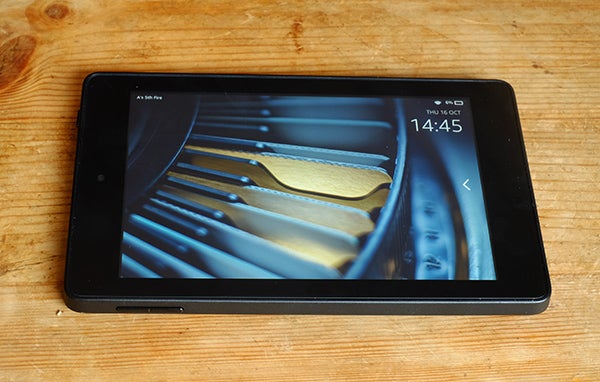 Colour is good, viewing angles are solid and the display is large enough to offer a much better experience for games and video than most phones. That last bit is crucial.

We can imagine the Fire HD 6 appealing to people with smaller, perhaps 4-odd-inch phones like the original 2013 Moto G. Add the price of a budget phone to the price of this tablet and you’re still looking at significantly less than a higher-end, large-screen phone like the Samsung Galaxy S5.

The Fire HD 6 is not perfect for reading in our opinion, though. Amazon’s Kindle Paperwhite ereaders continue to offer a much better reading experience than you can get from an LCD screen, and while we have spoken positively about the display’s resolution, you do notice it’s far from perfect when reading. The combo of small characters and the ultra-high contrast of black letters on a white page (or the other way around) is never forgiving.

Of course, even Amazon has moved this tablet away from reading a bit, by snipping the ‘Kindle’ from its name. 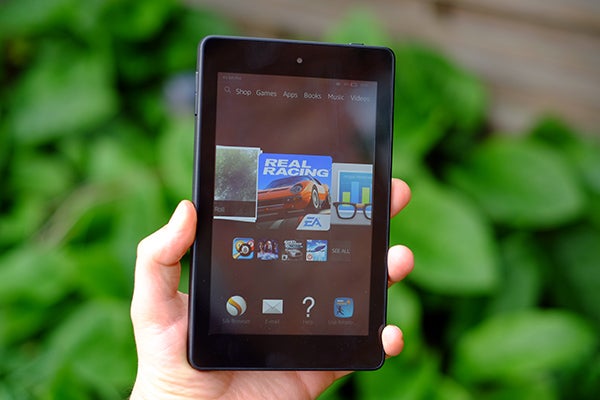 One other thing to note is that the Fire HD 6 has a rather different screen size from the 6-inch phones we’ve reviewed of late. Its aspect is less widescreen: 16:10 rather than 16:9. It comes across as being larger than the 6-inch screens of 16:9 phones like the Huawei Ascend Mate 7, trading away some portability instead. The Fire HD 6 is much less pocketable than most 6-inch phones.

Naturally, this means you’ll see small black bars in widescreen movies unless you crop into the image, but offers a more tablet-style feel. Full widescreen displays can seen a bit overly long in a tablet.

The final win for the Fire HD 6 is that the screen is topped with Gorilla Glass. A few ultra budget tablets use weaker glass, and using this well-regarded type should give the tablet some resilience. You certainly have to press pretty hard on the screen to cause any sort of display distortion.

Like just about every glass-topped display, the Fire HD 6 screen is quite reflective, and unfortunately it does not have an automatic brightness setting to ramp up the backlight when you take it outdoors. However, top brightness is pretty good should you want to use the tablet out and about.