What is the Amazon Fire HD 6?

The Fire HD 6 is the smallest tablet in Amazon’s tablet line-up. Until now the smallest was the Fire HD 7, and this model adds something new to the range.

As well as setting new standards for tablets at £80, the Amazon Fire HD 6 offers an interesting blueprint for future tablets. One for people who don’t have expensive, giant phones but want something portable that’s cheap and can handle games and video in style.

In common with other ‘first-generation’ Amazon tablets, there are some serious improvements to be made to the design in particular. But what’s on offer here is compelling at £79. 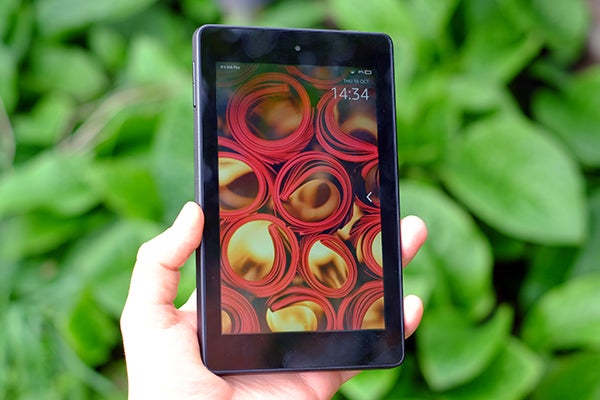 The Fire HD 6’s design shows us the whole point of this low-cost tablet, as well as its greatest issue. Thanks to a 6-inch display, you can fit this tablet in a back pocket pretty easily. It’ll even fit into a front pocket. You wouldn’t want to walk around with one in there all day, though.

It offers a very different feel from a 7-inch tablet too – the Fire HD 6 feels like it belongs in one hand so you can cope with using it like that. 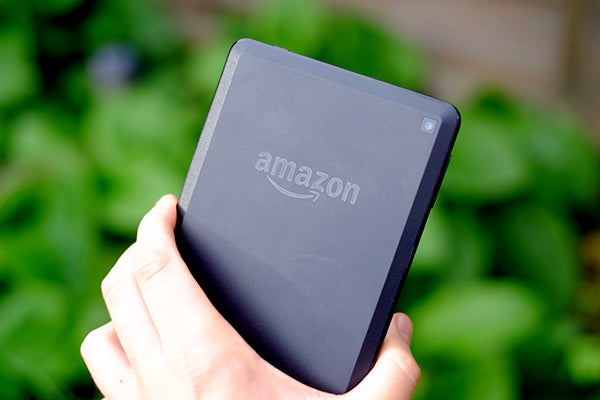 At £79, it makes a great accompaniment for someone with a lower-end phone, one that’s really a bit too small to do justice to HD videos and games a bit less casual than Candy Crush Saga.

There’s more than a scent of first-go design to the Fire HD 6, though. It’s very thick and quite heavy, wiping out some of the appeal of the small size. It weighs 290g and is 10.7mm thick.

That’s the same weight as the Google Nexus 7, and a good deal thicker. If the Fire HD 6 arrived weighing 200g and a millimetre or so thinner, we’d be the first to applaud – it’d be like a reinvention of the iPod touch, a rebirth of the personal media player – but currently the Fire HD 6 feels like a bit of a prototype. 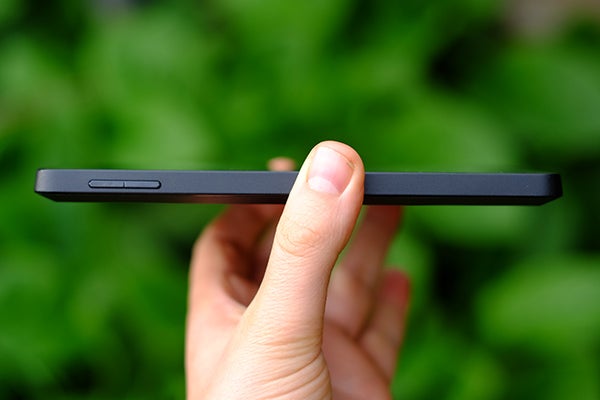 We get it: this kind of device makes sense again now that it costs £79, but if Amazon produces another 6-inch tablet next year, we may well end up calling it “what the Fire HD 6 should have been”.

The weight and thickness are two of the clearest disappointments here, and some of the few serious ones at the price. Its build quality is actually rather good given the Fire HD 6’s low cost, although we’d ideally like to see a soft touch finish rather than the roughened plastic texture here.

Of course, at £79 wanting to see what a second-gen Fire HD 6 would be like doesn’t mean you shouldn’t give this one a go for a year as well. Even if you sell it on for half the price 12 months on, it’s hardly the greatest financial loss, is it? It’d take a car about five minutes to depreciate by the amount you pay for this tablet. 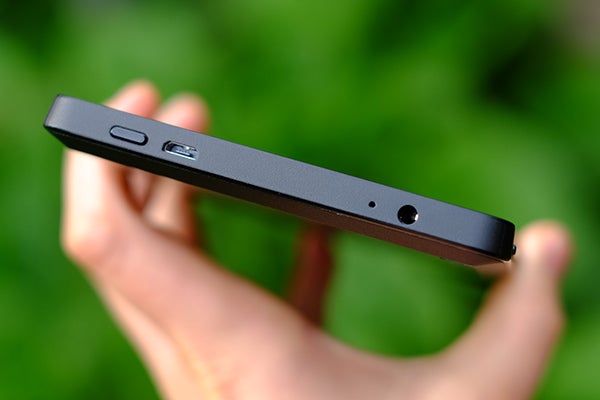 Hardware-wise, the Fire HD 6 is very simple. On the body you just get a microUSB port and a headphone jack. There’s no expandable memory, and the £79 version only has 8GB of storage. This will give you enough room for a few high-end games (or loads of casual ones), but more-or-less restricts you to just a couple of films on the tablet – you can of course stream away freely with services like Netflix and Amazon Prime Instant Video, though.

There’s a 16GB version that costs £99 too. It’s still a good deal, but when tablets like the Asus MeMO Pad 7 ME176CX are now available for under £100, the tablet loses some of its shine at this price.