OPINION: Nick Cowen asks if Destiny, The Crew and Tom Clancy’s The Division are a sign of things to come, just how successful can persistent world games be in proliferation?

Right, let’s clear something up right from the get-go. Persistent world games – that genre currently being touted as all that is new and ground breaking on a console – are neither new nor ground breaking.

Persistent worlds have been available to players to frolic about in for the better part of a decade and a half. The only difference is that way back when they were simply a part of a gaming experience known as Massive Multiplayer Online (MMO) RPGs and they were played almost exclusively on the PC platform – flops like Defiance and DC Universe notwithstanding.

Persistent world games are essentially an attempt by third-party publishers to bring something of the lucrative MMO experience to consoles. Titles like Destiny, The Crew and the forthcoming Tom Clancy’s: The Division offer console-friendly spins on the MMO templates.

Yes, they’re an FPS, a racer and a TPS respectively, but they’re nowhere near as deep as a game like EVE: Online or Rift. But their dynamic events, re-spawning enemies, RPG levelling mechanics, and vast, sprawling environments recreate the addictive grind of the best MMOs. Think of a diet MMO experience, and you’re starting to get the idea. 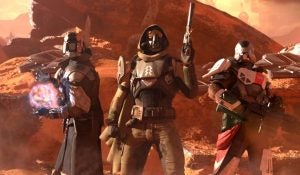 Load up on guns, bring your friends: Are persistent world games the next big thing on consoles?

In the last decade, World of Warcraft turned Activsion/Blizzard into the most bankable publisher on the planet. It’s likely this and the rise of multiplayer on consoles over the last generation caused third-party publishers to start turning their eyes towards producing MMO IPs.

It also may have something to do with the fact that open-world games outstrip the earnings of linear experiences head and shoulders – the likes of COD notwithstanding. For example; Naughty Dog’s post-apocalyptic survival horror, The Last of Us, is one of the most critically acclaimed games on Metacritic, yet it didn’t sell half as many copies as Watch Dogs, which critics roundly kicked on release, for three years of hype it could never hope to live up to. 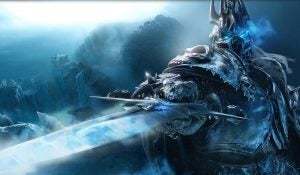 Shape of things to come: The success of World Of Warcraft certainly has console publishers interested

However, while they’re in the market to create MMO-type experiences, most developers and publishers shy away from calling them MMOs outright. This is partially due to social and genre stigma – MMOs traditionally (and inaccurately) are viewed as almost exclusively the province of hardcore nerds and (more accurately) hellishly long time sinks.

But there’s another reason publishers don’t want the MMO tag applied to their games and it’s not just because most games in this genre come front-ended with a subscription fee. In the last five or so years, MMOs have seen a significant loss in numbers. While World of Warcraft still boasts players in their millions, Blizzard’s sword and sorcery behemoth has been steadily shedding subscribers for a while – although WOW is occasionally buoyed with the release of the odd expansion pack. 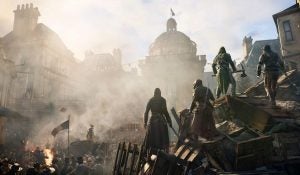 Kicking at the door: Games like Assassin’s Creed Unity and Far Cry 4 are a biscuit away from being persistent world titles

CCP, the developer behind EVE: Online, which interestingly has managed the neat trick of having an in-game narrative that’s completely player-driven, has provoked fan ire by trying to implement initiatives players disliked. Most recently, several in-game factions who despise each other banded together to sign a petition demanding less work and more fun in their MMO of choice.

Many high profile MMOs – Rift, Star Wars: The Old Republic (SWTOR), Aion – have all gone free-to-play, banking on in-game transactions to keep their player-base onboard and their servers online. One has to wonder if the first reveal of Destiny in Bellvue in February of last year – at which journalists were shown some concept art and a presentation that was cagey to say the least – only happened because a few months earlier SWTOR went free-to-play. All of the news coming out of Bellvue prior to that press event put the smart money on Bungie developing an MMO and when the words ‘BioWare’ and ‘Star Wars’ aren’t enough to ensure a hit, it’s a distinct possibility that investors could have become nervous. 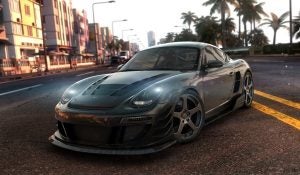 Big world, big game: The Crew is basically an MMO where the player’s avatar is a car rather than an elf… or an orc

If Destiny, The Crew and The Division are signs of the type of game the industry is moving in, it’s likely several other franchises could possibly follow suit. Ubisoft is particularly well placed to upgrade several of its gaming IPs to the persistent-world model. Given their enormous size and scope, Assassin’s Creed: Unity and Far Cry 4 could be precursors to their respective franchises in this regard and the fact that Watch Dogs is already experimenting with co-op play in the Bad Blood DLC may be an indication the developers have plans to take its open-world structure widescreen.

If this happens, however, it could make the gaming market even more competitive than it is already. Traditionally, while MMO players certainly enjoy other genres of gaming, they tend to pick one persistent-world and stick to it – mainly due to the massive amounts of time playing one consumes. If the market was to see a mass of persistent world IPs emerge in close proximity to one another’s release dates, you have to wonder who’d have the time to play them all at launch. And how many consumers would simply wait until those they were less interested in had hit the cut-out bin at their local retailer? 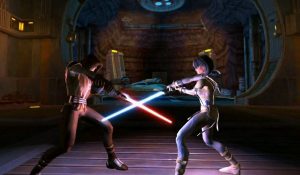 Combative genre: Not even the words ‘BioWare’ and ‘Star Wars’ are enough to ensure a hit in the MMO genre

Video games now cost more than ever to make. Destiny was rumoured to have run up an eye-watering bill in development, manufacture and marketing costs of $500 million. That’s a large risk to take with a new IP even when, in terms of its genre – console persistent world shooter – you’re currently the only game in town. Imagine trying to compete in a market where persistent world games are becoming more commonplace at a time where retail prices have gone up, the salaries of your average audience members have gone down and the time constraints of aging gamers means playing every game that catches their eye just isn’t feasible.

The size and scope of AAA games are changing, to be sure, but it remains to be seen whether bigger is necessarily better – or sustainable.