We have a look at some games that desperately need a sequel – and will probably never get one.

As former Epic Design Director – and Gears Of War co-creator – Cliff Bleszinski is fond of saying, “the last sequel they ever make in Hollywood is the one that fails to make money”. The same stands true of the video game industry where spiraling development costs demand huge sales if the longevity of an IP is to be ensured. If your game doesn’t sell, your franchise – and sometimes your studio – closes down.

Over the couple of generations, though, lack of sales hasn’t stopped some games attaining classic status. Some of them – such as Mirror’s Edge, which didn’t sell as well as its developer had hoped – are even in line for a revival. But these titles are exceptions that prove the rule. There are numerous titles crying out for a sequel and it’s unlikely they’ll ever get one.

Here are some of the games most deserving, to my mind, of a second outing we want given the next gen treatment.

Bulletstorm
Developed by People Can Fly, the studio behind the absolutely bonkers shooter Painkiller, Bulletstorm is one of the most underrated titles in its genre. Filled with lunk-headed thugs, bizarre weapons and epic set–pieces, Bulletstorm is one of the smartest and most innovative shooters of its generation. Players were rewarded for killing with style using guns, an electric whip that temporarily suspended enemies in the air, and pieces of their environment – such as man-eating plants and electric fences. It was an absolute blast to play – and the ending in the campaign left the door open for a sequel – but with just under a million copies sold, Bulletstorm simply failed to make a profit.

Beyond Good & Evil
Are they? Aren’t they? Players have
seen the concept art. They’ve seen the trailer. They’ve heard from
Ubisoft’s Michel Ancel who confirmed that a sequel to Beyond Good &
Evil, the zany and fun story of a reporter battling an alien conspiracy,
was definitely in development. But that was back in 2008 and not a hell
of a lot has emerged about Beyond Good & Evil 2 since then. The
only notable development in the last few years was Ancel’s departure
from Ubisoft in Montpelier and that apparently put the entire project on
hold. Boo! 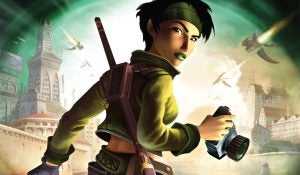 Psychonauts
Tim Schafer has been making left-of-the-dial fare
for years – Grim Fandango, Day Of The Tentacle and Brutal Legend have
all rolled off Double Fine’s conveyor belt – but players and critics
alike have a certain fondness for Psychonauts. This colourful
3D-platformer plonked players in the shoes of Raz, a budding psychic at a
camp for gifted kids, who realizes that something sinister is afoot.
Jam pack with zany characters and laugh-out-loud humour, Psychonauts has
built up a sizeable cult following over the years, and a sequel
wouldn’t be the worst idea in the world.

Bully
Bully arrived in the UK in the middle of a completely
unnecessary storm of controversy, which centred on the game’s name.
Concerned groups claimed that Rockstar’s game glorified bullying, which
was pretty ironic, since its protagonist, Jimmy Hopkins, begins the game
making friends with the social outcasts at his new school and teaches
them how to stand up for themselves. Bully – or Canis Canem Edit as it
became named in the UK – is actually a pretty light-hearted affair.
Unlike other Rockstar games, there are no guns, no grit and the odd
playground brawl is about as violent as things get. Even though it was
well received, Bully only shifted about 1.5 million units and we haven’t
seen young Mr Hopkins since. 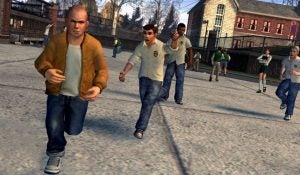 XIII
Ubisoft’s cel-shaded shooter wasn’t particularly
groundbreaking in either its mechanics or its structure, but its plot –
in which a protagonist with amnesia tries to uncover his part in a
conspiracy to kill the US President – was gripping throughout. Based on a
cult Belgian comic series, XIII kept the player guessing from the
moment its hero, Jason Fly, woke up on a beach without his memory, and
each act unveiled a new layer of intrigue. In fact, the game’s story
saved its biggest shot for its final act and ended on a cliffhanger…
that will never be paid off, because XIII didn’t sell very well and
Ubisoft canceled the series. Thanks, Ubisoft!

Vampire The Masquerade: Bloodlines
White Wolf’s tabletop World
Of Darkness series drew in a massive audience for Vampire The
Masquerade: Bloodlines and the fact that the game was fundamentally
broken in some places didn’t deter fans one bit. In fact, it’s largely
down to players making patches for the game and sharing them online that
Bloodlines was playable at all. They even went as far as to restore
content that had been deleted at launch. A fantastic example of rich
storytelling and absorbing world building, Bloodlines has a big enough
cult following that a sequel would probably do quite well. However,
since White Wolf has stopped producing new material and since its parent
company CCP cancelled its last game, it’s doubtful a sequel will ever
see the light of day. 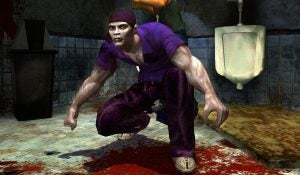 Shenmue II
Players have been crying out for a sequel to
Shenmue II for ages and it’s easy to see why. Yu Suzuki’s open world
adventure was perhaps the closest players had ever come to starring in
their own Kung-Fu movie and the world it presented them with was grand
in both its scale and ambition. There’s been talk of Shenmue II for
years, but fans have all but given up hope. Still, Suzuki said recently
he’s researching Kickstarter and having a look at going it alone without
Sega. Fingers crossed.

Left 4 Dead
The Left 4 Dead games are two of the most beloved
shooters from the last generation. This is probably because, due to the
fact that if players don’t work as a team they’ll die, it attracts a
far easier-going type of player than the potty-mouths in the COD and
Gears lobbies. We’d give our eye-teeth for a next generation installment
in this franchise. However, since its developer Turtle Rock is busy
making Evlove and its publisher, Valve seems more interested in Steam –
and they still owe us all a new Half-Life game – Left 4 Dead 3 won’t be
arriving any time soon. 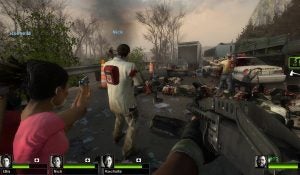 Black
Black swaggered off the blocks in 2006, announcing
itself to the world with the tagline ‘Gun Porn’. Its meticulously
crafted and soundtracked weapons weren’t its only draw, however.
Developed by Criterion Games Black drew from the cinematic of Tony Scott
and Michael Mann to tell a gritty story about a covert operative
tracking down a terrorist cell in Easter Europe. This was a stylish – if
rather short – shooter that boasted impressive set-pieces blistering
gunplay and enough explosions to send Michael Bay into orbit. Sady, in
spite of its open-ended and highly abrupt ending, it doesn’t look like
we’ll see Black 2. Co-creator, Stuart Black, said recently that plans
for a sequel have been scrapped over a bit of headbutting with EA.

Eternal Darkness
Eternal Darkness is a horror game that takes a
leaf out of the Cthulu Mythos and utilizes it as a mechanic. As with
H.P. Lovecraft’s works, the more horrors the protagonist runs into, the
more their sanity starts to go. Critically lauded on release, Eternal
Darkness bombed at retail. Since it originally landed on the Gamecube,
Nintendo may want to have a look at producing a second game in the
series – even if just to give the Wii U a much need shot in the arm.

Next, read why survival horror is making a comeback