Update: We’re expecting Google to announce its new Pixel and Pixel XL phones this evening, and both are set to be the mass-market debut of the Qualcomm Snapdragon 821.

Don’t call it a sequel: Qualcomm’s Snapdragon 821 is a slightly more powerful version of its 820 chip, with a minor bump in clock speeds across the board to give it roughly 10% more processing performance. The 820 will continue to be manufactured, with Qualcomm making very clear that this new specification is

Since it’s the same chip with the same architecture, the boost in clock speed will increase power consumption, so only manufacturers making phones with high-capacity batteries will want to put these in their phones.

The maximum clock speed of the two high-power processing cores have been increased from 2.2GHz up to 2.4GHz. The two lower-power cores have received a bigger boost, going from 1.6GHz to 2GHz. However, manufacturers have final say over how high clock speeds go so we may not see every Snapdragon 821 phone getting full power out the chip.

The Adreno 530 graphics chip has also received a slight performance increase, going from 624MHz up to 650MHz and possibly beyond, depending on the desires of individual phone manufacturers.

Our original article comparing the Snapdragon 820 and its predecessors is below.

Qualcomm didn’t have a great time of it last year with the Snapdragon 810. Yes, the chip powered a number of top handsets, and benchmarked well. However, it was hampered by reports of overheating and performance throttling – something we saw first-hand with the likes of the HTC One M9.

Samsung and LG turned to other chips for their early-2015 flagships. The Samsung Galaxy S6 ran on the company’s own Exynos chip, while the LG G4 took a slight step down to the less demanding Snapdragon 808.

Qualcomm seems determined to rectify those mistakes with 2016’s Snapdragon 820. The chip powers the new LG G5, the HTC 10, and even the Samsung Galaxy S7 in certain regions.

Naturally, it’s the fastest Snapdragon yet. But how much better is it than the Snapdragon 810? Let’s take a closer look. 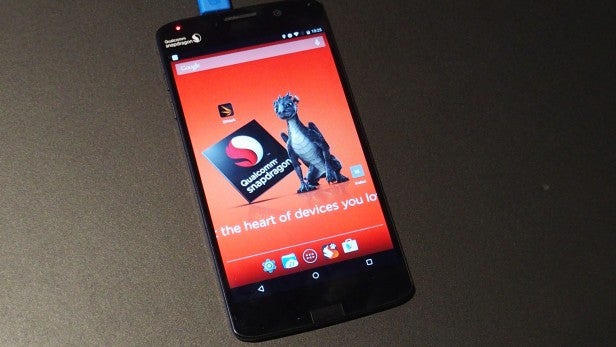 The new 14nm Snapdragon 820 has a completely different architecture to its predecessor, the 810. It’s comprised of the X12 LTE modem, Kryo CPU, Adreno 530 GPU, Hexagon DSP, and Spectra ISP.

The 64-bit Kryta CPU is one of the bigger changes and will reportedly offer twice the performance of the 810.

The CPU has a maximum 2.2GHz clock speed and is quad-core, not octa-core. Qualcomm claims the reduced number of cores won’t adversely affect performance, as Android, and the majority of its apps, still aren’t optimised, nor demanding enough to need octa-core muscle. 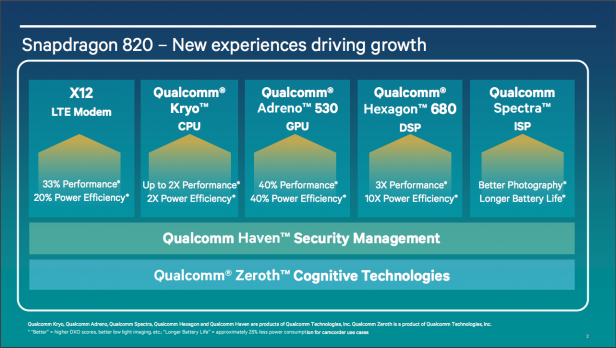 Specifically, the spokesman at hand argued, “The most important thing to have is peak single-threaded performance, as most of the time only one or two cores are active.” He added, “When most phones are playing games, web browsing, or just word processing, usually only 1.5 cores are active at any one time”.

The Adreno 530 GPU is, on paper, similarly impressive and according to Qualcomm will offer “40 per cent better performance than the 810.” As an added element of futureproofing, it’ll also include support for the recently unveiled Vulkan API as well as the more common OpenGL 3.1 used on most current Android games.

For those not in the know, Vulkan was previously known as the “Next Generation OpenGL Initiative” and is designed to make it easier for developers to make great-looking games. It already has massive support from big names in the games industry, including Valve.

If UK networks get on board, this means a smartphone using the Snapdragon 820 could theoretically see speeds of up to 600Mbps downlink, and 150Mbps uplink. This is a massive improvement on the 810’s X10 LTE modem, which offered lower theoretical maximum download and upload speeds of 450Mbps and 50Mbps respectively.

The X12 is also the first modem in the world to support LTE on unlicensed spectrum bands, further future-proofing the chip.

We initially tested the Snapdragon 820 on an early custom reference Android Marshmallow phablet that was designed to reflect the internal specifications of a 2016 flagship phone. Specifically the phone ran using a Qualcomm 820 chip and 3GB of DDR4 RAM, and came loaded with a sizeable 6.2-inch QHD display.

Running the 820 reference device through our standard suite of benchmarks, the handset proved blisteringly fast and outpaced both the Nexus 6P (Snapdragon 810) and Nexus 5X (Snapdragon 808) we had to hand.

You can see a full breakdown of how the three compared in the graphs below.

We’ve since added some real-world Snapdragon 820 results, now that we’ve had a chance to test the final retail models of the LG G5 and HTC 10. The results of those tests have been posted following the initial benchmark comparisons. 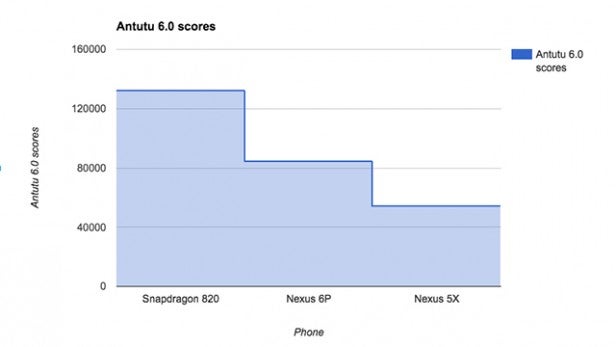 Antutu is one of the most common Android benchmarking tools and is designed to offer a general view of phones’ and tablets’ performance. The 6.0 version only recently launched and is listed by Qualcomm as one of the best available. As with many benchmarks, we can’t rule out some optimisation to achieve higher scores, but on this evidence Qualcomm’s 820 reference phone is 54% faster than the Nexus 6P in this test. 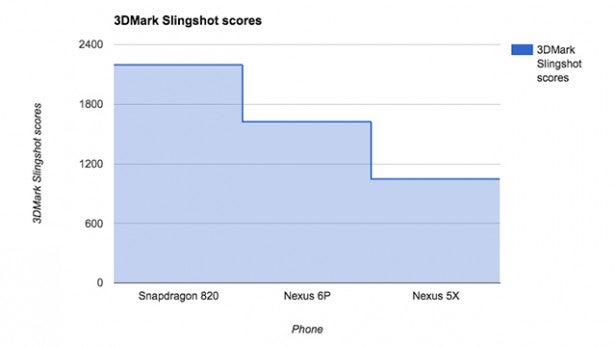 3DMark is a GPU focused benchmarking suite designed to test phones and PC graphics performance. It’s not included on Qualcomm’s list of “good” benchmarks, but is fairly well-respected in PC and laptop gaming communities and provides a useful cross-platform reference point. Here the increase is less pronounced but still significant, with the 820 phone outscoring the Nexus 6P’s 810 processor by 35%. 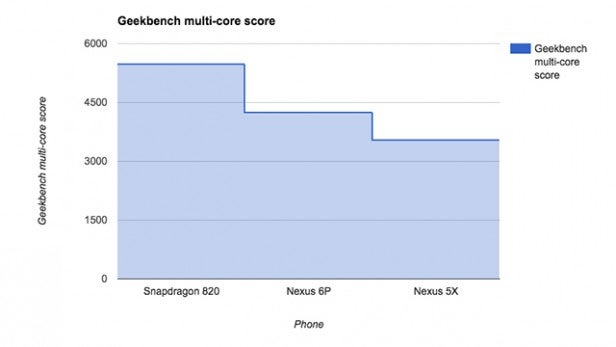 Geekbench 3 is another general benchmarking tool that works on smartphones, tablets and PCs. It’s also, historically, one of the more abused benchmarks out there. Like 3DMark, it provides a useful reference of theoretical performance. It isn’t the most ‘real-world’ relevant test out there, but it is one of the most popular and focuses mainly on the CPU. Here, the 820 is 26% faster. 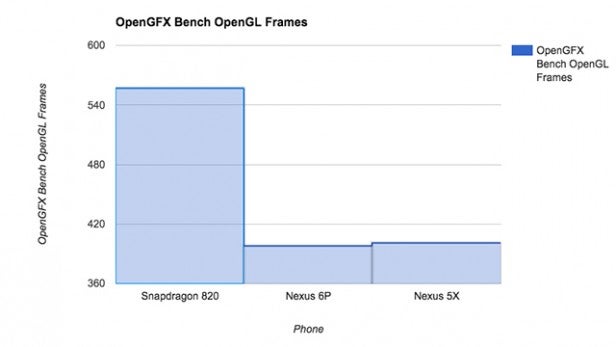 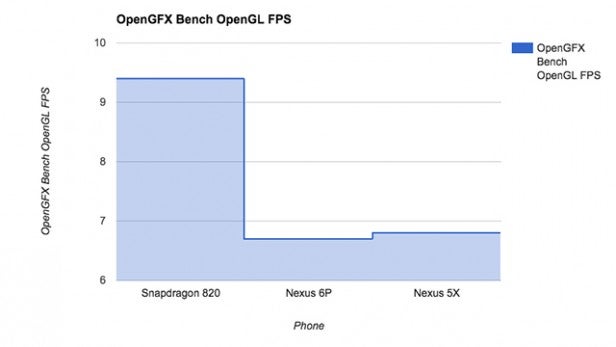 OpenGFX is a cross-platform benchmarking tool that measures devices’ graphical performance and render quality. It tests a GPU’s long-term performance by logging how many frames-per-second (FPS) it can handle while running sustained game-like animations for 62 seconds. The 820 performed 40% better than the 810 on the benchmark’s demanding “Cars” animation test.

Since we first wrote this piece, the LG G5 and the HTC 10 have hit the market. Both run on the Snapdragon 820, and so we’ve put both phones through their paces to see if our initial in-depth tests were accurate.

It’s worth pointing out that both phones utilise 4GB of RAM, which is more than our initial reference device. Both also have QHD displays, though the LG G5’s is 5.3-inches and the HTC 10’s is slightly smaller at 5.2-inches.

That being taken into account, the results were reassuringly similar to our reference Snapdragon 820 device. 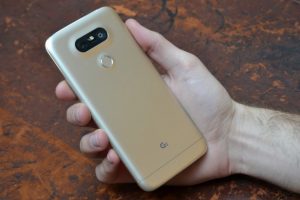 Sadly, we didn’t get to check Qualcomm’s bold claims about the 820’s power efficiency improvements during the initial test session.

According to the Qualcomm, the Snapdragon 820 uses 30% less power than the Snapdragon 810 overall. That’s thanks to efficiency improvements with the system-on-a-chip’s various components, like the Kryo CPU and Adreno GPU.

In real-world usage, neither the HTC 10 with its 3,000 mAh battery nor the LG G5 with its 2,800 mAh unit showed signs of spectacular gains in battery life. However, they both last solidly through a day of sustained usage, and we didn’t have any nasty surprises when using certain apps or games. 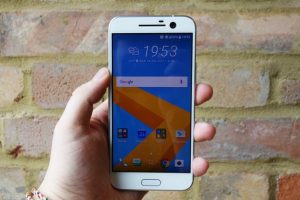 With both handsets we managed about three hours screen-on time per day, which is pretty normal. An hour Spotify streaming used up around 5 per cent for both, and watching an hour-long HD TV episode on either Netflix or BBC iPlayer with auto-brightness enabled chewed through 8-10 per cent in both instances.

Stand-by time was very good, with both phones losing just 3 percent overnight – though we have to remember that the latest version of Android has its Doze feature for just such occasions.

Our conclusion: the Snapdragon 820 is indeed more efficient than the Snapdragon 810 before it, but not to a transformative degree. Phone batteries are still around the same size, and you’ll still need to charge them every night.

Related: Octa-core vs quad-core: Does it make a difference? 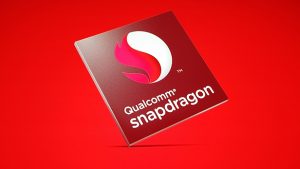 After extensive tests of the Snapdragon 820, both in an early test device and final hardware, we’re happy to report that it represents a return to form for Qualcomm.

We had high hopes based on the optimised reference device we used earlier in the year, where the 820 ran great. The early benchmarks showed the the new chip to be a powerhouse that offers superior general and gaming performance to the 810. The upgraded GPU’s support for the Vulkan API also makes the Snapdragon 820 feel fairly futureproof.

These early impressions have been vindicated by the uniformly excellent performance of the HTC 10 and LG G5, both of which handled everything we could throw at them with ease. The power of the Snapdragon 820 should be enough to ensure fluid performance for several years, unless Google pulls something exotic out of the bag in the next few Android updates.