Amidst talk of a new gold MacBook, iPhones curing diseases with ResearchKit and a little bit about the Apple Watch, Tim Cook did manage to find some time to squeeze in talk about the latest iOS software update.

Following the bug-ridden arrival of iOS 8.1 last year alongside the iPad Air 2 and iPad Mini 3, iOS 8.2 aims to address many of those stability issues. Additionally, it’s also improving features introduced in the previous version, including Apple Health and support for a certain smartwatch.

We’ve downloaded the 450MB update to an iPhone 6 and had some play time to find out what changes to look out for. 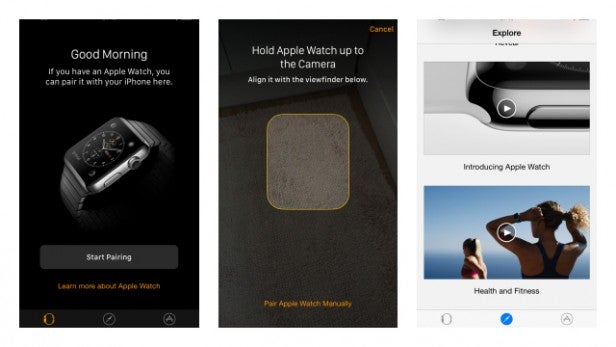 While you shouldn’t expect any major visual changes in the user interface, you will spot the arrival of a new app in preparation for the Apple Watch. The Apple Watch app, which can’t be deleted, isn’t all that useful until the smartwatch launches on April 24th. What you will be able to see is how you can pair the phone to the watch. This can be done either by holding up the watch to the iPhone’s rear-facing camera or manually doing it over Bluetooth.

Other than that, there’s a trio of videos to help you get familiar with the all the finer aspects of the Apple Watch and a holding page for the Apple Watch App Store, which is “coming soon”. 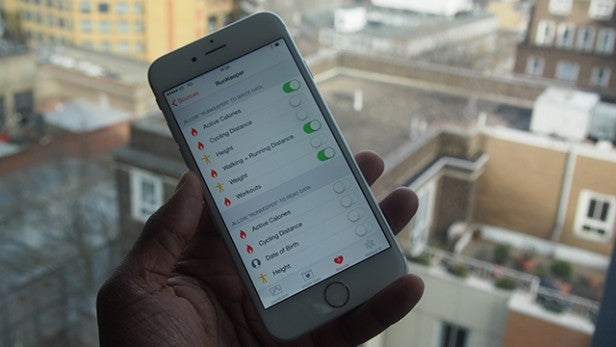 The more energetic iPhone users will be pleased to see big improvements made to the Apple Health app. Launched in iOS 8.1, the hub for all of your fitness and health app data can be stored all in one place.

Among the most notable changes is that you can now adjust units of measurements for data such as height, weight, distance and body temperature. With Medical ID, the place where you can store medical information in case of an emergency, you can now add photos to your profile.

One of the biggest selling points of Apple Health is the third-party app support. Now in iOS 8.2 you can see a visual workout within the Apple Health app. Taking the Apple Health-friendly RunKeeper app as an example, you’ll now be able to select what data will appear, whether it’s active calories or simply distance covered.

SEE ALSO: What is Apple HealthKit? 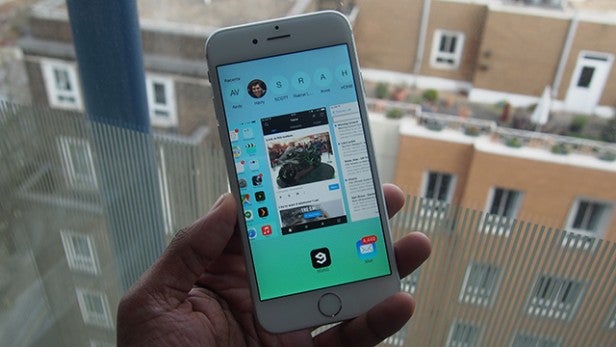 As is the case with all iOS updates, Apple has also focused on fixing issues with the previous version. In iOS 8.2, there’s a whole host of things Apple is looking to sort out.

Stability improvements should be seen with core apps like Mail, Music and the new Flyover feature in Maps. Features such as VoiceOvers and connectitivty with made-for-iPhone hearing aids have also been refined.

On the bug-fixing front, Apple has outlined the entire list on its support page. The most notable include dealing with the issue where some music or playlists didn’t sync from iTunes to the Music app, adding the ability to navigate to favourite locations in Maps and addressing timezone issues in the Calendar app.

Apple has made some tweaks to the user interface, like adding a recent contacts display in the Spotlight mode, which can be accessed by double-tapping on the home button. 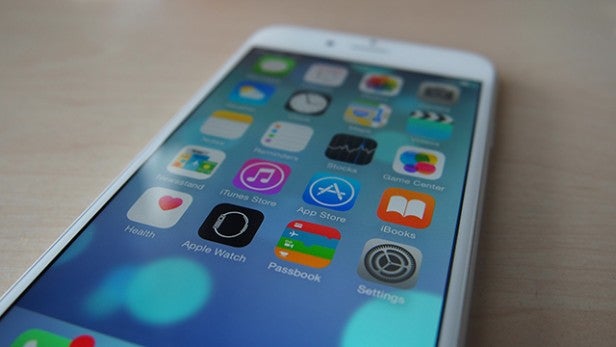 Inevitably, when some users install the latest iOS update, it’s not always plain sailing. The iOS 8.2 update is no different and some iPhone owners have complained about the phone’s battery life taking a hit. One user had pinpointed that the fitness-tracking features are to blame. Thankfully they’re easy enough to switch off. Simply head to Settings, select Privacy, press on the Motion & Fitness option and toggle off Fitness Tracking.

If you’re still having problems, try checking whether third-party apps are leeching off the battery by going to the battery usage section in the phone’s settings.

Have you downloaded iOS 8.2? Do you like the changes? Let us know in the comments section below.