How Apple HealthKit is going to keep the doctor away

On the 9th of September, Apple will launch the iPhone 6, which means that it will also be launching a new version of iOS.

One of the big new features of iOS 8 will be an app called Health, as well as the related HealthKit framework. But what exactly are Health and HealthKit? How is Apple planning on revolutionising healthcare? Where does the iWatch fit into all of this?

Here’s what we know so far including Apple’s plans for your data and what the experts are saying about HealthKit. 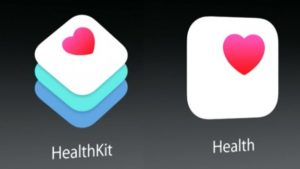 There are two distinct things under discussion here: Health and HealthKit. Health is Apple’s new health-oriented app, which will arrive as part of iOS 8, whether you’re purchasing a brand new iPhone 6 or upgrading your old iPhone 4S (and everything in between).

Health is, very simply speaking, a hub for all of your health-related devices and a store for all of the related data. It pulls together your fitness tracker stats, blood pressure readings, weight, body fat, calorie intake, existing medical conditions, and even your sleep patterns – all in a unified dashboard.

HealthKit, for its part, is the framework that sits underneath this Health app and allows developers to feed information into it, as well as to draw appropriate data out for their own uses.

Why is HealthKit necessary?

Apple has observed that a lot of useful personal health information is currently sitting in a series of individual silos, blocked off from one another. By providing an environment in which all of this data can sit and be readily accessed by third party apps and devices (with your permission, of course), it hopes to provide a wider view of your health.

For example, information gleaned from a nutritional app will be able to inform your fitness apps for producing a custom fitness program, even if those apps are made by entirely different (and even rival) developers.

Of course, HealthKit will mean nothing without widespread support, but you can bet that Apple will secure it.

The main example Apple’s Craig Federighi used at the announcement of HealthKit back in June was Nike. The sportswear company is reportedly working to integrate HealthKit into its Fuelband app, adding nutrition and sleep information obtained from elsewhere to give you a more accurate fitness program.

Apple also announced that it was working with the Mayo Clinic, a US medical practice, to feed a patient’s health readings back to its app and check that everything’s well. If it’s not, the Mayo Clinic app will notify a doctor, who can then reach out to the patient.

Apple is similarly working in a similar way with Epic Systems, which provides electronic healthcare record systems to a number of hospitals around the US.

It’s also been reported in recent weeks that Apple is in talks with major American insurance companies such as UnitedHealth and Humana. The idea seems to be that these companies could possibly reward healthy customers who agree to submit their HealthKit data with lower premiums.

Obviously this is all very US-centric, but there’s no reason a similar system couldn’t be adopted elsewhere including in the UK.

What will Apple do with all of the HealthKit data? 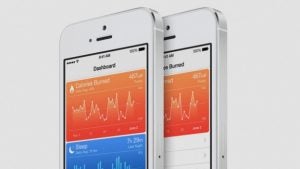 Probably not a lot. As with Apple’s HomeKit initiative, which promises to serve the burgeoning home automation market, HealthKit is designed to facilitate and join together disparate health and fitness apps and devices.

Apple doesn’t want to become an expert in such health technology – it just wants to provide the means through which such technologies interconnect and communicate.

What the experts are saying about HealthKit

Apple featured the comments of Dr. John H.Noseworthy, CEO of the aforementioned Mayo Clinic, at the launch of HealthKit. He had this to say: “We believe Apple’s HealthKit will revolutionise how the health industry interacts with people.”

But not every healthcare expert has been quite so enthusiastic about the concept of HealthKit. The biggest concern seems to concern the accuracy and reliability of the data that will be gathered and stored within the Health app.

“Whilst having this data could be of use, a doctor is unable to guarantee that whichever blood pressure monitor, glucose monitor or fitness tracker a patient is using will be accurate,” Dr. Dushan Gunasekera told Forbes. “Because of this, it’s unlikely that we’ll ever be at a point where a doctor will take a look at your phone and be able to give a diagnosis.”

There’s also the related matter of interpretation. Without a doctor to hand to digest this data and relate it to the patient’s unique physiology, there’s the risk of inaccurate self-diagnosis.

“Some patients will develop anxiety over less than perfect figures and it could end up being an unhealthy obsession,” said Dr. Rakesh Kapila in the same piece.

Another issue the matter of privacy. “I’ve talked with many tech people about the challenges of making an app reach the standards of the strict HIPAA compliance,” said Mike Sevilla, M.D. in a blog post. “Not only does Apple want to hold health information on the phone, but also potentially have two way health information exchange with institutions.”

Sevilla believes that Apple will have a tough job convincing patients that their sensitive data is fully secure. It’s worth noting that Apple recently modified the terms of HealthKit to ensure that user data cannot be sold or used in any other way by third parties, but concerns will doubtless persist. 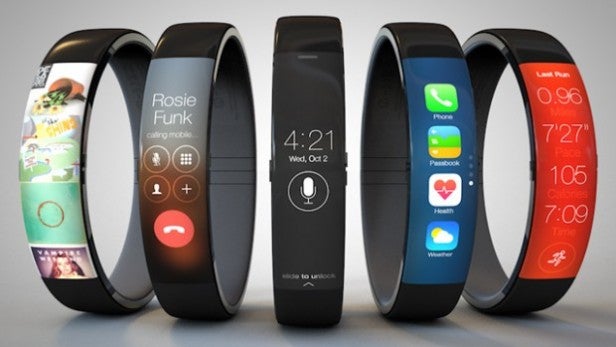 Of course, while Apple has made no statement on the subject, it’s widely expected that HealthKit will tie in closely with the company’s forthcoming wearable device ecosystem.

It’s known from early developer versions of the software that HealthKit has the ability to record heart-rate data from a wrist-based device.

The so-called iWatch will reportedly be unveiled on September 9. Whatever form(s) it takes, this wrist-mounted device will almost certainly feature heart rate-monitoring and motion-sensing technology as standard. The Health app should thus be integral to Apple’s plans to take health and fitness tracking to a whole new level.