After the One M9, the Galaxy S6 and the S6 Edge, next off the flagship conveyor belt is the Huawei P8. The Android smartphone successor to the P7, which is also launching alongside the P8 Max.

As you’ll see from our Ascend P7 review, we weren’t that enamoured with last year’s effort. So how is life going to get better with the P8?

Here are the biggest new features to look out and how it compares to its predecessor.

One thing we did like about the P7 was the design. While it lacked the more unique curved metal unibody of something like the One M9, elements like the textured aluminium trim and glass back helped make it one of the best-looking phones Huawei had come up with.

With the P8, you’re now getting a metal aluminum unibody minus the P7 glass back and some iPhone-esque features. There’s the antenna lines in the back, and it’s even available in the same colours as Apple’s smartphone. Unlike Samsung’s phones, you don’t get that ugly protruding camera lens, although the speaker does sit on the bottom edge just as it does on Samsung and Apple’s phones. 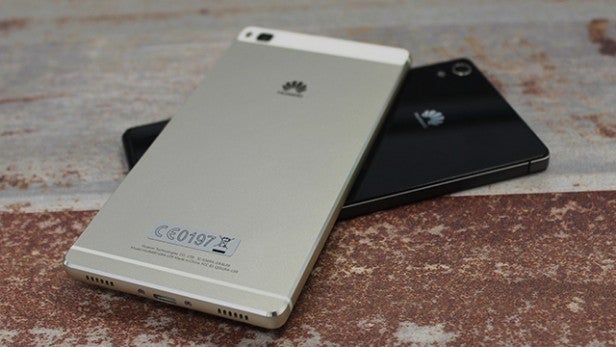 One of the most interesting new design features is the dual SIM card slots. Dual SIM as a feature is not exactly new, but Huawei does support dual 4G LTE nano SIM cards and can use one of the slots as a micro SD card to expand storage.

Will it be enough to stand out from the crowd? We’re not sure yet, but it looks like it’ll be another well-designed flagship from Huawei.

Slimmer but not by much

When Huawei launched the P6, it was the world’s thinnest smartphone measuring in at just 6.18mm thick. That was three years ago though, and since then phones have managed to break the 5mm barrier (see Oppo R5).

So Huawei no longer has that ‘world’s thinnest’ tag to hold onto but it does have a phone that’s skinnier than the P7. It’s not by much, though. The P7 was 6.5mm thick and the P8 drops down to 6.4mm thick. Ultimately, you’ll be getting a very slim smartphone to slip into your pocket, and the fact there are slimmer ones is kind of irrelevant. 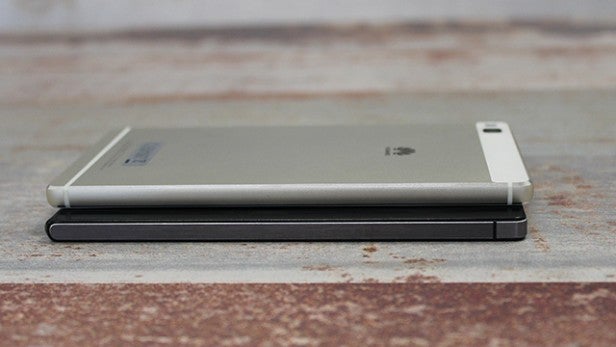 Jumping from a 5-inch to a 5.2-inch LCD screen, Huawei has gone slightly bigger but is sticking with the Full HD 1080p resolution. No 2K here folks. Huawei has reduced the size of the screen bezel in what it’s calling a ‘frameless display’. Anything that gives more room for the screen is a good thing in our book.

It’s using the same IPS-Neo display technology found on the Ascend Mate 7, so the key benefits should be improved viewing angles and improved contrast. While you’re unlikely to get the same deep blacks and sharpness as you do on a Note 4 or the S6’s 2K screen, it should be one of the best LCD screens to use. 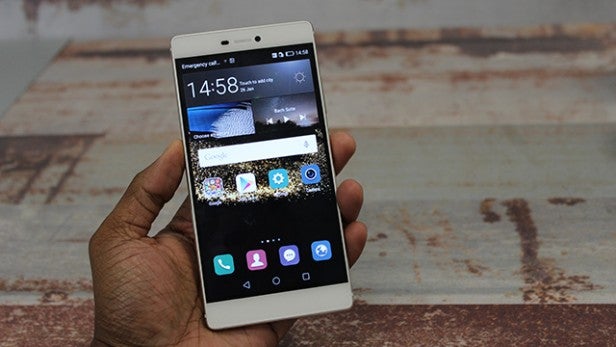 Huawei is sticking with a 13-megapixel sensor and a an 8-megapixel up front. Elsewhere, it’s making some big changes that could make it an intriguing smartphone camera to use.

First up is the addition of optical image stabilization, something
that’s already popped up in the Samsung Galaxy Note 4, Nexus 6 and
iPhone 6 Plus. This should improve low-light shooting and Huawei claims
it has an anti-shake degree that’s greater than the iPhone 6 Plus to
take better low-light photos.

That main camera uses a ‘4-colour RGBW imaging’ sensor. What that means is unlike most smartphone cameras, which use a RGB array sensor, the additional white filter when combined with the DSLR-grade image processor, helps reduce the level of light lost and should in theory reduce image noise.

There’s no surprise to hear that the P8 has received a bit of a processor upgrade. The P7 runs on the company’s own quad-core Kirin 910T chipset and has now moved to an octa-core Kirin 930 processor. That’s four A53 Cortex chips clocked at 2.0GHz and four more locked at 1.5GHz. There’s an extra GB of RAM and Huawei is promising 20% improved power efficiency. 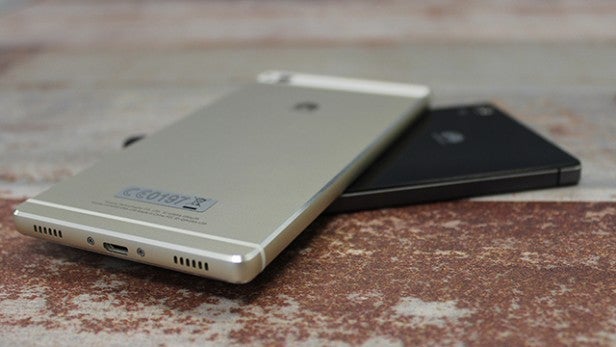 We say bigger battery but it’s not by much. The P8 moves to a 2,600mAh capacity battery, which is up by just 100mAh. The problem with the P7 was that it sacrificed battery life for slimness. Huawei says the P8 will be able to deliver one day’s use on heavy usage and a day and a half on normal usage.

It’s also adding a power consumption firewall, which blocks abnormal power usage from your apps and should give you improved battery life.

Huawei likes its gimmicky features, so it’s no surprise there’s a few with the P8. It still runs on Android with Emotion UI on top, but has been upgraded to Lollipop and EMUI 3.1.

One of the most bizarre new additions is the knuckle gesture technology. You can now double tap with your knuckle to capture images and even use it to crop photos. How useful is that really going to be? We’re not so sure at the moment. 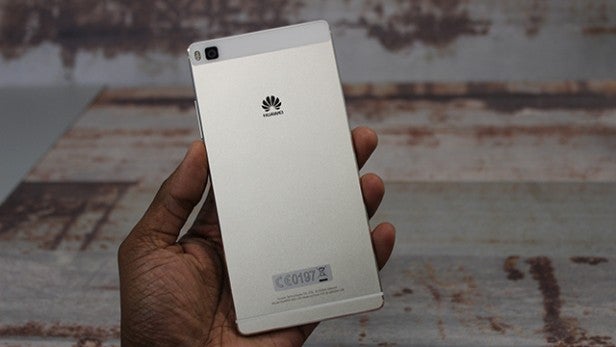 Elsewhere, there’s a smart international dialler, which adds the prefix number automatically when you are travelling abroad.

Huawei TalkBand B2 support means you can unlock the phone from your wrist via the wearable and there’s even a 4.3-inch e-ink display that clips onto the phone when you need to tuck into your ebooks.