I’ve seen a lot of phones during my time in this industry. I’ve seen candybars and clamshells, the world’s thinnest phones and those with curved, flexible and even transparent displays. Until now, however, I had never seen one as big as the Huawei P8 Max.

Forget blurring the lines between smartphones and tablets, the P8 Max kicks those lines in the shins and simply does its own thing. The handset – if I can call it that – features a massive 6.8-inch display. As well as being a full 1.6-inches biggest than its smaller, flagship sibling, the Huawei P8, the Max is just 0.2 of an inch off lining up as a direct Nexus 7 rival.

When is big too big? Based on my hands-on time with the Huawei P8 Max, well before you get to 6.8-inches.

There’s no escaping it, this thing isn’t just big, it’s huge. Forget the pocket-stretching likes of the iPhone 6 Plus or the Samsung Galaxy Note 4, the Huawei P8 Max has taken things to new – frankly ridiculous – levels.

With a number of high-profile tablets on the market sporting smaller displays – I’m looking at the Amazon Kindle Fire HD 6 here – the P8 Max’s form is nothing short of confusing. Sized like a tablet, skilled like smartphone, the Max is a halfway house device that falls between the cracks of credibility in either camp.

I found the handset ok to hold but difficult to use – at least one handed. Trying to type a message or URL was awkwardly uncomfortable with one hand. As an adult man of average hand proportions, I struggled to stretch my thumbs across the phone’s not inconsiderable width. At this point, portability and practicality go out the window.

Despite being too big for most standard functions, the Huawei P8 Max is a brilliantly built product. The phone’s aluminium body looks and feels the part, pairing a high-end, easy-on-the-eye finish with a well balanced, robust feel.

At 6.8mm slim, the handset is not oversized in all directions. Sadly however, at least on first use, the P8 Max’s negatives far outweigh the positives – at least on a design front. 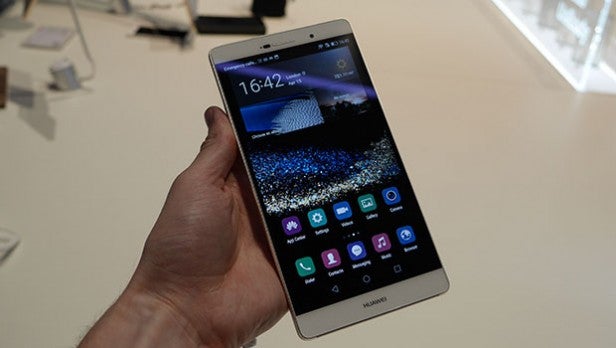 Despite stretching a 1080p Full HD panel over a near 7-inch form, the P8 Max’s screen is a strong addition. When I approached the handset for the first time I expected grainy images and a blocky text. What I saw, however, was a bright, vibrant, detailed display that is suitable sharp for most daily tasks.

Unlike its smaller sibling, a 2K panel here would make a notable difference, if only a small one. That said, I found text sharp and video playback fluid. This is key as video is one area where the phone’s oversized features come into their own.

Huawei has attempted to keep the P8 Max’s overall footprint down while adopting an oversized display. It has done this by minimising the phone’s bezels. The company has been relatively successful in these attempts, with the phone’s 83 per cent screen the body ratio a market leader on the phablet front.

Finishing things off, a Corning Gorilla Glass 4 protective coating should help ensure the phone remains impervious to scuffs and scratches. 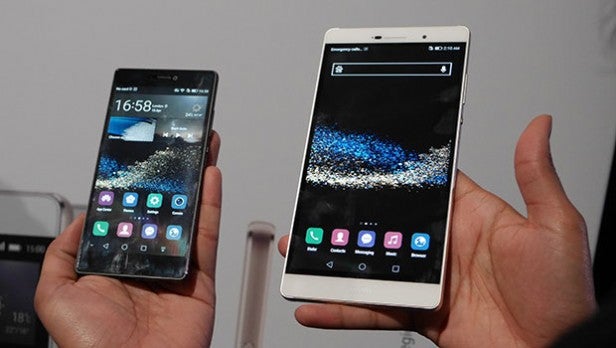 Big in stature and ability, the Max’s features list is an impressive one. The phone is powered by Huawei’s in-house Kirin 930 chip. This 64-bit, octa-core chip offered more than enough power for early tests, with all app launches and multitasking commands handled with consummate ease.

This processor, which should offer more than enough grunt for even the most demanding of users, is backed up by 3GB of RAM and 32GB or 64GB internal storage options. Both capacities are enhanced by microSD expansion and are available in single and dual-SIM iterations.

As has become the norm, the Huawei P8 Max runs a skinned version of Google’s latest Android 5.0 Lollipop OS. Huawei’s Emotion UI has come a long way in recent years and has continued to evolve on the P8 and P8 Max. Dropping some of its more childlike styling issues, I found the software skin to be more refined and sophisticated than in recent years.

However, while manufacturers such as Samsung are stripping back their UIs, Huawei’s Emotion offering is still slightly cluttered. Customisation options though are strong, with a mass of varying themes available to help you better attune the handset to your tastes. 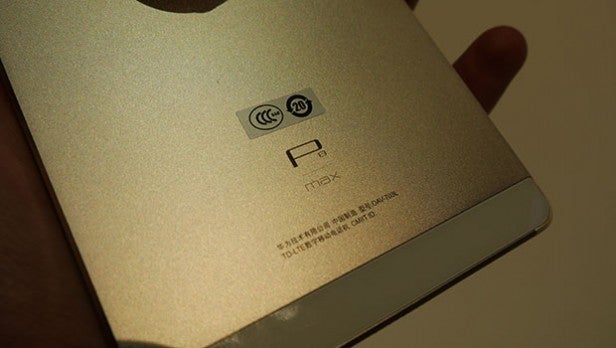 Such a sizeable device needs a sizeable battery to keep things running. Here, Huawei has bestowed its latest phablet with a massive 4680mAh power supply. According to the manufacturer, this should offer two full days of use on a single charge.

At this stage, however, this is nothing but a hollow promise. All manufacturers make lofty battery life claims, few fulfil them. Given my limited time with the device, I’ve been unable to test the Max’s staying power. This will be fully addressed in our full Huawei P8 Max review, coming soon. 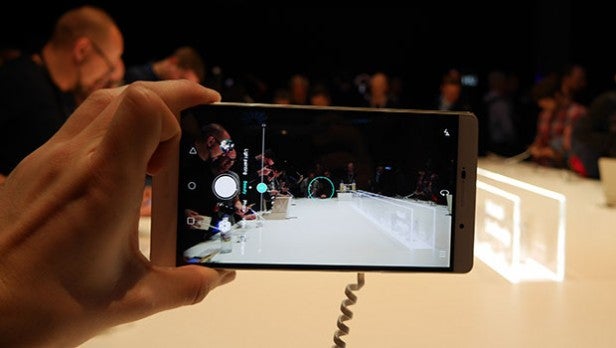 Like its little brother, the Max plays host to an impressive camera collection with a 13-megapixel primary shooter lining up alongside a secondary 5-megapixel camera up front.

On first use, in challenging lighting conditions, the Max produced solid, but not groundbreaking results. Its low light abilities we put to the test, with results balancing well between areas of light and shade. Similarly, the front-facing camera produce decent images that lacked a bit of depth.

Further, more intensive camera tests are required before we can pass final judgement on the phone’s imaging abilities. 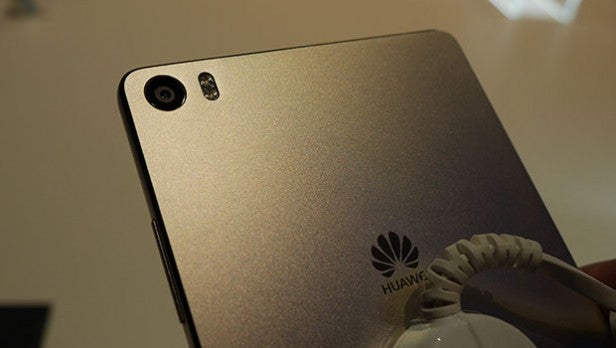 The Huawei P8 Max is an impressive device with major identity issues. Too big to be a practical primary phone, its USP runs the risk of being its downfall.