Initially announced alongside the Galaxy S6 and then released shortly after the Note 5 hit shelves, Samsung’s mobile payment solution goes directly up against Apple Pay. Both aim to let your phone replace your wallet, but there are plenty of differences.

Of course, it’s important to note that while Apple Pay is now fully out and working in the UK – unless you bank with Barclays – while Samsung Pay is restricted to South Korea and the USA.

So how do they compare? Let’s take a closer look and see.

Both Apple Pay and Samsung Pay share a common purpose – to enable card-free, wallet-free payments from your smartphone.

In both cases, you can store your debit and credit cards securely on your phone. It’s then possible to make payments by holding that phone up to a retailer’s payment point. 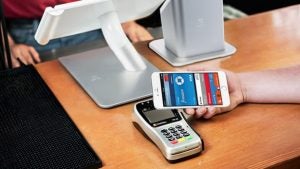 This is where the two
standards really differ. Apple’s implementation of Apple Pay is really
quite traditional, in the sense that it follows the NFC standard that
had been established in previous mobile payment systems.

You can
only make Apple Pay payments in NFC reader-equipped retailers – those
that still carry traditional card readers are entirely out of the loop
until they upgrade.

And that’s where Samsung Pay could really trump Apple Pay. Thanks to Samsung’s acquisition of LoopPay, it has implemented Magnetic Secure Transmission technology into its payment system.

This
essentially fools classic magnetic stripe card reader technology into
thinking a physical card is being swipe through, when it’s actually a
digital signal. In practice, it will feel much like a standard NFC
payment.

As such, retailers don’t need to upgrade in order to accept mobile payments from Samsung Pay devices.

Of
course, Samsung Pay also makes use of NFC technology, where available,
to make modern mobile payments. This will become more prominent as time
progresses, but for now Samsung Pay’s legacy support knocks Apple Pay
into a cocked hat. 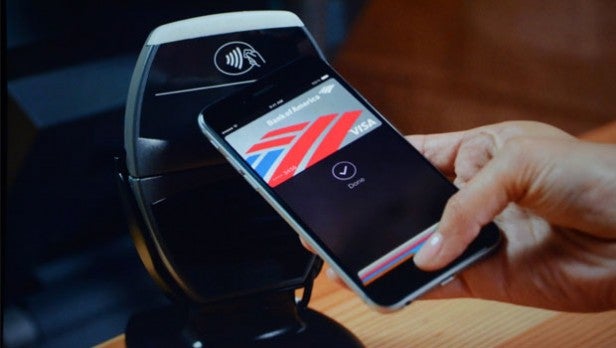 Apple Pay currently works with the iPhone 6, iPhone 6 Plus, plus the Apple Watch will also enable you to use a paired iPhone 5, iPhone 5C, and iPhone 5S.

Samsung Pay, meanwhile, will work with the Samsung Galaxy S6, S6 Edge, S6 Edge+ and Note 5 along with whatever devices it releases later on in the year.

Elsewhere, both standards are supported by the major debit and credit card companies, including MasterCard and Visa. Apple Pay has a slight advantage in that it also has the support of over 90 banks, though we can expect Samsung Pay to make improvements on its own relatively modest number of supported major banks.

However, in terms of retailer support, Apple Pay’s aforementioned technological limitations ensure that it only has around 220,000 US shops in its corner. 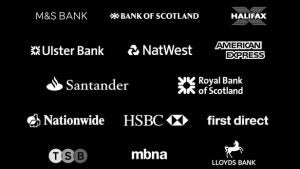 You’ll also be able to use it at all the retailers that currently accept Contactless payments, think places like Waitrose, Pret a Manger, McDonalds and so on.

LoopPay, meanwhile, has stated that its system – the one that forms the basis of Samsung Pay – “has the potential to work in approximately 90 per cent of existing point of point-of-sale terminals.”

Previously this would have granted Apple an advantage, as Touch ID has led rival mobile biometric systems by some margin when it comes to reliability and intuitiveness.

However, the fingerprint system built into the Samsung Galaxy S6 and Samsung Galaxy S6 Edge managed to eliminate that gap and draw level with Apple. Both systems simply require a light press of the home button to authenticate. 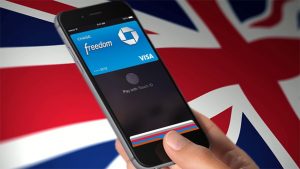 In terms of the authentication between device and payment point, Apple Pay and Samsung Pay are very similar. Both utilise Mobile Digital Enablement System tokenisation.

Tokenisation means that rather than sending out your payment details to the retailer’s system, both Apple Pay and Samsung Pay will generate and send out unique “tokens” applicable to a single specific payment.

This ensures that it will be virtually impossible to lift your card details from the information shared in a mobile payment. 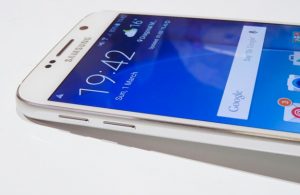 Again, Apple Pay has an advantage here by virtue of being available right now, but that’s only in the US and UK currently. It should spread outside these borders this year, but when is anyone’s guess.

With the launch of the S6 Edge+ and Note 5,
Samsung announced that its Pay service is just about ready. It’ll
launch first in Korea, then the States in September before coming to
Europe in ‘the near future’.

At this early point, Apple Pay obviously holds the advantage by virtue of it being in the market and doing relatively well. But it’s only in two markets, the UK and US.

Samsung Pay, on the other hand, has the genuine potential to overtake it – and to do so quickly.

It has nothing to do with the relative merits of Samsung’s and Apple’s handsets, either, although Samsung needs the Galaxy S6 and Galaxy S6 Edge to keep on selling well if Samsung Pay is to flourish.

More important to its prospects is the fact that Samsung Pay has addressed the matter of retail support. You’ll be able to make payments using Samsung Pay even in shops that still use the old-fashioned card swipe system. That’s huge.

As we suspected, 2015 is going to be a pivotal year for mobile payments – and these two systems are going to be key to the direction they take.