Apple Pay or Google Wallet? We compare the mobile payment platforms hoping to change the way you spend your money

The days of carrying a wallet, taking up valuable space in your pocket may be over. Well, that’s what Apple and Google want you to think anyway.

The two tech giants have both unleashed mobile payment systems on the world, well mainly in the US of A, but do they spark the end of the physical bank card? Let’s take a look.

While making payments from your phone is still in its infancy, the release of Apple Pay is really the first time it’s become mainstream. Even though Google Wallet has been around for a number of years now.

There are multiple parts to each system. The actual ‘paying’ bit, which lets you ditch the plastic and use your phone instead, and a wallet type bit, which collects your cards and makes it possible to buy goods online with just a tap.

For us, the most interesting part is definitely the ‘paying’ bit. Both Apple Pay and Google Wallet accomplish this through a NFC chip, something commonplace amongst Android devices but restricted to the latest two iPhones – the iPhone 6 and 6 Plus and the upcoming Apple Watch.

With Apple Pay you simply touch the iPhone against a compatible contactless card payment station, confirm your identity through a tap on the TouchID sensor (this is quite an important part, we’ll talk more about it later) and voila, payment made. The current incarnation of Google Wallet works in similar way, though you have to manually open the app and tap in a PIN before making a payment.

Aside from allowing you to make payments, both Apple Pay and Google Wallet have another function – letting you safely and securely buy goods online without having to give each individual sites and apps your bank details. In the case of Google Wallet, this works online, but due to the requirement of TouchID, Apple Pay can only be utilised on the iPhone 6 and 6 Plus, along with the latest iPad Air 2 and iPad Mini 3.

SEE ALSO: What is LoopPay? How Samsung will take on Apple Pay 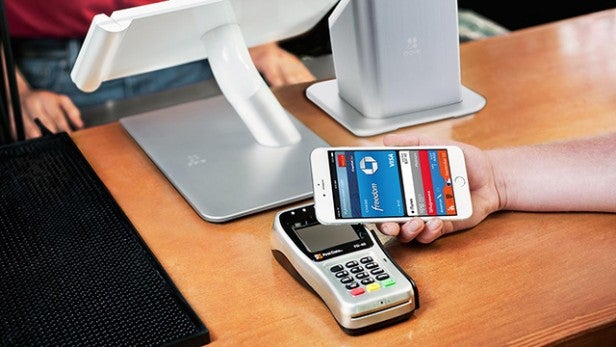 Where can I use them and what can I buy?

The first thing we need to mention here is that the majority of Google Wallet’s features and currently all of Apple Pay’s features don’t work in the U.K.

While that’s a shame, we’re expecting it not to be the case for much longer. Apple has already stated it should be bringing its Pay system to British shores sometime this year.

Across the pond in the USA, support for Apple Pay has been growing at a steady rate since it’s inception in October 2014. Retailers like McDonalds, Foot Locker, Nike, Subway, Staples and a host more all support the service, but all you really need to look out for is the contactless symbol.

Anywhere where you currently use contactless payments, here in the UK, should work with Apple Pay when it launches.

Google Wallet has similar support, so you can make payments in America wherever Mastercard PayPass is accepted.

Both systems feature online and app support too, so partnering sites can let you use Apple Pay or Google Wallet instead of its native pay system. Apple Pay however is always restricted to users on iPhone 6 and 6 Plus, along with the iPad Air 2 and iPad Mini 3.

Unlike Apple Pay, there are a couple of ways we can use Google Wallet right now in the UK. Aside from using it to store cards to buy directly from Google, either through its online store or Play store, Gmail recently introduced a nifty send money feature. This lets you send and also request money, from your Google Wallet, directly through an email, just click the ‘£’ icon. 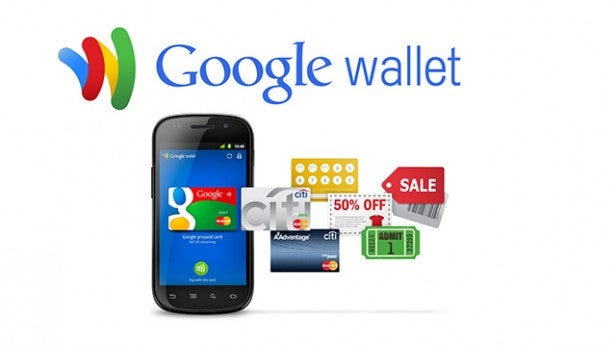 If you’ve got an iPhone running iOS 6 or higher, you’ll already have the Apple Pay app installed. Even though you probably won’t be able to use it. It’s Passbook, the icon you dragged into a ‘Random’ folder on your homescreen and most likely forgot about.

With the release of Apple Pay, it’s got a whole lot more useful. Instead of just holding a few loyalty cards, virtual plane tickets and your Starbucks membership, you can now scan in your credit and debit cards (as long as it’s from a supported bank), it’ll grab all the information and then you’re ready to start spending.

Google’s Wallet app is downloadable from the Play Store (in the US) and often comes pre-loaded on new Android devices, though this is very carrier dependant. It boasts the same card scanning features as Apple Pay, ditching the end to input your digits, but it doesn’t boast any sort of bank partnerships.

Lacking the bank partnerships (these haven’t been announced for the UK yet) leads to a couple of points. Firstly, it improves overall support, as it’s not restricted to certain banks, but it does mean you have to put all of your trust into Google?

Other additions to the Google Wallet app include a PayPal like money sending service and support for loyalty cards.

For people to really embrace mobile contactless payments, they need to know their important card details are thoroughly protected. And are not going to end up dumped all over the internet after a hacking.

Both these systems work quite a lot differently when it comes to security and we have to say that we are more impressed with the route Apple is taking.

When you add a credit or debit card to Apple Pay, Apple doesn’t actually get this information. It stays completely on your phone, with only your bank giving it the once over to double check nothing fishy is going on. If you trust your bank, in theory, you should trust Apple Pay.

All your payments are also secured with your fingerprint and TouchID, rather than a simple PIN or passcode.

Google, on the other hand, stores all your details on its own servers, so when you add a card in you’re handing over your account details and so on. This advantages to this is that Google doesn’t need to partner up with banks to get the service up and running, but the downsides are obvious.

Apple Pay definitely edges it in the security stakes, so far anyway. The added protection offered by the TouchID fingerprint sensor, combined with the fact your data isn’t actually ever seen by Apple severely diminishes the likelihood of anything going wrong. Touch wood. 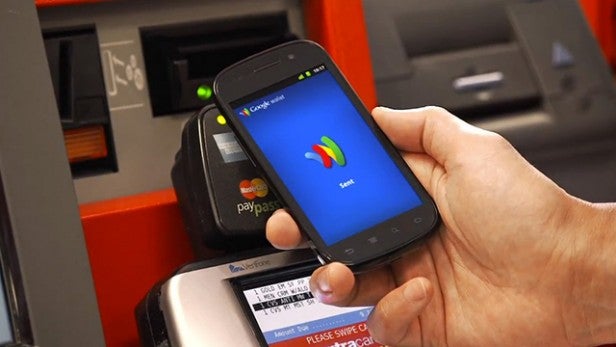 While Google Wallet has been around for a while, both it and Apple Pay are really just starting out and pioneering the mobile payment landscape. But, the future does look bright.

Take Apple, when the Apple Watch launches in the coming months it’ll add another string to the bow of Pay, payments directly from your watch. Google also has Android Wear, so building wallet support for this would also increase functionality.

There has also been rumours swirling recently that Google will completely rebrand Wallet to make it a more obvious Apple Pay competitor and its recent purchase of Softcard only fuels that fire further.

Softcard, was developed by US carriers Verizon, AT&T and T-Mobile and currently competes with Wallet and Apple Pay in the USA.

Both platforms have their merits but it feels like right now, Apple have all the tools to really push mobile payments forward.