Here is a breakdown of what you can expect from VIZIO’s TV range in 2021. From its affordable budget TVs, to its featured packed LCD LEDs and OLEDs, we’ll be listing the latest TVs you can buy from the California-based brand.

VIZIO is a huge player in the US TV market, offering a wide selection of models and specs to appeal to all sorts of buyers from its cheap TV range to its premium OLED TVs. This guide will list all the available models in the 2021 range, as well as details on pricing.

New is not the word we’d use to describe VIZIO’s 2021 TV range. The home cinema brand skipped the hustle and bustle of CES 2021 as it had nothing new to announced at the event. That’s largely because VIZIO got ahead of the game and announced its 2021 TV line-up in the middle of 2020.

The 2021 TV range is made up of the OLED, P-Series, M-Series (M8/M7) and V-Series. If you see any other letter, that’s likely to be an older range (like the D-Series). This guide will list the newer model numbers as the older M-Series TVs are still available to purchase. 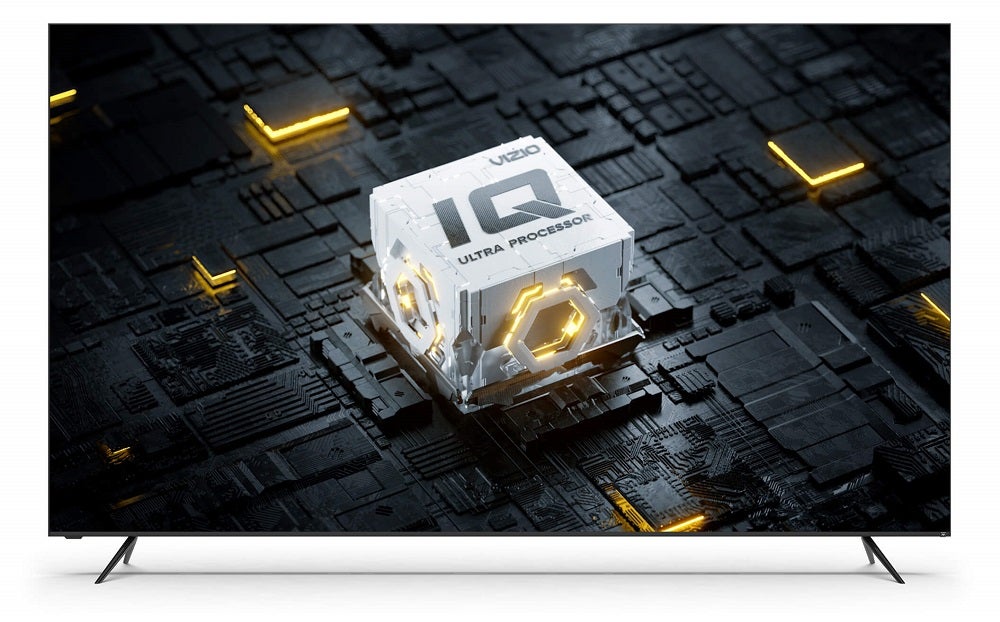 For its 2021 TV line-up, VIZIO has beefed up its processor with the all-new IQ Ultra and IQ Active processors. Featuring 64-bit image processing, the company claims its latest IQ processors can provide “pixel-level contrast enhancement” for better depth and dimension to images.

They’re also faster than before, “smoothing out contours and gradients” in real-time for a more natural-looking image. Upscaling is said to be more accurate with sub-4K content, reducing noise and artifacts, as well smoothing out diagonal edges for a sharper and cleaner look. The 3D color engine is smarter too, offering a more vibrant and nuanced color performance. All TVs have multi-HDR support with Dolby Vision, HDR10, HDR10+ and HLG supported. There’s no Dolby Vision IQ or HDR10+ Adaptive support.

The higher-end models in 2021 line-up – that’s the OLEDs, P-Series, M-Series Quantum TVs – have enhanced gaming performance thanks to the ProGaming Engine. The engine supports Variable Refresh Rate (VRR), Auto Low Latency Mode (ALLM) and 4K/120Hz for a smoother gameplay experience. Input lag has been reduced, and with ALLM, the TVs automatically send the TV into its game mode, so gamers don’t have to worry about adjusting settings themselves. 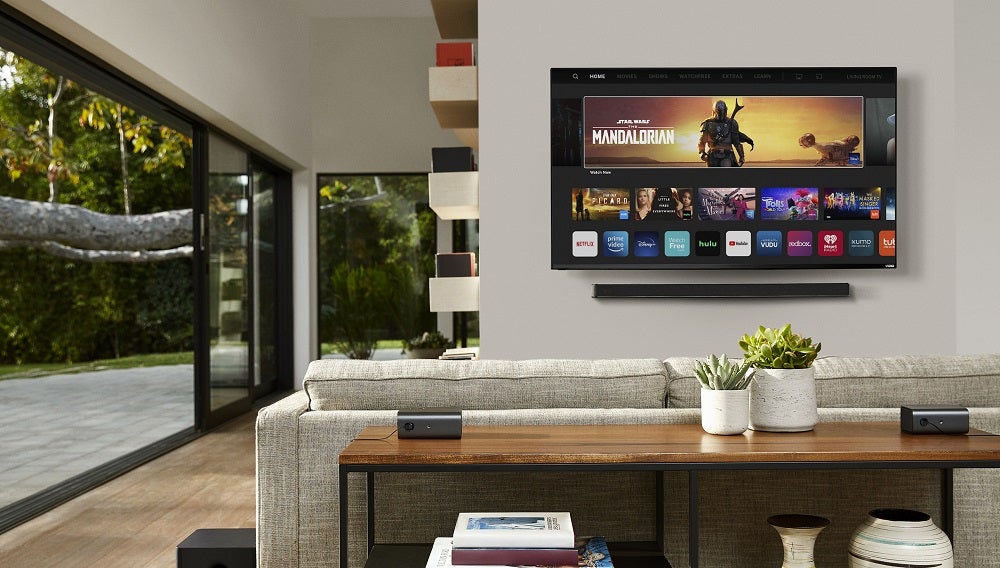 VIZIO beefed up its SmartCast platform with the new IQ processors that offer increased speed, a UI with access to popular streaming services such as Netflix, Hulu, Disney+, YouTube and Prime Video, as well as over 200+ free streaming channels.

Last September it added Apple TV, bringing the Apple TV+ streaming service to its platform, a huge library of films to rent and buy, as well as the option to subscribe to channels such as CBS All Access, ShowTime and Starz through the app.

With people staying home more often in the past year, the company expanded its range of free programming aimed at kids with content now available 24/7. That will certainly keep them occupied.

SmartCast also has integration with AirPlay 2 and built-in Chromecast so you can stream from a range of devices. Hands-free operation is also possible through Siri and Google Assistant, while the sets “work with” Alexa enabled devices. 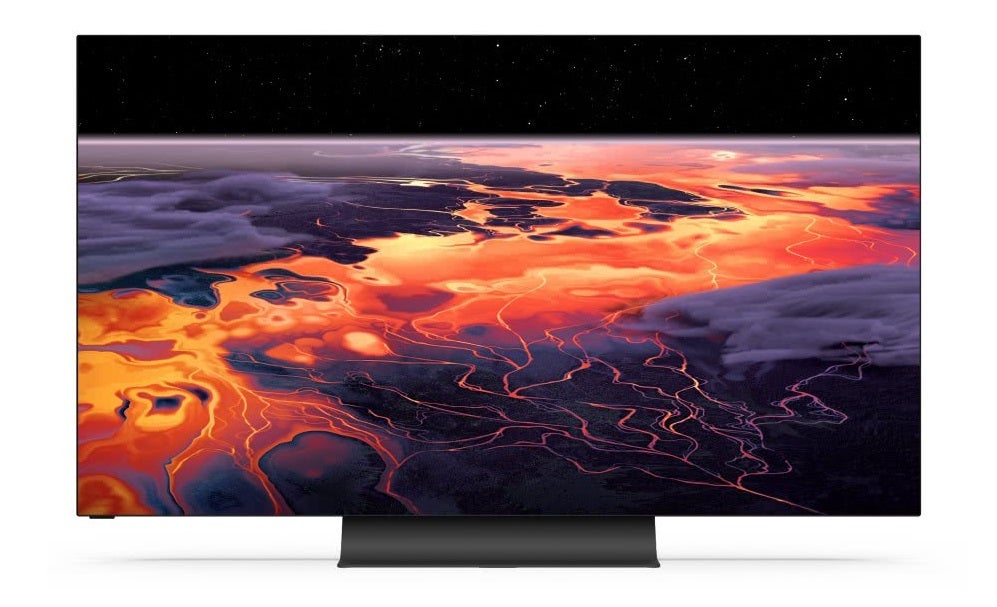 VIZIO launched its first OLED in 2020, bringing wide viewing angles, perfect black levels and rich contrast to its line-up. Design-wise the TV features a virtually bezel-less screen on an aluminum-finished pedestal base, with the panel hitting 4mm at its thinnest point.

It has the company’s most powerful chip yet in IQ Ultra processor for upscaling of sub-4K content. There’s also the company’s Ultra Color Spectrum (which supports over a billion colors), and the TV can cover of 98% of the DCI-P3 color spectrum for a more accurate image. Peak brightness is said to be around 800 nits.

HDMI 2.1 features are included for enhanced gaming sessions with 4K/120fps support. The ProGaming Engine automatically enables the game mode whilst helping to refine HDR tone mapping performance for gaming. There is no AMD FreeSync support on the OLED models.

With the SmartCast platform there’s built-in Chromecast, Apple AirPlay 2 and HomeKit functionality, and of course access to various streaming apps and channels. As VIZIO also specializes in home cinema audio, they recommend pairing this OLED with its 5.1.4 Atmos Elevate Sound Bar, which can be sat on the base for a more harmonized AV set-up. 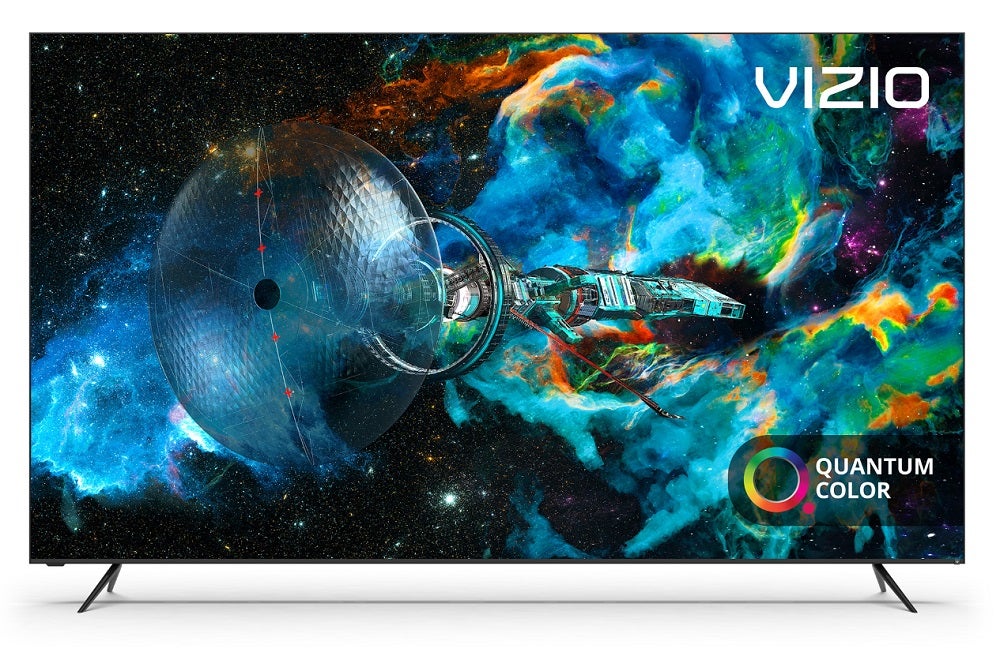 Sitting below the OLED is the P-Series Quantum X. It produces a HDR performance beyond any other VIZIO set, with a claimed peak brightness of up to 3000 nits and a full screen performance of 800 nits (65-inch and 85-inch models). The 75-inch model is rated at a slightly less enthusiastic 2800 nits of peak brightness.

With its Full-Array LED backlight it offers deeper blacks and better contrast levels than the cheaper LED models, with the 85-inch model featuring a staggering 792 zones of local dimming (480 for the 75-inch, 384 for the 65-inch). That should reduce the effects of blooming (halos around bright objects) with HDR content. Color reproduction is emphasised by the Quantum Dot panel, with VIZIO saying it produces 180% more color compared to conventional 4K sets.

The design is a 4-sided bezel-less frame for a sleeker, minimalist look, and you get feet instead of a central stand. Otherwise, most of the features on the OLED carry over.

The P-Series Quantum shares characteristics with the Quantum X series, but HDR performance is downgraded to around 1200 nits of peak brightness. It also carries the Quantum Dot color technology, features up to 240 local dimming zones for the 75-inch set and carries the top range IQ Ultra Processor for 4K upscaling and image quality.

While you get AMD’s FreeSync technology, that’s a downgrade from the FreeSync Premium in the Quantum X TV series.

The P-Series Quantum is available in 65- and 75-inch sizes, so it’s a TV ostensibly made for bigger rooms. Both this and Quantum X have an anti-reflective screen to eliminate glare in bright rooms, while the P-Series design gets a 3-sided bezel less aluminum frame. 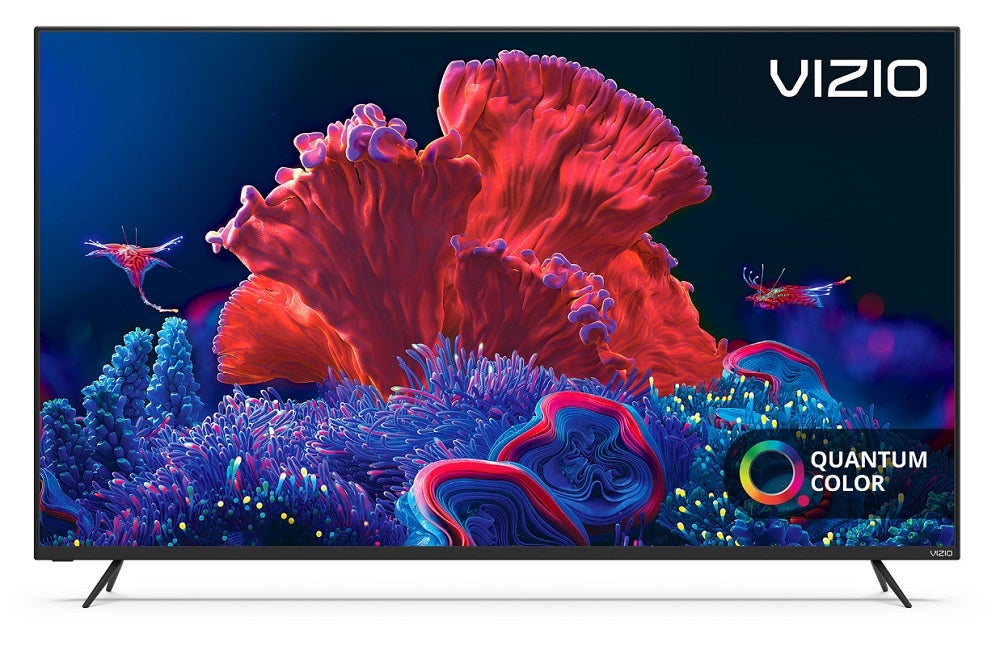 The M-Series sees further drops in specs and features from the P-Series, but the benefit is these TVs can be had for well under $1000.

It retains a Full-Array backlight panel, and that offers 90 local dimming zones (at both sizes) for the adjustment of contrast and black levels, as well as limiting the effects of blooming. Peak brightness claims to be around 800 nits, but expect average brightness to be less than that. The M-Series loses the top-end IQ Ultra processor, trading it for the IQ Active version. You still get HDMI 2.1 functionality, but it’s not as complete with 4K/120fps swapped out for 4K/60fps refresh rate.

Sizes are slightly more abundant here compared to the M8 series with the appearance of a 50-inch model. The construction of the M7 models appears to be the same as the M8, so the differences here lies in the feature set and performance.

HDR brightness drops further and so does the local dimming performance, with a maximum of 30 zones on the 65-inch M7 and 16 on the 50-inch model. Expect black levels and contrast to be lower than what you’d get from the above model.

HDMI 2.1 functionality extends to ALLM, VRR and eARC (only 4K/60fps), and for gamers there’s the ProGaming Engine. SmartCast support means you get access to popular streaming apps and channels, built-in Chromecast, AirPlay 2 and wide-ranging voice assistant support. If you’re after an inexpensive model in VIZIO’s range, the M-Series would be it. 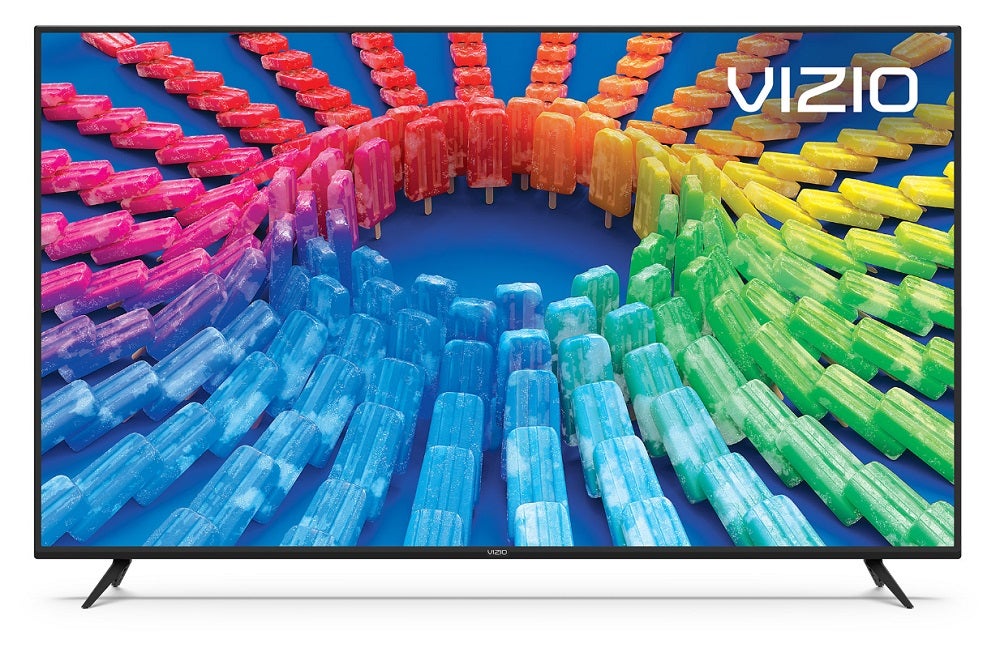 The V-Series is the cheapest model in VIZIO’s 2021 TV line-up and the feature set reflects its status. The design is not much different in appearance to the above models, but it’s likely to look and feel cheaper in terms of build quality. There’s more variety in terms of sizes with 40- to 75-inch options.

You get the IQ Active processor, but lose out on the Quantum Dot wide color gamut panel; so color performance won’t be as expressive as the above models. VIZIO does tout its Active Pixel Tuning technology that offers “intelligent” pixel-level brightness adjustments to create higher contrast and picture accuracy. The range features an LED backlight but doesn’t have any dimming zones, so contrast and black level performance will see a drop compared to the higher models in the range.

For gaming the V-Series gets the V-Gaming Engine, but – despite what the VIZIO website says – you lose some of the enhanced gaming functions; so there’s no VRR or 4K/60fps/120fps here. eARC is kept for passing through high quality codecs such as Dolby Atmos. With SmartCast support, the list of smart features is the same as in the other sets.